With two World Titles and three Pipe Master crowns to his credit, Tom Carroll is one of the most respected surfers in history. Despite being small in stature Carroll has always been a giant performer in the big-wave arena.

Even today, in his mid-50's, he remains a tube-riding maniac. He put on an incredible performance during the Pipeline Masters Heritage Heat in 2014, and returned to Teahupo'o last year, a wave he first surfed more than 20 years ago. We caught up with the Australian legend to find out about those early missions to Tahiti's renowned wave, and what he makes of the place today. 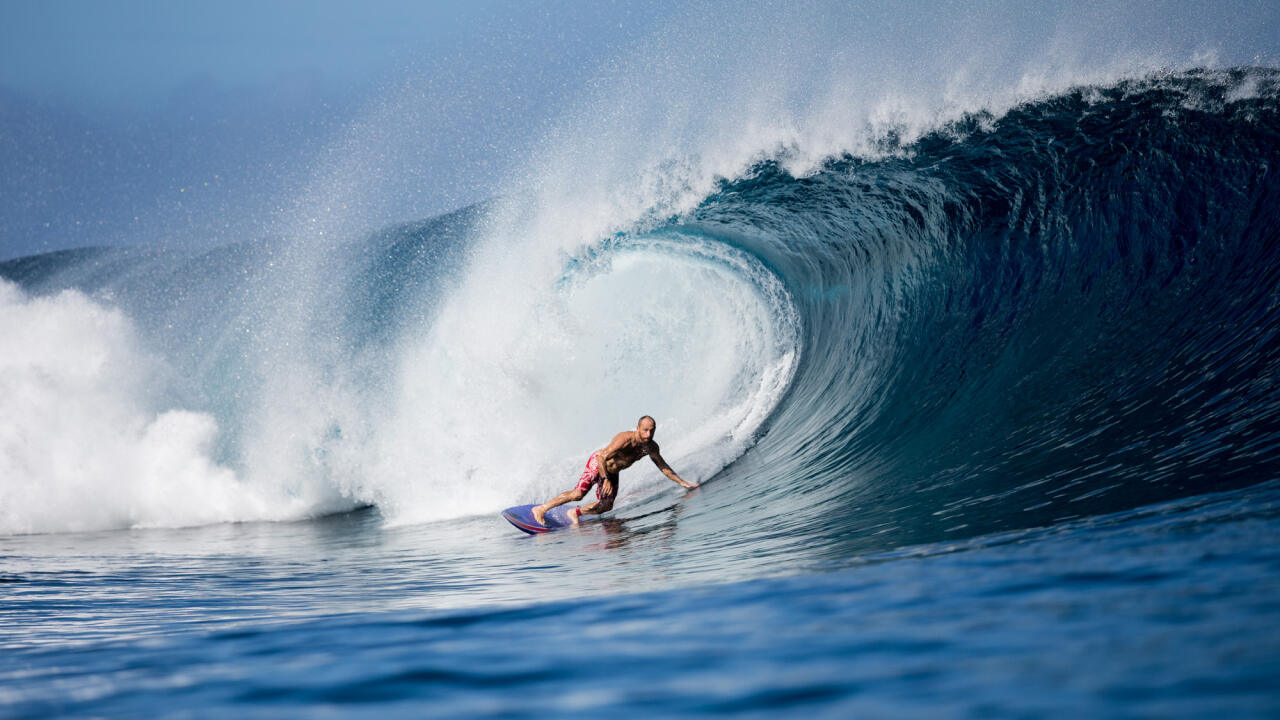 WSL: What comes to mind when you think Teahupo'o?
TC: I can't believe they run an event there (laughs). My first experience was in 1992, and it just felt like no one would find the place, really. It was so remote. I mean when you look at Tahiti on the planet, it's remote, but then you get to Teahupo'o, and it's remote Tahiti. So it's extraordinary we've found it, and are holding a really well known international event there. Then you think of the actual wave, when it does its thing, more disbelief… and the way surfers are surfing it today, and there's even more disbelief (laughs). That place is one of the most extraordinary, beautiful places I've ever been. It's enchanting. Everything thing about Teahupo'o is an extra-sensory experience.

How did you find yourself there?
We went to Moorea for a Quiksilver shoot. Mickey Neilsen came over from Pape'ete, and told us we had to go surf at the ‘end of the road'. He said no to Jeff Hornbaker coming, who was the cameraman, as he wouldn't let anyone shoot it. So it was myself, Ross Clarke-Jones, Doug Silva, Titus Kinimaka, Micky, and young Aboriginal surfer Kenny Dann. 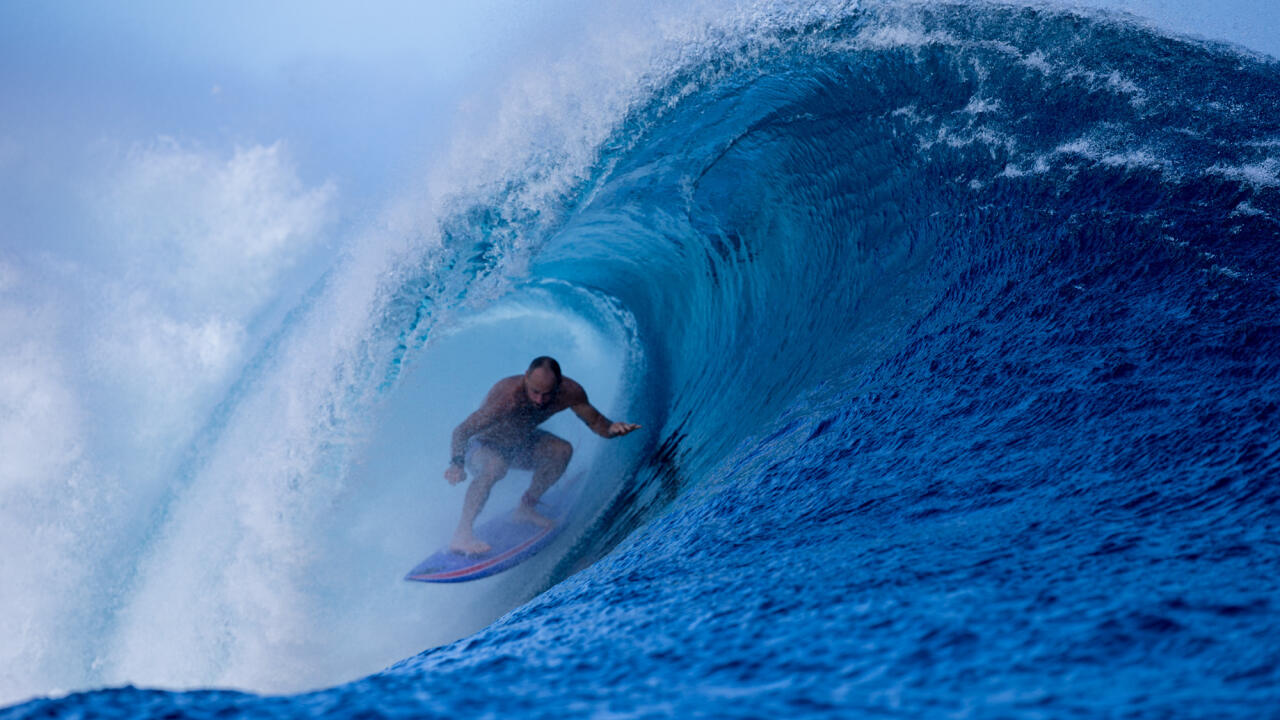 First impressions?
I couldn't see anything as we pulled up at Teahupo'o. No waves wrapping perfectly, just a little barrel appeared in the gap of the reef. I wondered what could be so special about it? We literally had to walk across this little bridge at the end of the road, past a few houses along a little Tahitian track, in this rural area with a beautiful lagoon.

We jumped off the point, into this strong current and got sucked around the reef, and out to Teahupo'o. The surf didn't look big, so I paddled further up the point, thinking I would get one from deep inside. Then all of a sudden this wave appears, which looked like a set, and it just transformed (laughs). It was completely different from any other wave I'd seen. I dropped into it, and got this crazy barrel. It turned a corner while I was in it, but I sneaked out before the closeout.

It blew my mind. I can clearly remember that first wave at Teahupo'o. Felt like it came out of the blue, and we were in the middle of nowhere. Plus, there were all these colors, and fragrant in the air, massive eels in the streams, trickling out from these incredible mountains in the backdrop. There were rainbows... . It was overwhelming for the senses, such a powerful experience. One of Carroll's most renowned moves was his snap under the hook at Pipeline in 1991. He still loves to slam on the brakes. - WSL / RyanHeywood

You returned of course, but how did Laird Hamilton's millennium wave impact your perspective on Teahupo'o?
He did an incredible thing. It was like he was out there in space (laughs). The spaceman, doing his own mission, completely different from everyone else. He had his Laird spacesuit on, and he was floating in outer space.

Have you ever been during an event?
I haven't, but that would be so amazing. It must be the most extraordinary spectacle. Just watching the event on the webcast, and heats like those with John John, Medina and Kelly… that event when they made the semis was probably the most spectacular event I've ever seen, because of the level of surfing was so high, in such intense conditions. Owen Wright was extraordinary the year before too. And watching surfers attack it during that big Code Red swell, which arrived during the event one year.

Kelly Slater vs. John John Florence: The Best Heat Ever?

It was like a whole different kind of surfer showed up. Guys like Nathan Fletcher, Laurie Towner, Dean Bowen, all of them were charging. I couldn't believe what they were doing. Then that wipeout from kite surfer Niccolo Porcella, who went over the falls -- that was so heavy. I think it's evidence that when a wave is more powerful, we become lighter. We become kind of less than anything... It's as if, even though some bugs hit the windscreen when we're driving a car, the thickness of air carries bugs over the contours of the car. Its like they get sucked over safely, but every once and a while one splatters (laughs).

That's my theory. When we go over the falls, the inertia and thickness of the water cushions you, or you get thrown away from the impact zone. Those moments are so violent, and so fleeting when it's like that. It's kind of like, the bigger the wave the better (laughs). Beause if you get smashed in smaller Teahupo'o, that's when you get really screwed up.

What about memories of Andy Irons there?
Andy and Bruce [Irons], they both had a loose, free approach to the wave. They just appeared to be at home. It suited every part of their body and movement. Andy wouldn't even think twice about sliding down the face of a wave there, and pulling up into it. It was groundbreaking. Andy was the best surfer out there on his backside at that time. Kelly was challenged by that, really made him work on things inside himself. Andy raised the bar. Teahupo'o and Andy were like perfect partners.

What do you anticipate for this year's event?
I'd say Medina has a pretty good chance. He's brilliant on his forehand in the barrel, so he'll be looking to up his ante. I have a feeling we haven't seen the best of John John there yet, even though we've seen amazing surfing by him. Then of course you can never write Kelly off. How he positioned himself up in the tube, hands-free, in the heat against Medina. One of the best things I've even seen done on a wave, ever. Putting yourself in that spot, at Teahupo'o, in the semifinal of competition was amazing. If Kelly's feeling it and he wants to push himself, like we saw in Fiji this year, he's brilliant.

Gabriel Medina reached the top of the Teahupo'o podium in 2014, which helped him nab his first World Title. He's hoping to repeat both feats in 2016.

What about Wilko?
He's still up there in the lead, and obviously wants a really good result. He'll have to put in his best performance ever at Teahupo'o, at a real critical time. He's definitely not one to rule out, especially if he starts to get a feel for it and makes his way through the rounds. He could be dangerous. Teahupo'o is definitely a mind game, and this year is really turning into such a wide-open race. It's going to be incredible. Wilko's Teahupo'o experience shouldn't be overlooked. He is definitely not one to rule out, according to Carroll. - WSL / Kirstin