While the eyes of the surfing world may not be on the North America Junior Tour series, standout Junior competitors are vying for their own title -- and the Top 4 picture is beginning to take shape with only three events remaining. Heading into Virginia Beach, Va. for the Vans Pro Junior, just 265 points separate the top two spots and another 295 separating No. 2 from No. 3.

Kei Kobayashi (USA) took an early lead over the ratings with his first-ever Junior win at the Ron Jon Vans Pro and hasn't relinquished that top spot. Though the gap has been slowly closing with his back-to-back Semifinal results at the Los Cabos Open of Surf and Vans US Open of Surfing, Kobayashi remains confident.

"After a slight falter at the US Open I took some time off and trained really hard for Virginia Beach, my equipment feels great," Kobayashi said. "A second win in VB would be really big for me and it would be a huge confidence booster, but I'm going to take it heat by heat. It feels great competing against all the top North America juniors, and feels even better to be on top right now." A moment of visualization before heading into the Huntington Beach lineup -- one that offered little opportunity for Kobayashi to make a run at the Final. - WSL / Jackson Van Kirk

The 17-year-old, San Clemente, Calif., native looked great in the small waves of Cocoa Beach for his win and will need to draw on that experience once more for this event. Grinding through the tough conditions at both Los Cabos and Huntington, Kobayashi was left watching the Finals from the sand.

"My focus is for sure on the junior event here and there is some pressure on me heading into VB. But I'm really confident with my surfing and I can't wait to grind. I just can't thank Matt Biolos and the Lost… family enough for rushing my boards to this event." Nolan Rapoza is all smiles heading into his second-best result of the 2016 season at the Vans US Open with a fourth-place finish and closing the gap on Kobayashi. - WSL / Sean Rowland

Making up some ground on Kobayashi with back-to-back Final appearances at Los Cabos and Huntington Beach, Nolan Rapoza (USA) has a runner-up and fourth-place finish in his back pocket. The Long Beach, Calif., raised surfer expects even more from himself and to do so would see him close the gap even further. The Vans Pro Junior marks the fourth event of the season and the definitive mid-way point for those looking to make a run at this year's title.

"This will be my second time coming to VB, but this venue is always a hard event to conquer because of how small and inconsistent the waves are," Rapoza said. "I feel confident in myself that I will get a victory this year in the Junior series and to finish atop the North America series is my goal for the year. I hope I can keep my ball rolling for the rest of the Junior events, though I feel I have learned the most in my competitive surfing from doing the QS event this year. I've taken note of all of the experienced guys on tour which has helped a lot." Having a close relationship with his shaper Robert Weiner of Roberts Surfboards is paying off for the young surfer and is having a great run of events thus far. - WSL / Kenneth Morris

Tied at the No. 4 with 1,235 points, Cole Houshmand (USA) and Chauncey Robinson (USA) sit just 55 points behind Griffin Colapinto (USA). With 3,000 points still on offer, the North America Junior Tour title can go a multitude of ways and Robinson hopes to make a run at qualifying for the Junior World Championships by year's end with a Top 4 finish.

"It's not where I'd like to be in the ratings so a big result would be nice going into the back half of the year," Robinson said. "This is my final year in the junior series so I'm definitely putting a majority of my focus onto the Junior side of ECSC. My goals for the back half of the season are to win a contest and finish in a qualifying position for Worlds. It's nice having another event on the East Coast but Virginia Beach is far from home. Hopefully I'll have a little advantage being used to the east coast dribble conditions." Hailing from Florida, Robinson is accustom to the small wave grind and capitalizes on events on his home East Coast. - WSL

Earning his first Junior Final at Los Cabos, Houshmand has been enjoying a great year both in and out of WSL competition. Hungry for his first Junior win and ultimate ambitions aimed high, he is determined to make a charge heading into the final three events -- beginning with the Vans Pro Junior.

"A big result here would probably be the biggest boost for me just because it is in the back end of the year," Houshmand said. "There are only a few contest left so a good result would really help me in the rankings and make me confident for the upcoming events. I have definitely met some of my goals this year so far with making my first junior final in Cabo, getting 3rd in the Under 18 at US Championships, and winning my first NSSA Nationals." 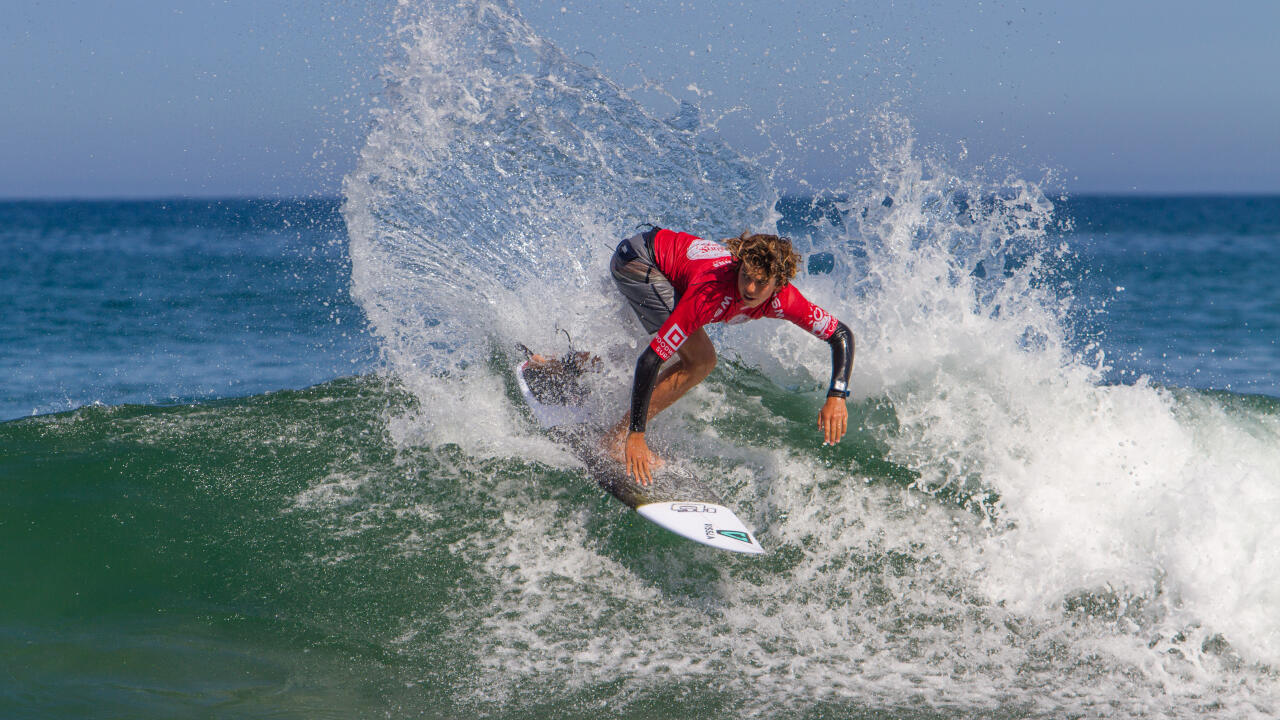 Houshmand's dangerous backhand has given him some solid results this year but will look to drop his 13th place finish at the Vans US Open. - WSL / Marenelmar

"I am super happy with my results this year and to be in a place to potentially go to the World Juniors. It would be a huge accomplishment for me to be able to qualify for that event and surf against the best of the best. In the water I have been working really hard to get a feel again for the super small waves. I have been getting all my equipment dialed in and I am feeling really good surfing wise. Out of the water it's all mental for this contest."

With so many impressive, young talents vying for a Top 4 spot, the title race can take a number of changes in coming months with Jake Marshall (USA) only 5 points behind the No. 4 spot after a runner-up at the Vans US Open of Surfing. 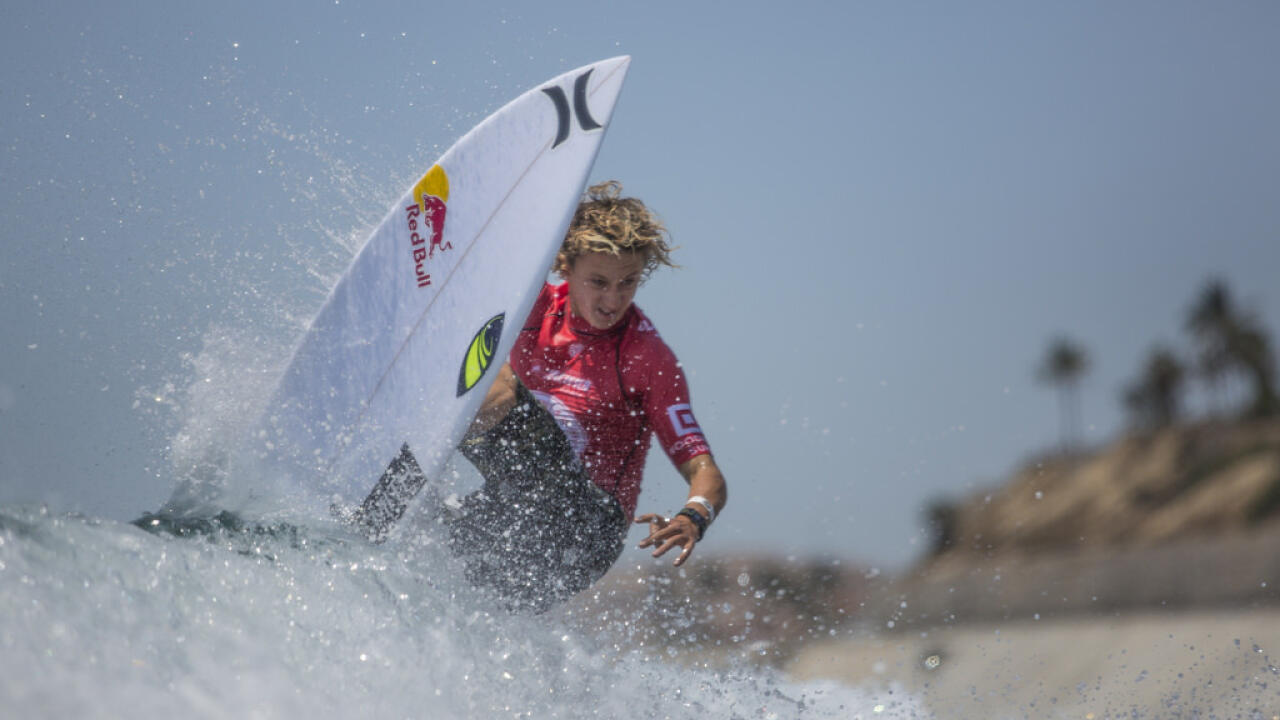 Jake Marshall was left frustrated with his runner-up finish at the Vans US Open and will be a threat to watch at the Vans Pro to get a big win. - WSL

The Vans Pro Junior will see a possible start at 7:00 a.m. with a 6:30 a.m. call to see what competition gets underway. Go to www.worldsurfleague.com , or download the WSL App , for live scoring and event updates throughout the week on all your devices.