As the surf world charted his rise from radical upstart to main contender to dominant force, it did so largely in one of two camps. Andy was as polarizing as he was radical, viewed as either a breath of fresh air or a bridge too far. But what not many outside his inner circle knew, be they staunch fans or harsh detractors, was that a comparable polarization of contrasting emotions played out in Andy's head. From soaring highs to desperate lows, much that Andy achieved in life he did carrying the burden of a deeply troubled soul. 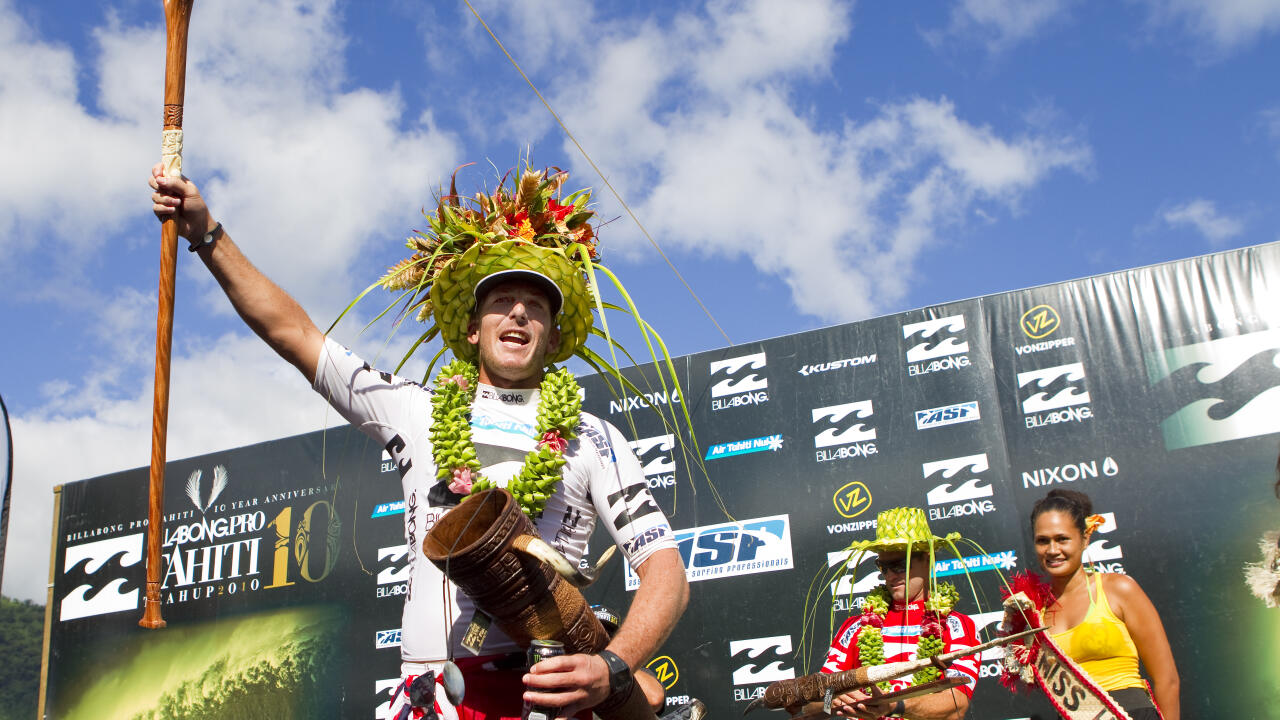 Two months before his passing, Irons made a triumphant return to the podium in Tahiti. - WSL / Kirstin Scholtz

Andy: The Untold Story of Andy Irons, a new documentary from Teton Gravity Research, comes six years after the surfer's death in a Dallas hotel room. Irons died of a heart attack caused by drug overdose. In that time much about the circumstances surrounding Andy's tragic early passing has been written, presumed and whispered about. The recently dropped three-minute extended trailer for the documentary, featuring compelling insights from those closest to Andy, promises to shed light on one of the sport's darkest episodes.

"This project is the hardest thing I have ever done," Andy's younger brother Bruce said of the film. "We wanted to shine an honest light on the truth -- both the struggles and the triumphs -- and tell an accurate story of who Andy truly was." Irons' three-year reign (2002-2004) came largely at Kelly Slater's expense, and their ongoing rivalry propelled the sport to new levels. Dominance in the early 2000s thrust him into the spotlight. - WSL / Karen

Precious few mortals can ever claim to reach the heights that Andy Irons did; his achievements atop a surfboard leave him in very rare company. But afflicted by a combination of dyslexia, bipolar disorder, self-medication, addiction, fame, success, and failure -- as explored in the film -- Andy Irons, the man, dealt with issues that are commonplace. Andy's fans and friends hailed him as the people's champion, an everyman counterpoint to Kelly Slater's almost superhuman being. Before Lyndie Irons could speak openly and honestly about her husband's struggles she needed years to heal, gain perspective, and settle into her new role as mom. Axel, their son, was born just one month after Andy's passing, and has been her biggest gift in that process. - WSL / Kirstin Scholtz

But Andy Irons' story is about much more than his passing, it's also about life, love, family, growth, trial and tribulation. This particularly powerful telling of it, from those closest to him, promises to be unmissable.