While the battle for the World Title was heating up in Peniche on Monday, about 30 miles up the coast at Nazaré several of the world's best big-wave chargers were welcoming the first sizable swell of the 2016/17 winter season. Alex Botelho managed a few hundred feet of vertical descent on the day thanks to waves like this. - WSL / Baleixo Photography

Nazaré has joined the list of big-wave surfing venues that, conditions permitting, will play host to a Big Wave Tour event this winter. The window runs from October 15th, 2016 to February 28th, 2017. To the delight of the entire crew, stiff offshore winds kept the rights a bit cleaner than usual. - WSL / Mauro Correira

During that time, there's a possibility that events will run at three of the most daunting waves in the world. Nazaré, the newest addition, joins the existing events at Pe'ahi in Hawaii and Todos Santos in Mexico. 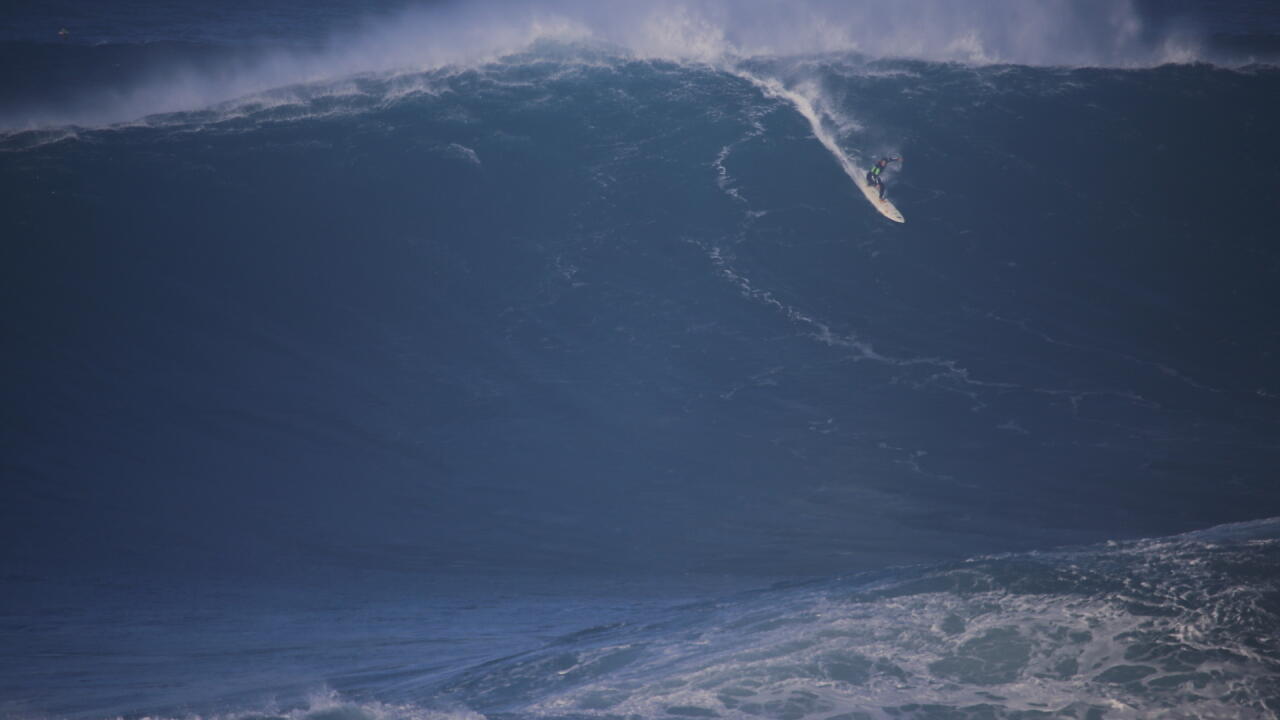 Lucas Chumbinho didn't hesitate at all even with his back to the wall. - WSL / Andre Botelho

Until then big-wave surfers like Sebastian Steudtner, Alex Botelho and Lucas Chumbinho are staying busy grabbing nominations for this year's Big Wave Awards. Given that it's only October -- barely the beginning of the Northern Hemisphere's winter wave season -- they seem to be off to a great start.