The current age gap on this year's WSL Men's CT is a remarkable 27 years. To put that in perspective, by the time its youngest member, Ethan Ewing, was born (in November 1998), its oldest (spoiler alert), Kelly Slater, had won six World Titles and had just decided to take a few years off.

Kelly's longevity and Ethan's youth may have skewed the data, but surfing's elder statesmen have increasingly become a major force on Tour. While 20-somethings like John John Florence, Gabriel Medina and Kolohe Andino are definitely the future, there is a clutch of guys over 30 who are all fit, focused and ready to do some damage in 2017. Adriano driving out of his 20s at Pipeline. - WSL / Damien Poullenot

Adriano de Souza is the newest member of the gang, having turned 30 just a few days ago, on February 13. "At the end of the year Adriano seemed to be finding the form and focus that saw him stitch up the Title in 2015," said WSL commentator Ronnie Blakey, "he'll be a threat for sure." A recent second place at the Volcom Pipe Pro showed that ADS has lost none of his famous appetite for the battle.

Adriano will also look to his Over-30 Club members Joel Parkinson and Mick Fanning for inspiration. Parkinson won his World Title at 31, and five years later he is finding a new way to compete at the highest level. 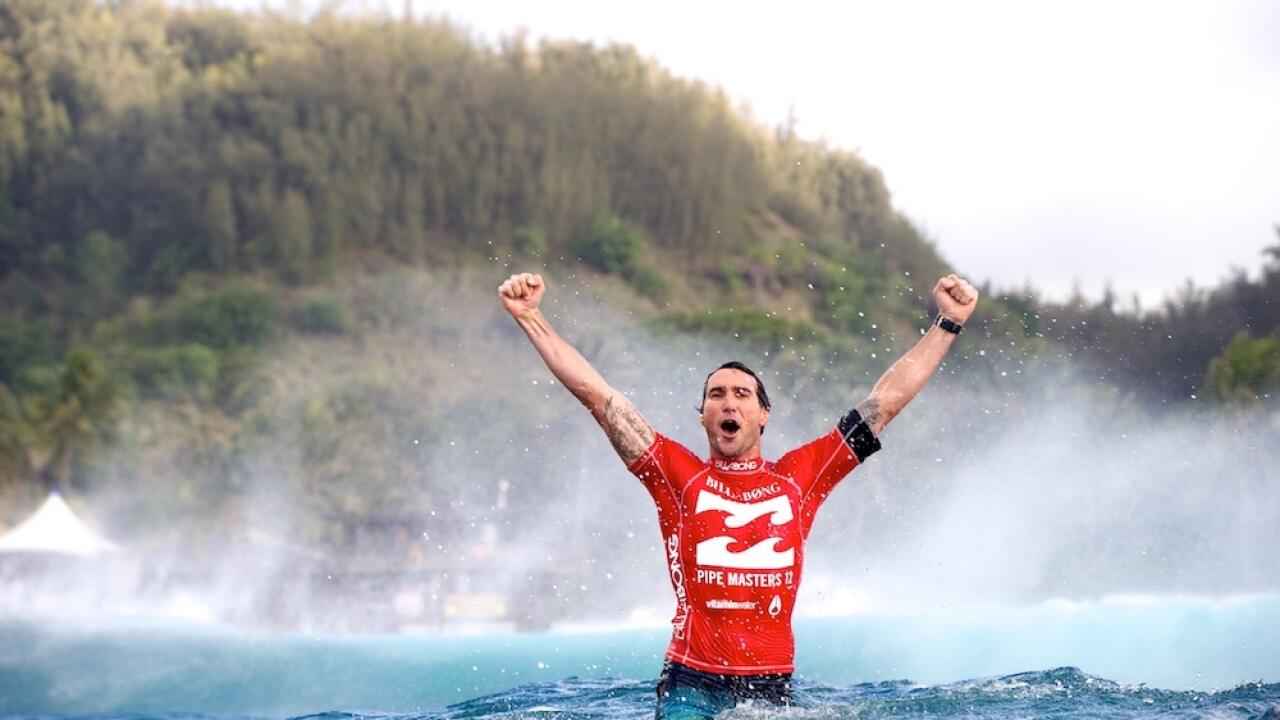 "Joel's in a great place with his wife, his family and his surfing right now," Fanning, a good friend of Parko's, said recently. "He's actually getting funnier. We are different in our approach, but as long as he is on Tour he will be dangerous and I'd always have him as a favorite at Snapper."

Mick himself has had a year off and, with batteries recharged, is now back in full battle mode. Recent Instagram pics of grueling training sessions with former UFC Champion Luke Rockhold show just how much preparation he is putting in. "My ankle injury has improved and I'm raring to go," he said. "I can't wait to pull on the singlet at Snapper." Fanning last competed at the Hurley Pro at Trestles. Expect more of this in 2017. - WSL / Kirstin Scholtz

Josh Kerr is another 30-something who still has a point to prove. In a recent WSL interview he stated that his goal was to secure a first Championship Tour (CT) victory, and move back into the Top 10. With an aerial game that is the envy of many millennials, and the only CT member to have claimed a win on the Big Wave Tour, his date of birth will be the last thing his opponents will be worrying about.

Kerr's fellow Australian Ace Buchan is 34, has two CT victories to his name, and last year scored Semifinal finishes in Fiji and Tahiti. One of the most prepared and professional athletes on tour, Buchan has the ability to roll back the years when the conditions are right.

Ace's Life on Tour
2:10
An inside look at the esteemed Aussie veteran and the constant threat he poses on surfing's biggest stage.

That leaves Bede Durbidge who, of all the tour vets, has fought the hardest just to be on Tour. His recovery from a career-threatening broken pelvis, which he broke at the Pipe Masters in 2015, was miraculous. But of course, you don't fight that hard to make up the numbers. Having made it to a World No. 2 on the rankings at one point, Durbidge has the ability and the experience to cause some upsets. Bede back in competition and looking as eager as ever. - WSL / Damien Poullenot

Last, but not least, is Kelly Slater. There is no precedent for a surfer starting a CT season at age 45, but Kelly Slater doesn't follow precedents, he sets them. He's been on record as saying he wants to get his body and boards in order for a last, focused tilt at winning a 12th World Title. Having won five in his 30s, winning just one in his 40s might not be that much of a surprise. Kelly, age 44, late as ever at the Volcom Pipe Pro. - WSL / Brenden Donahue