Day 2 of the Air Tahiti Rangiroa Pro delivered a highly-entertaining high-performance show for both competitors and spectators, with Hawaii's Imaikalani DeVault and Tahiti's Enrique Ariitu Turo stealing the limelight for aerial maneuvers and Tahiti's O'Neill Massin nabbing the best barrel of the day. The Air Tahiti Rangiroa Pro is a Men's Qualifying Series (QS) 1,000 event and offers surfers from both Hawaii and Tahiti Nui the opportunity to garner points toward their regional rankings.

At just 20-years-old, Massin has become a household name in the regional realm and has continuously demonstrated his aptitude in heavier waves like Rangiroa and Sunset Beach, Oahu. Massin made his countrymen proud after nabbing the best barrel of the day and highest single wave score of the event, a 9.60 for a lengthy disappearing act in an overhead tube followed with a calculated cutback. 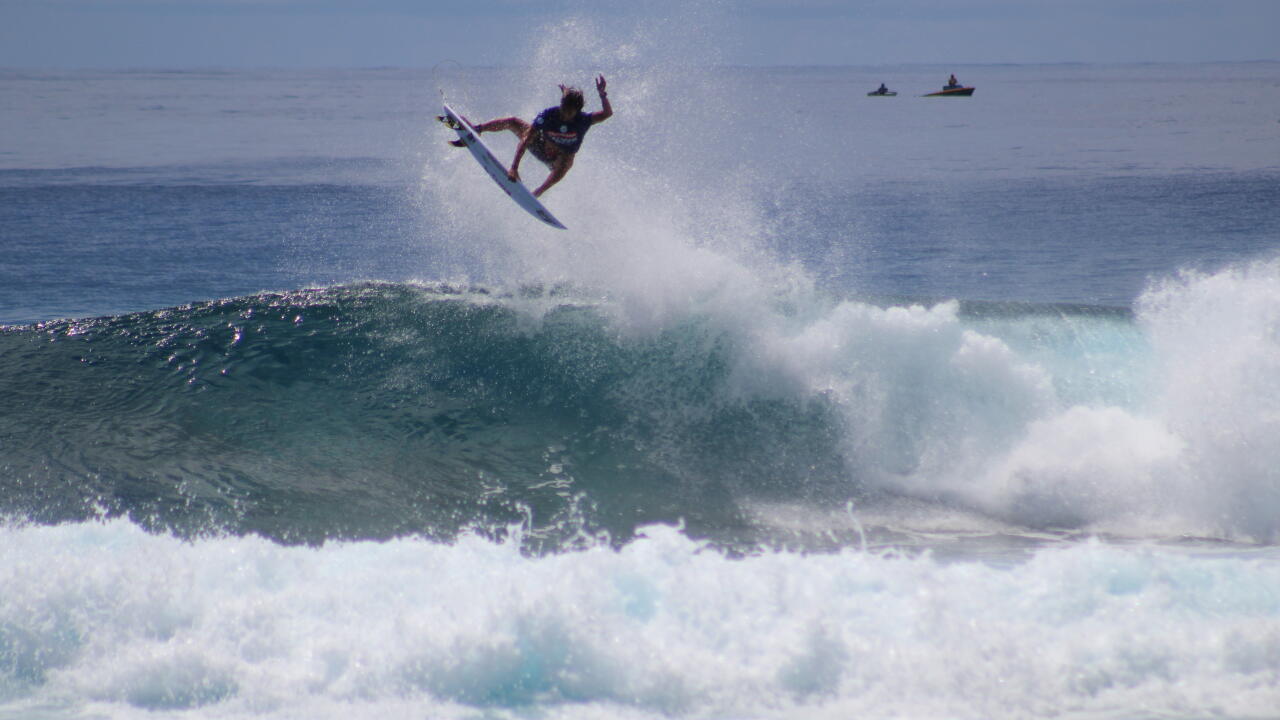 Devault's air game is on point at the Air Tahiti Rangiroa Pro. - WSL

Massin backed up the near-perfect score with a 7.25 and advanced ahead of DeVault with only two waves ridden during the 30-minute heat. Hawaii surfers Kai Lenny (Maui) and Jason Shibata (Oahu) were nudged out of the competition after falling to Massin and DeVault in Round Three, Heat 1.

"Kai (Lenny) took the first one of the set and I knew behind it was going to be a better wave," said Massin. "It was good, a perfect barrel, I am lucky." Following the excellent score, Massin stayed focused on the task at hand. "I was not super stoked, like ‘oh yes, with this wave I made the heat,' you know," continued Massin. "I just stay focused, got another wave and just tried to do my best."

Meanwhile, DeVault treated beachgoers to an air show, attacking the inside sections with commitment and precision. DeVault advanced with a combined two-wave total of 15.90 and edged out Lenny by less than half a point. Earlier in the day, Ariitu Turo helped lay the groundwork for both aerial and barrel scores, and showcased a playful spirit while landing multiple frontside airs.

"I've been surfing with my magic board for like two weeks now," said Ariitu Turo. "My good friend Nomme Mignot gave it to me from Mexico and it works perfect in the air. The waves today are good for the airs, too, so I'm stoked." The 5'10 swallow tail looked light and agile under his feet and helped propel him to a Round Three appearance against Heifara Tahutini (PYF), Jocelyn Poulou (PYF) and Tom Dosland (HAW).

Ariitu Turo has been surfing this competition since its inception in 2010 as a junior series, and looks in-form for a potential podium finish. 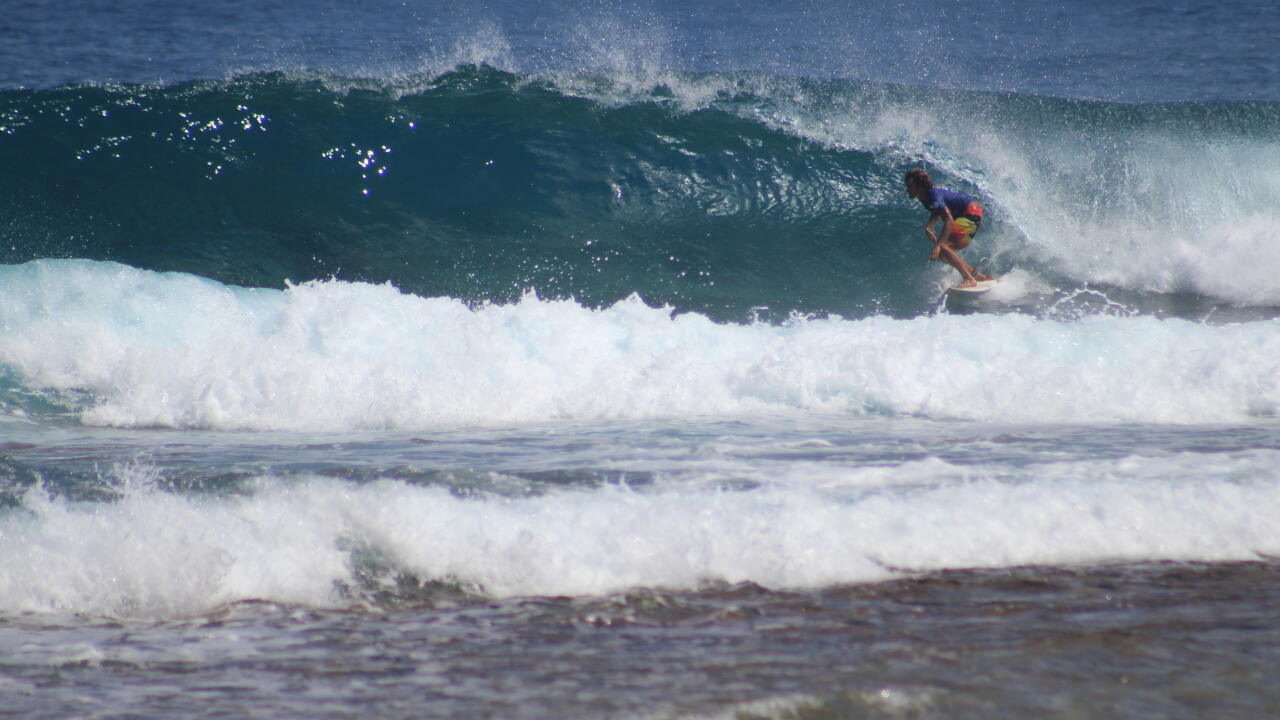 No shortage of barrels on Day 2. - WSL

"I remember the first year they put it on and it was one of the best waves I ever surfed," continued Ariitu Turo. "My goal is to re-qualify for the Triple Crown. I just want to show that I can do good both in Tahiti and Hawaii."

Another notable performance came from Anthony Walsh (HAW) who scored a 9.15 for a flawlessly executed standing barrel.

"It was just a perfect, easy wave and I had priority and was in the right spot," said Walsh. "I just had to pretty much stand there and get barreled. When those waves come through, I mean it's pretty easy, it's easier than having to grovel and do some turns and work for the score. Those are the kind of waves I like and I'm comfortable in these conditions."

Originally from Lennox Head, Australia, Walsh, 34, has been living on the North Shore of Oahu for over a decade and now surfs under the Hawaii/Tahiti Nui region. No stranger to waves of consequence, Walsh looked calm and collected in the overhead surf and backed up his 9.60 with a 7.75. Wave selection was key for his advancement into Round Three, as Walsh caught only two waves -- albeit the best waves -- during the heat.

Finn McGill (HAW) and Jake Marshall (USA) battled it out in the final heat of the day to keep the anticipation high, both posting scores in the excellent range and trading waves from the outside peak to the inside bowl. Marshall scored a 9.00 for a hollow barrel, which changed the situation in the lineup, but McGill pulled ahead after securing an 8.75 for a barrel/turn combination in the final minutes of the heat. The two young guns ousted Tahitian powerhouse Taumata Puhetini and Dante Silva (HAW). Finn slotted into Round Four. - WSL