In one of the most historical Pro Junior moments ever, Barron Mamiya (North Shore, HAW), 16, took out his third consecutive victory at the World Surf League (WSL) Pipe Pro Junior today in flawless, 6-8 foot barreling surf. The event featured electrifying performances with some of the highest scoring and greatest conditions ever witnessed in a junior competition, all taking place at world-famous Pipeline on Oahu's North Shore.

"I love Pipe, I've always wanted to win here," said Mamiya in a post-Final interview. "This has to be the best win for sure." Fresh off another first-place success at the Papara Pro Junior in Tahiti - which followed his first professional victory ever at the Sunset Pro Junior in January - Mamiya is on an undeniable winning streak. The most inform surfer of the event was 16-year-old Barron Mamiya. - WSL / Keoki Saguibo

"I'm stoked, I worked hard last year and I didn't really do a lot of comps, but I'd like to thank Sean (Ward), he's always down here and comes out, and Joel (Centeio)," he said of his two Hurley coaches. "I'm psyched and all my boards have been good and I'm stoked.

"Last year I knew I could surf Pipe but I didn't know if I could surf small waves. After my edit a lot of people were telling me, ‘oh he can only surf big waves, he can only get barreled,' so I think just working super hard and trying different boards, getting used to other waves has been a big help." 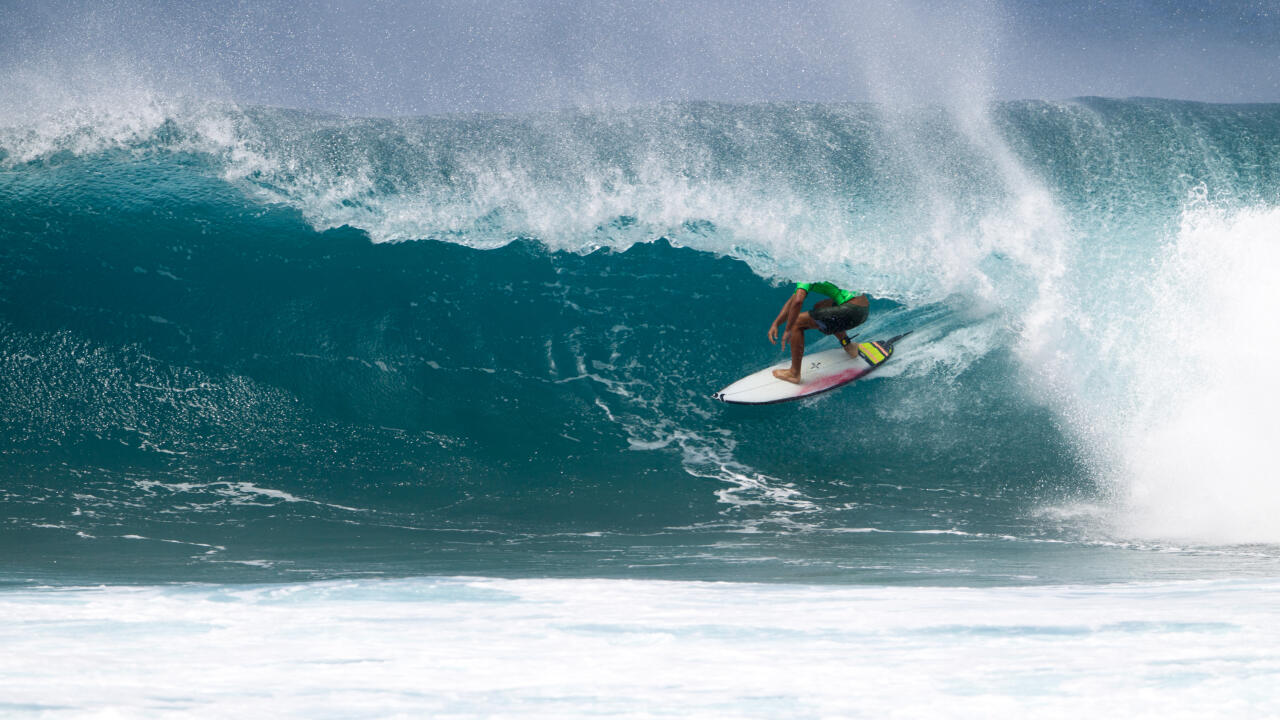 Today's win all but locks Mamiya's commanding lead on the regional junior ranking and secures him a place in the 2017 World Junior Championship. With one final junior event left in the WSL Hawaii/Tahiti Nui region, the Turtle Bay Resort Pro Junior in October, Mamiya has cemented his spot at the top.

"Next year it's going to be head down for the QS for sure," said Mamiya. He graduates early this year as a junior from high school and will be 100 percent focused on the Qualifying Series in 2018, ultimately to compete against the world's best on the Championship Tour. "I want to get points, I want to qualify." Barron chaired up the beach for his third time in three months. - WSL / Keoki Saguibo

Near-perfect 9-point rides were dropping left and right throughout the day, but the most impressive scores came from third place finisher Finn McGill (North Shore, HAW), 16, who nailed a perfect 10 in the Final, plus a 9.60 and 9.35 in the second Semifinal for the highest heat total of the event, an 18.95 out of a possible 20. Young gun Eli Hanneman (Lahaina, HAW), 14, had an impressive Runner Up finish while Cody Young (Makawao, HAW), 18, nabbed a respectable fourth place.

It was Maui against Oahu in the 30-minute Final with Mamiya and McGill representing the North Shore and Hanneman and Young hailing from the Valley Isle. Hanneman, the youngest finalist, set the bar with a 7.75 after a steep drop, barrel and blast out of a left-handed ride. Whales played along the outer reef as competitors and spectators awaited another set on the horizon and it wasn't long before competition fired back up and Mamiya and McGill split a peak. McGill went right on a long freight train for a perfect 10 from the judges, and Mamiya left for an 8.35. Young took off on the second wave of the set, stalled, drove down the line and was spat out of the barrel for a notable 9.50. 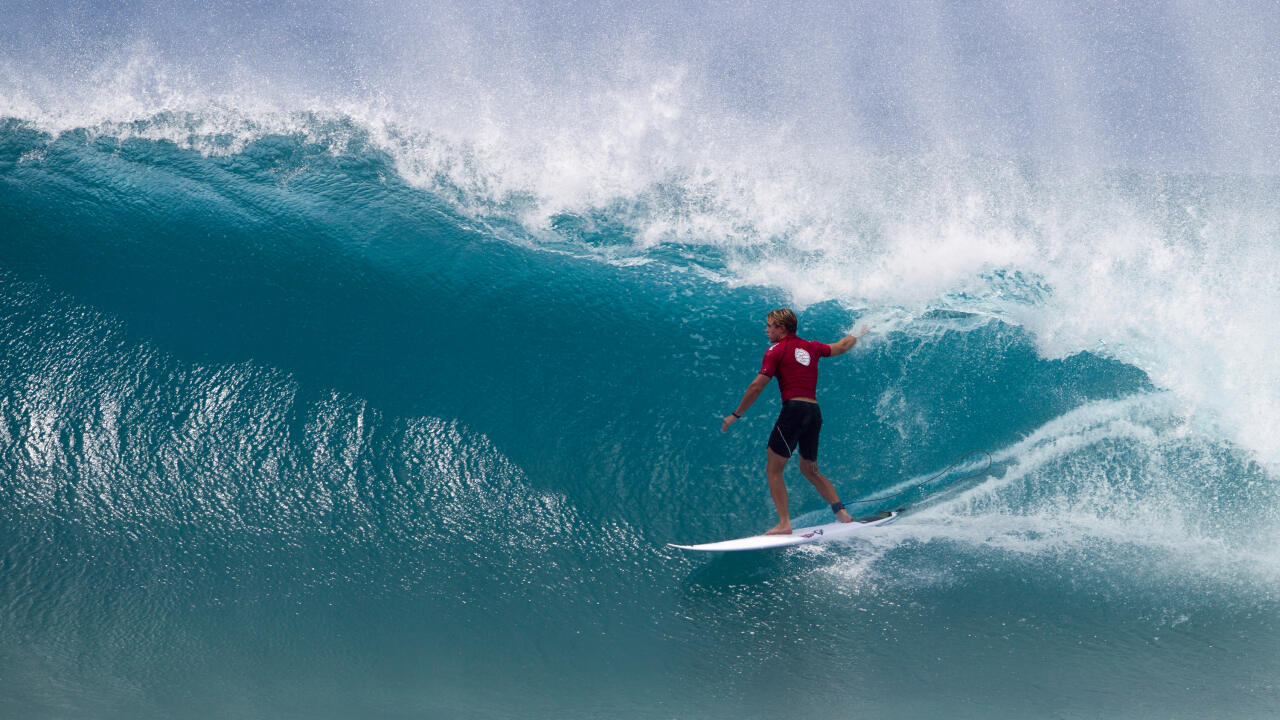 Cody, one of the top junior standouts from Maui. - WSL / Keoki Saguibo

Midway through the heat, Hanneman got a water patrol ride to shore for an equipment change, but was back out within minutes and chipping away with in-and-out barrels at Pipe.

With five minutes left on the clock and anticipation rising, Mamiya snuck a Backdoor barrel under priority for a 7.90 and the win, as competitors were left without the backup waves needed to overtake his lead. 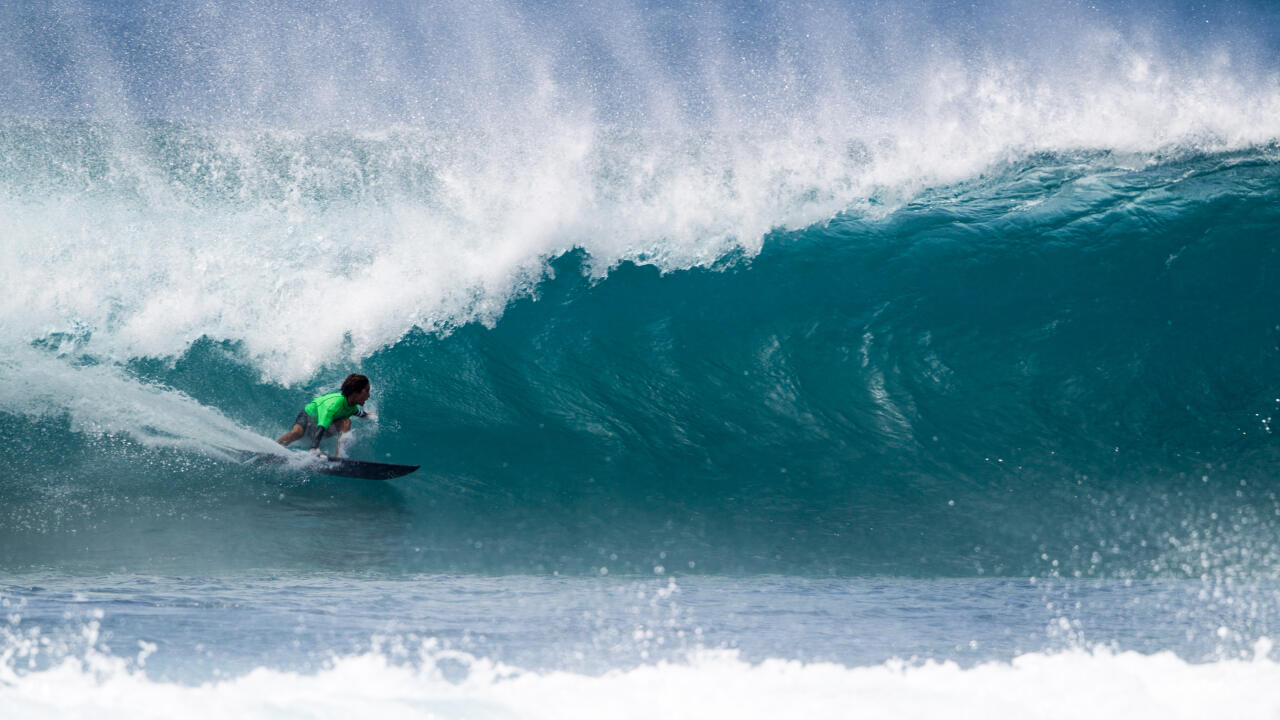 The second highest single wave score of the day, a textbook 9.90, went to 15-year-old Wyatt McHale (HAW) for a cavernous Backdoor barrel.

"I had first priority when the wave was coming in and I was almost going to go left and I just saw the line on the right so I just went for it," said McHale, who finished with an equal 7th. "Once I made the drop I kind of just pulled up and it was a perfect wave. So stoked." 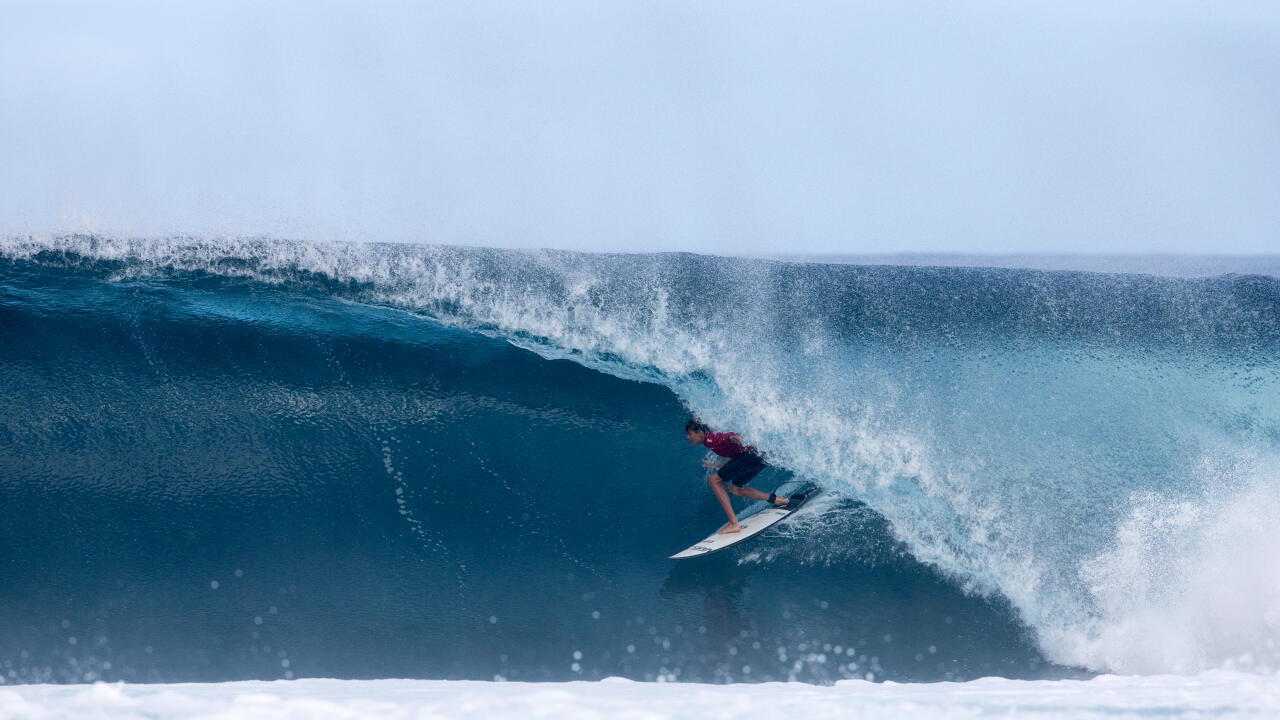 There are few, if any 17 years olds surfing quite as well as the phenomenon from Maui.

The Inertia shares some lesser-known details about the 17-year-old talent from Lahaina and how he's guaranteed to climb the ranks.