Even the best waves in the world have off days. So it's always a celebration when conditions become epic in less prestigious regions. The old proverb: ‘every dog has its day' was an understatement when talking about Saturday's conditions at the 2017 Rip Curl Pro Argentina. After a lay day on Friday, the event moved from the left-hand jetty at the north of Playa Grande to the epic righthander at El Yacht, named after the yacht club located beside the massive concrete shipping pier to the south. In what has to be the best day in the five-year history of the contest, it got to a point where it was easy to lose count of how many times an athlete said that they'd never imagine catching waves like these in Mar del Plata. An overcast sky kept winds to a minimum during the morning, providing a glassy playground and pumping waves in the 4-6 foot range (1.5-2 meters). The athletes were stoked with the opportunity of competing on high-performance canvases and the judges reflected their excitement by throwing down scores in the excellent range in every heat. With the right conditions, any beach can offer a day filled with world-class waves.

Krystian Kymerson (BRA) was unstoppable in all of his heats throughout the day. The young Brazilian stormed his way into the Semifinals after scoring a 17.15 heat total in Round 3, followed by a 17.85 in Round 4 and a 14.25 in the Quarterfinals by displaying exceptional vertical snaps on his backhand while matching the speed and power of the waves at El Yacht. 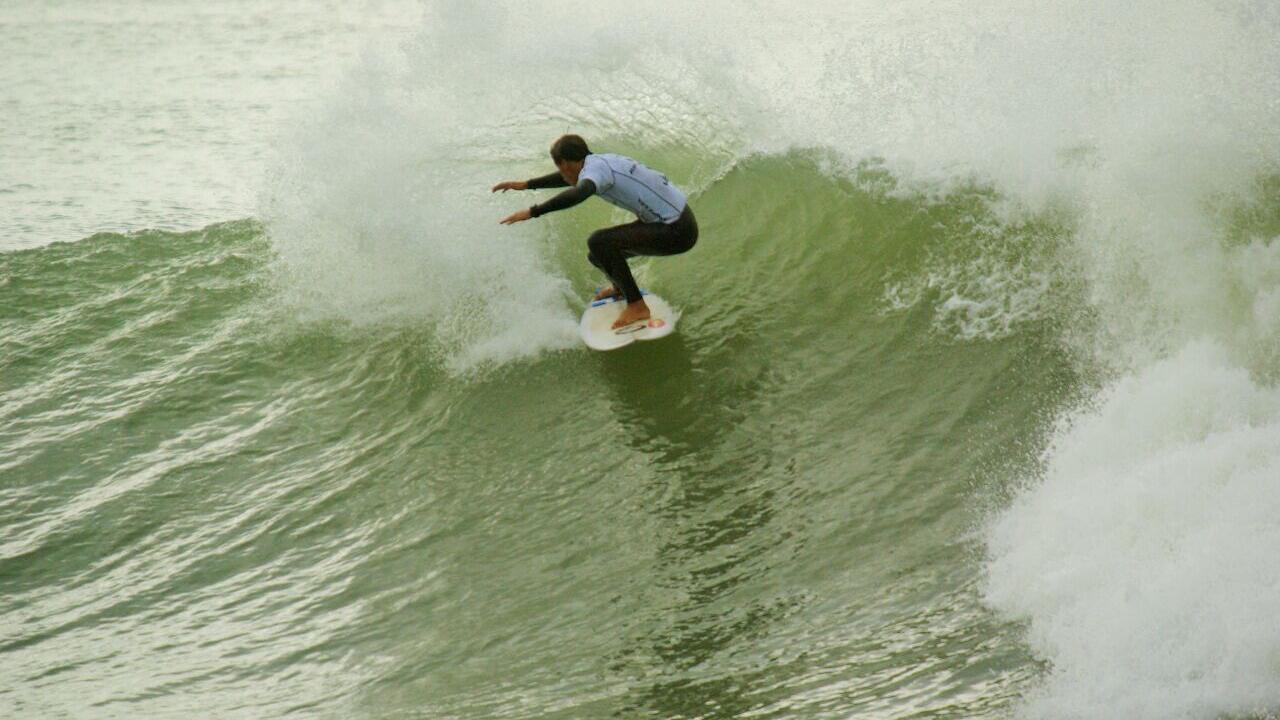 "I feel blessed that I was lucky enough to catch the best waves in my heats," said Kymerson. "This is my first event of the year and I've been extremely focused. I've been training hard and I hope to keep doing well tomorrow. From here, I'll be going to Portugal to compete in the QS 3000 and I hope to get another good result there."

The other standout surfer of the day was Thiago Camarão (BRA), who had the advantage of exhibiting a full spectrum of stylish surfing, big airs and powerful maneuvers to stomp his way into the Semifinals. Camarão started with a Round 3 victory by scoring 13.20, added another win in Round 4 with a 15.55 total and guaranteed a spot on finals day after defeating Jose Francisco (BRA) by a score of 17.15 to 11.35 in the Quarterfinals. 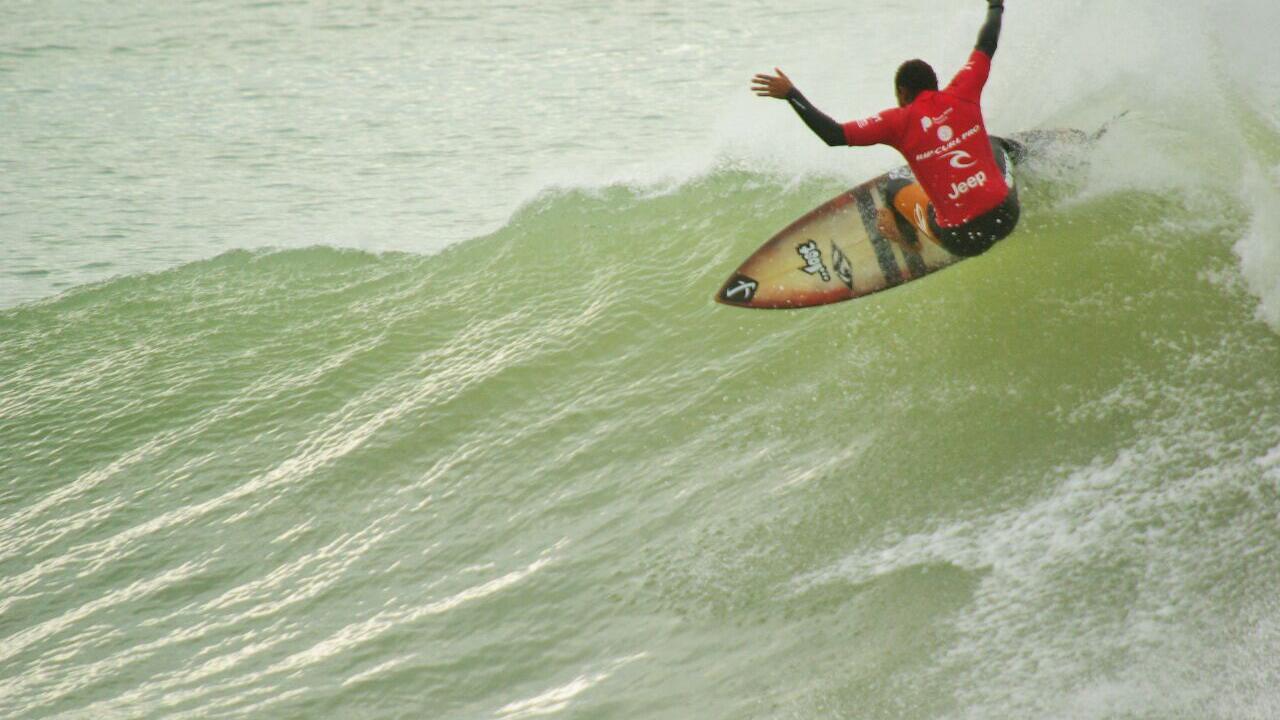 "Nothing was easy today," Camarão said. "I surf in all types of conditions at my homebreak to be prepared for days like this. Since arriving here, I've been the first surfer in the water every day and I think this focus level has really helped me out. Tomorrow I'll maintain my same schedule and hope for the best in the Semis."

Kymerson will now face fellow-Brazilian Jeronimo Vargas in Heat 1 of the Semifinals, while Camarão will be matched up in Heat 2 against the Costa Rican Anthony Fillingim, who eliminated Nacho Gundesen, the remaining surfer from Argentina left in the competition.

But as with all things in life, good things don't last forever. In the afternoon a strong squall blew through the contest site just as the Women's QS 1000 began the Quarterfinals. Heavy rain and onshore winds completely changed the lineup. But that had no effect on Lucia Cosoleto (ARG) as she had a significant win over Yanca Costa (BRA) by a score of 14.75 to 9.05 respectively.

"I'm so happy that I caught good waves and was able to win my heat," said Cosoleto, who is the last surfer from Argentina in the event. "I wanted to get a quick start to my heat, paddle into bigger sets and keep getting better scores. The waves here at Yacht are incredible and I'm confident that I can get a good result tomorrow."

Despite deteriorating conditions, in the most exciting heat of the Women's Quarterfinals, 13-year old Taina Hinckel (BRA) tore apart a long right with consecutive forehand hacks to earn a 9-point ride for the highest score of the day. The 2016 WSL South America Junior Champion added a 6.00 for a 15.00 heat total. However, Dominic Barona (ECU) showed a never-say-die attitude and was able to overtake Hinckel on her last wave in the dying seconds of the heat with a 16.45 total. 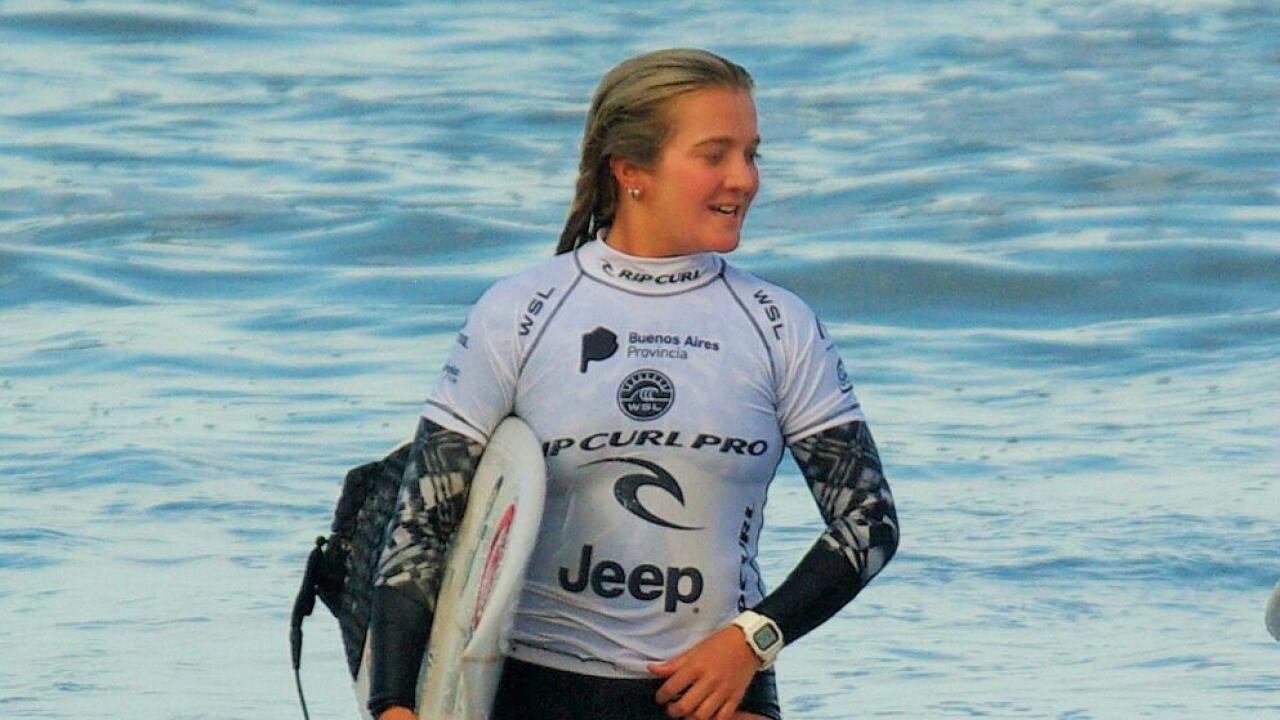 Cosoleto will face Barona in Heat 1 of the Semifinals, while the powerful goofy-footer Anali Gomez (PER) will try to take down Melanie Giunta (PER) in Heat 2.