With the peaceful passing of John Severson Friday night, the surfing community lost another legendary pioneer. Severson was the creator of Surfer magazine, the world's first surfing periodical. The revered magazine, which in in its 57th year of publication, helped launch the entire industry. It happened almost by accident, too. In 1960, Severson was one of a handful of aspiring surf filmmakers documenting a small community of self-exiled people on the front. In order to promote his 1960 film, Surf Fever, the college art major (who was also the editor of his high school newspaper) created a 36-page marketing booklet he called The Surfer, which featured stunning still photos of the adventurous set he followed. 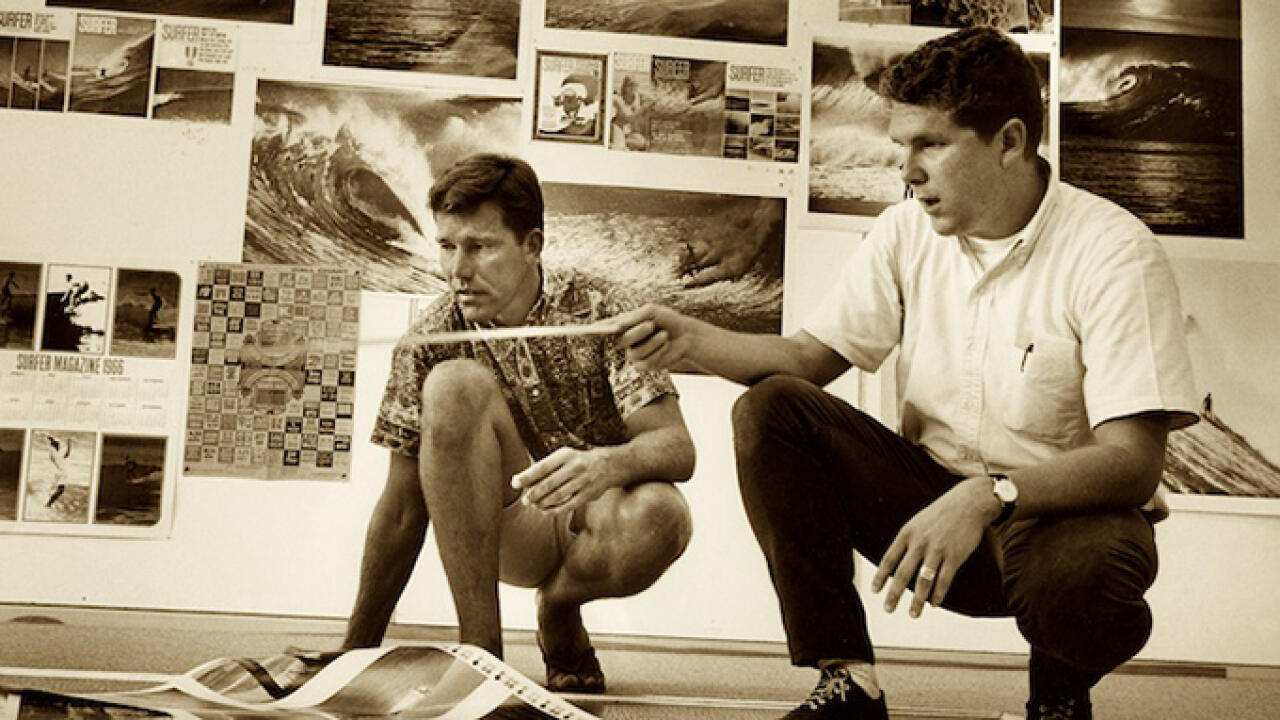 The film drew plenty of praise, but Severson couldn't get over the fact that viewers kept flipping through his little book. In fact, he found people passing it around days afterward as social currency. Mind you, the world looked different in 1960. Unlike today, when we're drowning in digital streams, surfers back then were genuinely starved for information. Surf photos were the biggest source of news. So sensing an opportunity to fill a huge void Severson pounced.

Before John Severson there was no surf media, no surf industry and no surf culture. Not as we know it today. -- Drew Kampion, 1999

The magazine's impact was swift and powerful. With each new issue, disparate members of the wave- riding community were being bound together by a growing sense of wanderlust and a yearning for fresh new equipment. Meanwhile, surfing's growing breed of manufacturers making newfangled boards and early-iteration wetsuits finally had a place to advertise. Surfers raced to crack open new issues and discover what was happening down the street and around the globe. They learned of new places being ridden, ways of riding, and the personalities paving the way. Surfing's collective consciousness was slowly starting to gel, guided by surfing's bible.

In truth, every one of today's pro surfers have Severson to thank for their careers, after all, Surfer first posed the question to their readers of who the best in 1964. Phil Edwards, the winner the first Surfer Poll, saw his professional value spike immediately as a result. Hobie Alter's signature Phil Edwards model went flying off the shelves. The poll was basically a proxy for a much more organized sport to come, but the sociopolitical quakes of the late 60s put anything with the slightest tinge of establishment on hold for the better part of a decade, including the Surfer poll.

Indeed, many argue the magazine's heyday was the late 60s and 70s, when the world was going mad. While Severson was, in many ways, part of surfing's original establishment, he was heavily influenced by his younger staff, led by editors like Drew Kampion, famed artist Rick Griffin and renowned photographer Art Brewer, who collectively became subversive sculptors of that era's cultural resistance. In 1970, Severson returned to his roots, releasing a new film, Pacific Vibrations. It was one of the first surf films to call for the protection of our surfing playgrounds.

President Nixon moved into Severson's San Clemente neighborhood in 1969, during the height of the Vietnam war that was taking its human toll. The marines put Trestles, the town's famous break, on a strict lockdown as a result. In 1972, Severson decided to sell the magazine and move to Maui, where he re-immersed himself in art and photography. Surfer, meanwhile, kept its stranglehold with the help of new publisher Steve Pezman (who later founded Surfer's Journal) and legendary photographer Jeff Divine.

Nearly 60 years after Severson launched his little booklet, his impact on the surfing community remains immeasurable, because he's the guy who first glued it together. As Kampion wrote during a 1999 tribute to Severson, "Before John Severson there was no 'surf media,' no 'surf industry' and no 'surf culture,' -- not as we know it today."