The surfing world has no shortage of shining stars and professional surfing, enjoying a heritage that spans the likes of Peter Townend and Margo Oberg to John John Florence and Tyler Wright, is especially wealthy when it comes to celebrating surfers.

However, for all the earned recognition of those in front of the camera, the WSL has a small army of amazing individuals making things happen behind the scenes - from tour management to event production, social media to sponsorship, finance to storytelling.

Dave Prodan is someone who's been on the front lines for more than 12 years now. Prodan's journey began as an unpaid Media Intern back in 2005, which quickly led to a role as North America Media Manager. From there, he moved to International Media Manager, International Media Director and most recently VP of Communications, working across multiple departments, athletes and administrators.

Now, the WSL has announced that Dave will next serve in a new role as SVP of Global Brand Identity.

We caught up with him in Fiji to find out more. 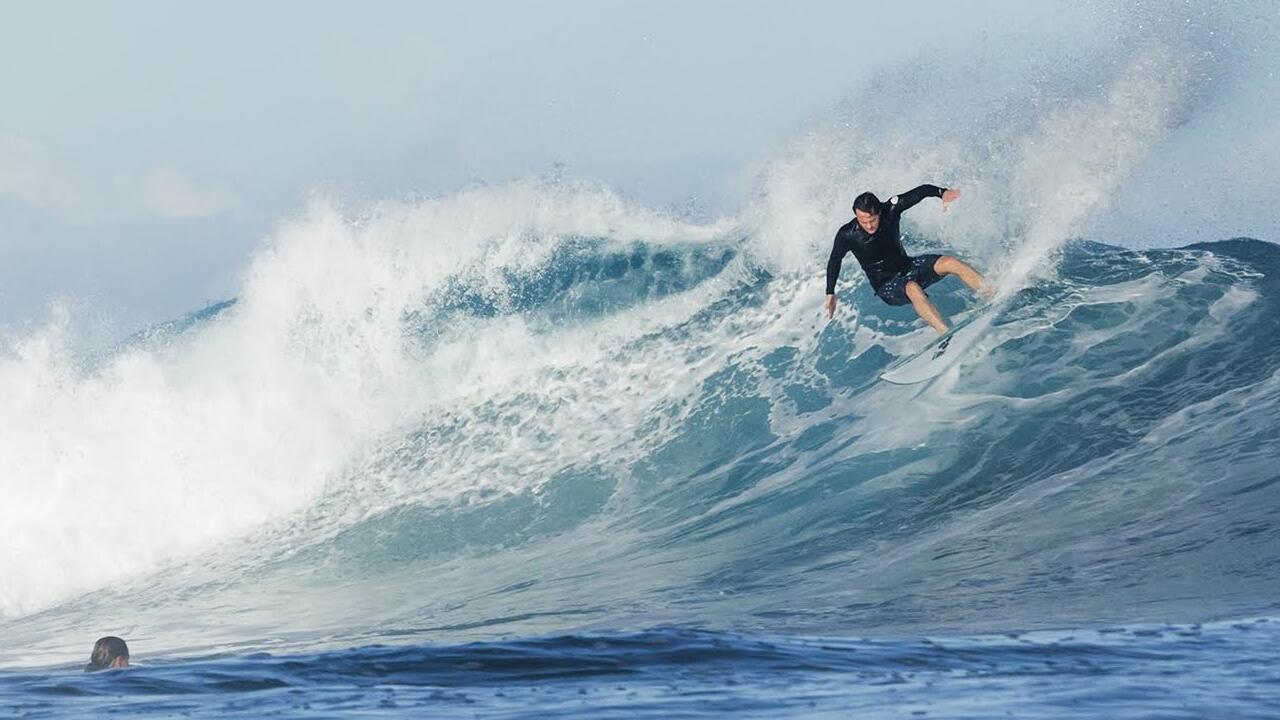 'I'll pick up a few scraps if they're available.' Words to live by. - WSL

Congrats on the new role. Sounds important...what exactly is it?
Yeah, thanks. Well it's still pretty fresh, but distilled down, it's essentially working across all departments at the company to crystallize the WSL brand and purpose and then bring that to life across the organization. Personally speaking, I think the role is a really special honor and I'm very humbled to have been considered for it. Equally humbling is being able to accept it knowing that there's a global collective of passionate, creative and insightful people at the WSL that I get to continue to work alongside.

With regards to the task at hand, a key brand challenge is the fact that surfing means something different to everyone - it's a challenge, but it's also an essential part of what makes it so special. Creating a company that celebrates that diversity and inclusivity is part of what we're aiming for. Working towards that while expanding on this platform that Rabbit (Wayne Bartholomew) created in putting the world's best surfers in the world's best waves is going to be a lot of fun. Prodan has proven himself to be an experienced WSL representative who can handle his kava in the most formal of settings. - WSL / Kelly Cestari

You've been at the ASP/WSL for 12 years, what have your various roles been with the company and how'd you land there?
Haha yeah, 12 years is a long story, strap in.

I actually started out as an intern back in 2005. After college, I was working at Rip Curl Surf Center in San Clemente and freelancing for Surfing Magazine under Evan Slater. I was already a big disciple of Rabbit's philosophy, "find the best surfers you can, put them in the best waves you can." This was especially potent for me in the midst of the Slater/Irons era. Andy, as a person, a surfer and a competitor, continues to be a huge influence on me.

There was an unpaid internship that I applied for and I thought it would look good on the resume. I must have done alright as they created a position for me in the North American region, ASP Regional Media Officer. Meg Bernardo ran and still runs the North American region and I couldn't have asked for a better person to work under. She has unparalleled knowledge of the industry and sport in North America and she taught me a lot.

From there I started moving into the Championship Tour under then-CEO Brodie Carr, working on the men's and women's events and overseeing the "media" role for the ASP ahead of the 2012 acquisition - content creation, website development, press management on and off-site, basic social media stuff, PR, crisis communications, etc.

After the acquisition, I moved into the communications position where we've worked with marketing, broadcast, executive, commissioner, editorial and events departments during a really busy period of time for the company. I'm very fortunate to have worked with surfers I consider to be world-class athletes and really good human beings as well as tour administrators with a ton of experience and dedication like Kieren Perrow, Richie Porta, Jessi Miley-Dyer, Renato Hickel, Travis Logie and Al Hunt.

Throughout all this, the WSL's Ownership Group are as committed to Rabbit's philosophy today as the ASP was when I start: let's champion the world's best surfing. That's really why I started and why I'm still here.

I've really benefited from sitting at a nexus point between lots of departments, the athletes, fans, media, industry, etc. There is so much knowledge and expertise at every level across the company and it continues to afford me a broad perspective that I'm looking forward to applying to this next position.

Being on tour, and in those roles for that long, you would have experience a lot. What's been your favorite moment?
Yeah, that's a hard one to answer. Lots of personal favorites of traveling with friends, surfing and experiencing different cultures. Lots of laughing.

There are a lot of moments that stand out.

From a sporting standpoint, there have been a lot of special ones too:

Too many to name really and I'm definitely leaving important ones out. Behind the performance and the athleticism, these surfers are people with real lives and stories and the emotional parts of what make up their careers are just as poignant as what happens in the heats. Bringing more of that to the world is going to be a real rewarding focus for the WSL over the coming years.

Conversely, we've noticed that you're often involved in response when controversy goes down. What've been some of the heavier ones?
Well, "controversies" come and go and they're never as bad as you think they're going to be in the moment. I came up, professionally speaking, in the Information Age and never believed in the value of "spin doctoring" as it related to the PR component of the job. If you're disingenuous, you'll get found out pretty quickly in today's world. So, in that sense, we always did our best to be honest and transparent when it came to those situations. For the amount of surfing that goes down every year, these "controversies" are still relatively pretty rare.

Contextually speaking, we've had to deal personally and professionally with things like Andy's passing and Mick's shark attack. These are undoubtedly the heaviest things I've had to deal with at the WSL and some of the the most impactful from a human perspective. And they not only impact the lives of those at the WSL, but millions of people around the world in some cases. So, in effect, if there's a scoring dispute or disciplinary action or anything like that, we just deal with it as honestly and openly as possible. It's not that they're unimportant and every situation deserves to be treated with respect, but "heavy" is a pretty relative term.

Okay, rapid-fire time. You only get one line to respond to the following topics:

Any conspiracy theories you'd like to squash while I've got ya?
Ha no, give the tin foil hats something to talk about.

What's next?
As of writing, we're looking at a lot of surf heading our way in Fiji over the next couple days. We're making some noise in pushing the women's Final to Sunday morning to see Courtney and Tatiana battle in out in projected six-foot surf at Cloudbreak. I think it's going to really special to watch these two compete in these conditions and in front of the world's best male surfers as they prepare for Round 1.

Hopefully we see some amazing surfing from the men as well and then looking forward to getting back home to the Family and back to the job at hand. It's going to be a fun year.

Maybe sneak in a few waves yourself?
Sure, I'll pick up some scraps if they're available.

Thanks Dave. We're psyched you're doing this for us.
Thank you. Honored.