Each year at Jeffreys Bay, there's a hotly contested trials event called the JBU Supertrial which determines one of the wildcard slots for the Corona Open J-Bay. Stacked with South African locals who know the wave well, the threats that emerge are always large. This year's winner was homegrown Dale Staples from nearby St. Francis Bay. The wind was streaming offshore, waves were pumping at Supers, and Dale had some ridiculous barrels in the Final, topping Qualifying Series (QS) surfers Dylan Lightfoot, Matthew McGillivray and Michael February (who just earned the other wildcard slot after his performance in Ballito last week). Dale will appear in Heat 6 of Round One, which means he's up against World Champion John John Florence and rookie Ian Gouveia. At this level, there are no easy heats. But if anyone should be nervous about this match it's undoubtedly the World Champ himself, because Staples has surfed against Florence three times, and the South African has come out on top in each match.

Here's the backstory: In 2009 the waves were solid and barreling for the Mr Price Pro at Willard Ballito. It was an exciting contest punctuated by eight-foot sets, huge barrels, broken boards and some very good surfing, showcasing the best of Ballito that the surfing world had seen to date. Dale Staples paddled out for his heat and immediately scored a perfect 10-point ride for an excellent tube. With a strong backup score, he won the heat from a young John John Florence in second, who advanced along with Staples out of their four-man heat. 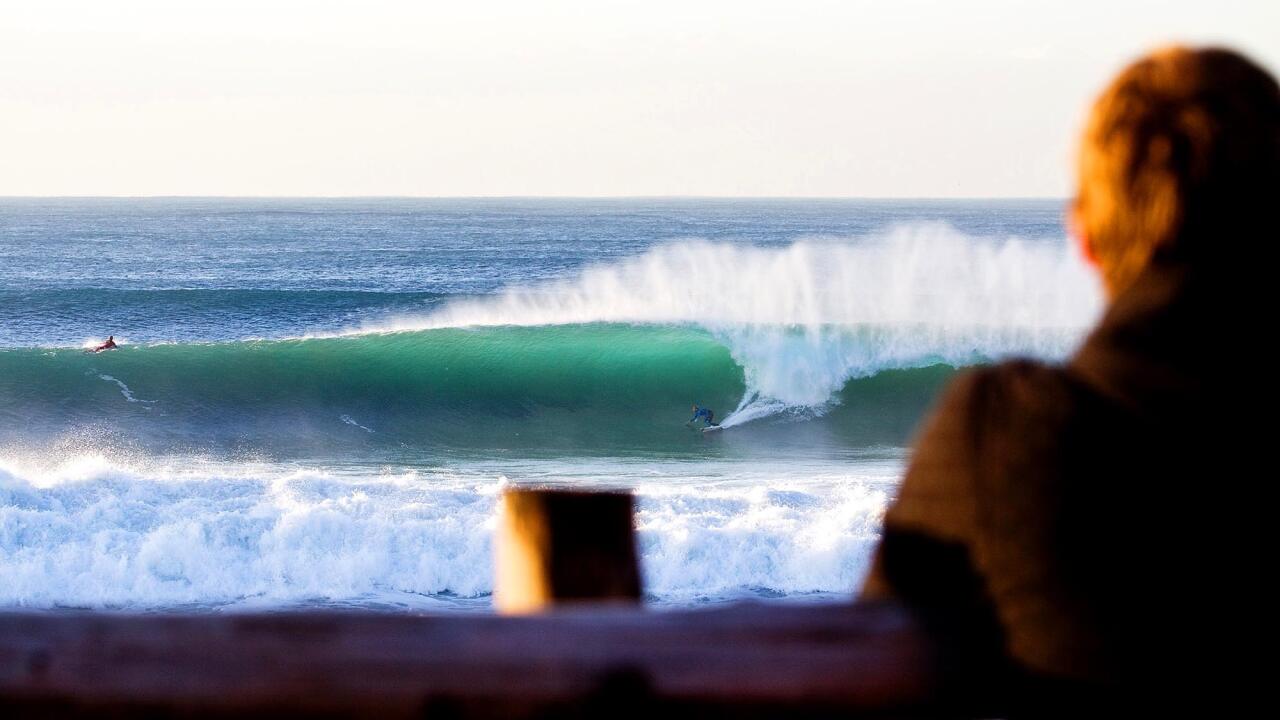 In 2012, J-Bay was downgraded to a six-star QS event, the Billabong Pro, eventually won by Adriano de Souza. There were very good waves the day before the contest started and into the first few days of surfing, but then it started getting a bit scrappy and wind-blown. Dale Staples came up against John John in the Round of 16, just before the Quarterfinals, and the young St. Francis surfer was on a tear. It was a close heat, 14.83 to 14.57, but it went in favor of the South African. John John was in form at the 2012 Billabong Pro J-Bay, but Staples got the upper hand in that encounter as well. - WSL / Kelly Cestari

In 2013, in what was probably their most unlikely encounter, Dale found himself facing off with the Hawaii native at the Reef Hawaiian Pro in Haleiwa. It was Round Three. The minutes were ticking down when a good wave arrived. In a tense paddle-battle exchange, Dale held his ground against the local, who erroneously assumed that the wave was his. In the process John John was marked for an interference, relegated to the third spot, and eliminated from the tournament. Dale Staples was always comfortable in Hawaii, and his run in 2013 saw him defeat John John in their encounter at Haleiwa. - WSL / Sean Rowland

The rivalry, if it can even be called that, hasn't escalated to the level of the Andy Irons vs. Sean Holmes just yet, but it's one to keep your eyes on. Florence finished runner-up at Jeffreys Bay last year, so he's certainly a favorite, but Staples has a lifetime of local knowledge behind him, is fit and well-rehearsed, and he has absolutely nothing to lose.