In late February 1999, Sarah Gerhardt became the first woman to surf Mavericks. It was a landmark for womens big-wave riding, and surfing in general. Raised in San Luis Obispo, she grew up comfortable in cold water, and when she moved to Oahu's North Shore in the mid-1990s big-wave legend Ken Bradshaw opened up a new world to her by introducing her to the North Shore's abundant outer reef lineups. After settling down in Santa Cruz in 1997 with her husband, Mike, she set her sights on California's big-wave epicenter: the dark, cold, spooky spot known as Mavericks. Gerhardt immediately fell in love with the wave, and the people surfing it.

"Mavericks surfers are pushing the boundaries and living their lives to the fullest on every level," she said. "And Mavericks just happens to be another level." 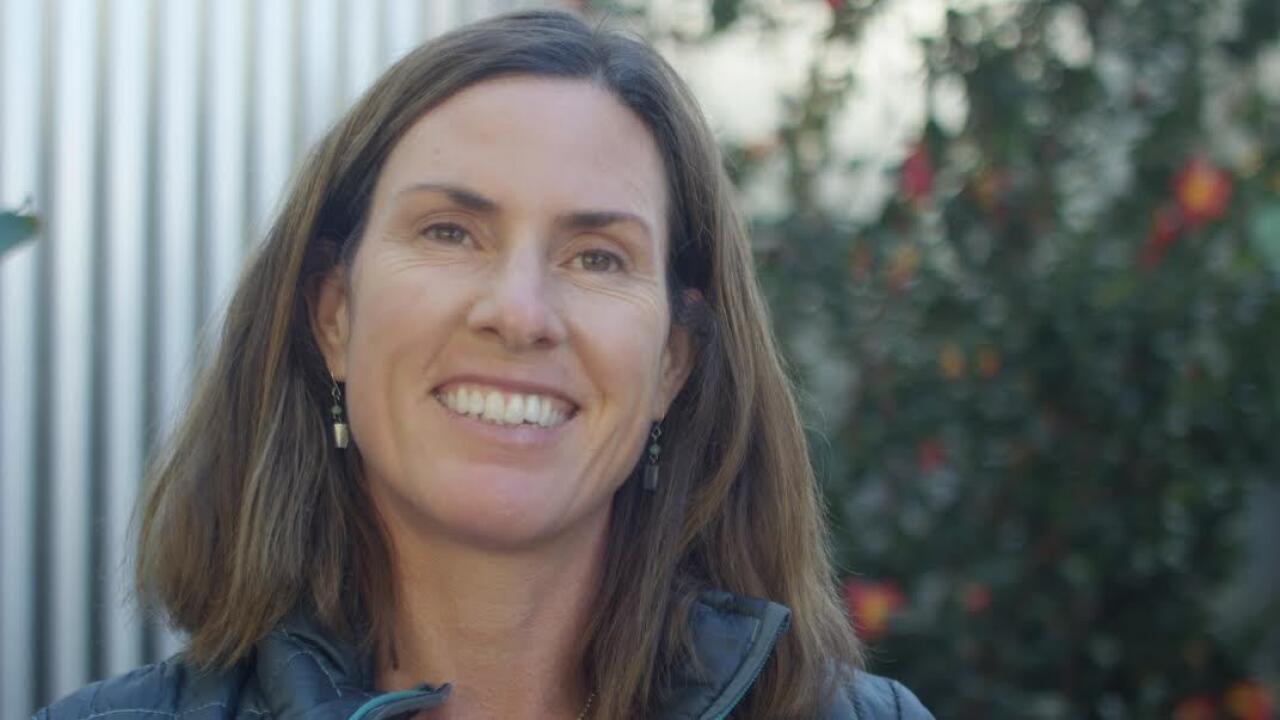 Now a married mother of two and a full-time chemistry professor at Monterey Peninsula College, she and Mike (her favorite Mavericks surfer) are deeply connected to the Santa Cruz surf scene. Though she's only dabbled in surfing contests, Sarah's legacy at the legendary break earned her a invite to the 2018 Mavericks Challenge, where she'll be sharing the lineup with many of the women she's inspired.

"She's not a contest surfer -- it's not something she's spent a lot of time on, but she loves big waves," says Mavericks pioneer Grant Washburn, who helped select local wildcards. "Sarah's smart enough and wise enough to know what to do out there and I'm confident she'll do great during the event." With the event window open, we caught up with the First Lady of Mavericks to get her thoughts on the wave, women's big-wave surfing, and what makes the place so unique. An empty Mavericks beast ready to gobble up a couple of unlucky souls. - WSL / Frank Quirarte

"Surfing Mavericks the first time was quite a shock. I'd spent a lot of time on the North Shore of Oahu surfing outer reefs and had long paddle-outs and crazy conditions and surfed waves that were just as big. But Mavericks was meaner, it was definitely a lot colder and I think that made a big difference. It's dark and it's just mean. I got pretty thrashed paddling out, and that took a lot out of me. So once I made it out, I just sat on the shoulder and watched in complete awe, it's just nature at its finest. But I also realized I wanted to surf it, I just wasn't in the mental and physical space yet because I'd just started a Ph.D. program in Chemistry and that was taking everything out of me. So I paddled out a couple more times and finally got on a board that was made for me, made for Mavericks by Bob Pearson of Arrow Surfboards. My third time out I was able to ride a wave successfully and almost every time since then. But it's always kind of a shock, the fear never goes away, it's always terrifying." What Makes It Unique

"Mavericks is a really unique place because it's in close proximity to one of the most amazing cities on the West Coast, San Francisco, and yet it's in this sleepy, little surf village. Most people don't pay much attention to it. It's actually a shipping hazard, and yet it's one of the best big wave surf spots in the world. It's consistent, it's got a wide enough take-off zone that it can handle quite a few people. There are two different take-off zones, depending on the swell direction, and it's a really long wave, potentially. It's unique because it's so good so often and yet it's dangerous and really powerful. The rock field on the inside is deadly. And it's cold." The women of big-wave surfing are being celebrated more than ever, thanks to people like Sarah. - WSL / Jimmy Wilson

"I feel like the event is an opportunity to celebrate Mavericks and the amazing people who are out there, and also to celebrate the women who've come up in the past 20 years. Some of them who haven't even been surfing for 20 years and some who have. All of the surfers invited to the event have surfed Mavericks with incredible bravery and a little bit of insanity, and they're all chargers. The women's invitee list is really comprised of some of the best surfers that have been surfing it for a long time and some of the surfers that have been really charging it the last five years. But it's an incredible list of surfers, I'm always honored to surf with them. Every single one of them has always been respectful and kind and stoked. It's always exciting watching them charge, because usually I'm on the shoulder watching them charge, they're all rad." 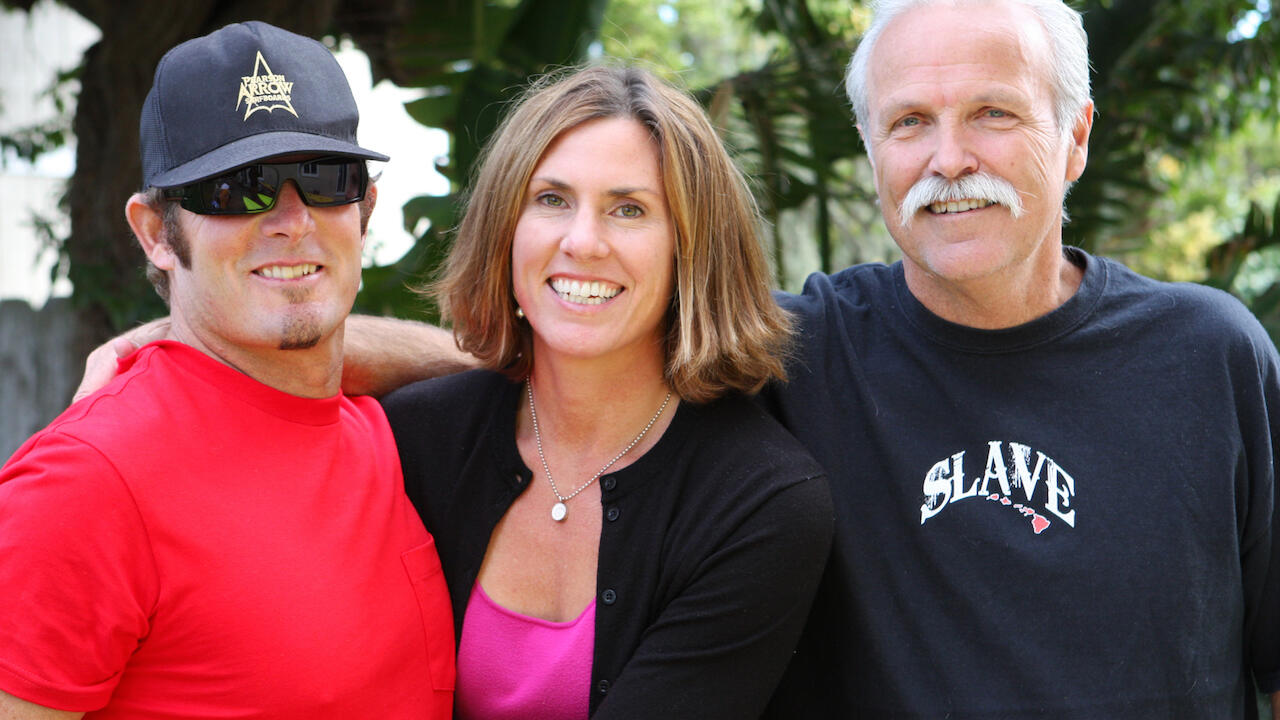 What Makes a Good Mavericks Surfer

"I think a good Mavericks surfer is someone who is flexible. Flexible meaning a surfer who can handle a lot of different surf conditions and is really tough. Someone who can handle the long paddle out, and the cold and just getting annihilated and coming up laughing. Someone who gives everything in life. Mavericks surfers are pushing the boundaries and living their lives to the fullest on every level, and Mavericks just happens to be another level. My favorite surfer out at Mavericks is my husband, Mike [Gerhardt]. He's just happy. He's so stoked to be out there and he surfs Mavericks with a lot of integrity. He's really smart about what he does, and he cares about the people around him. He doesn't just drop in and burn people for glory, he goes on waves he's been waiting for and makes insane air drops. He's really fun to watch."

Local legends discuss the requirements needed to be a regional wildcard for the newest Big Wave Tour event.