Pe'ahi -- also known as Jaws, Maui's famous big-wave break -- is a venue that serves up some of the heaviest beat-downs and biggest lessons in big-wave surfing. Every time it breaks, it will invariably push the pack of elite surfers far outside their comfort zones. Justin Becret, however, a French school kid who turned 16 in November, has started the learning process a little earlier than most. In his first surf there when it was truly massive, he found that learning the ropes comes with a price.

"On the big day at Pe'ahi, I caught one wave, but hit a bump and went down head first," Becret said. "I pulled my vest and came to the surface quickly and looked up to see by far the biggest set and the heaviest wave I have ever seen coming straight towards me. I wore it right on the head."

This is a terrifying situation for any surfer. However, when you are still three years out from graduating from high school, there's likely less experience from which to draw when Jaws clamps down. "I just tried to keep calm and get the most air in my lungs as possible," continued Becret. "I just said to myself, 'let's see what happens.'" Justin Becret, about to feel the full wrath of Pe'ahi. - WSL / Billabong Europe

This wasn't the first time the Hossegor-based surfer had tackled the Maui wave, but last weekend's swell was in a whole new realm. "I surfed Pe'ahi last year, but it wasn't that big," explained Becret. "I teamed up with Tyler Larronde and his family in Maui and use Kolomona from the Skullbase team for safety. I also was surfing with [French big-wave surfer] Benjamin Sanchis, so I had awesome support. They all warned me it is totally different when it is huge. I saw that with this trip. The waves were so heavy, it was incredible to see it. And to go through that set and survive was scary, but a great experience."

It was another step in the big-wave education for the Frenchman who, despite his tender age, has logged some huge waves at Belharra, Mullaghmore and now Pe'ahi. There are very few surfers in the world who are that young and successfully transitioning through such a steep heavy-water learning curve. 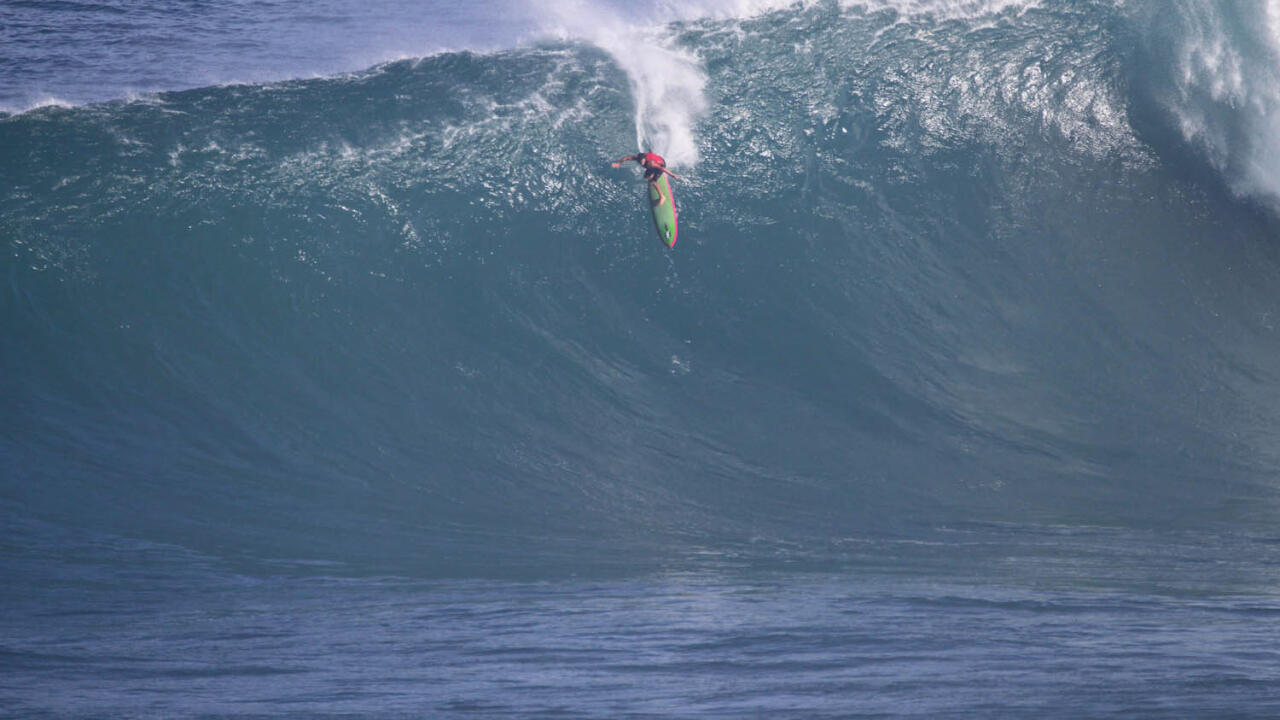 Tyler Larronde has showed Justin the ropes out at Pe'ahi. He's not a bad mate to have in Maui. - WSL / Aaron Lynton

"To sit out and watch the guys that you have only seen through social media or in films was amazing," he said. "To see how guys like Shane Dorian, Ian Walsh, Aaron Gold, the Florence brothers and the whole pack approach the wave was incredible. They are so impressive the way they act, the waves they catch, the whole deal. You just try to soak up as much as you can." 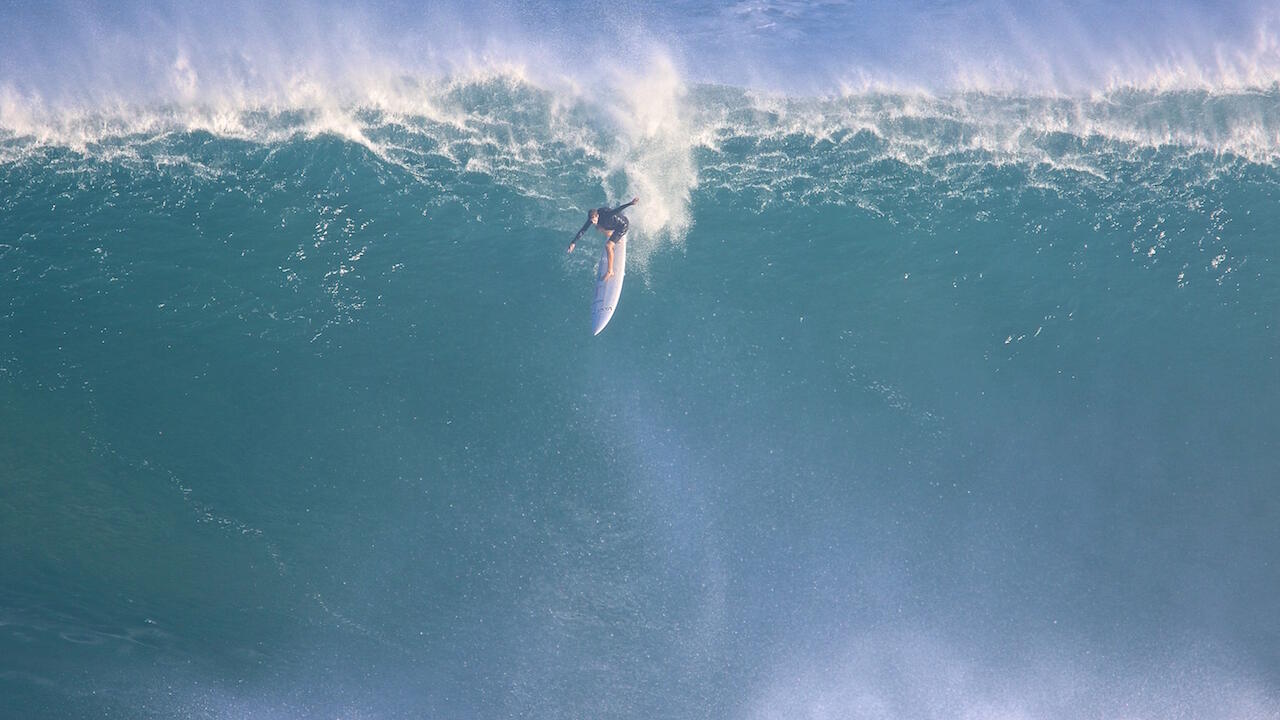 Becret now turns his attention to the North Shore of Oahu, before heading to Australia for six weeks to surf in the Australian Pro Junior series. The talented grom has a huge future, be it in the big-wave realm or competitive surfing. Having had a first proper taste of Pe'ahi though, this looks like it could be the start of a long relationship with the world's premier big-wave spot.

"I was never that scared in the big waves at home, even when I was young surfing with my Dad," he said. "I've just been so lucky with the opportunities I've had to travel and surf other big waves. I hadn't really planned to surf giant Pe'ahi, but the opportunity arose and I was lucky enough to have the right people around me to make it possible. Hopefully if I take my time and gain more experience, there'll be more opportunities down the track." All smiles after surviving the beating of his life. - WSL / Billabong Europe

0:16
- WSL / Brady Lawrence
Thursday, January 14, 2021 Jake Howard
Less Than 24 Hours To Go And Anything Can Happen On The Vans Triple Crown Leaderboard