For a decade, WSL commentator Ronnie Blakey has had front-row season tickets for both the women's and men's Championship Tours. No one watches more heats each year than Ronnie, and it gives the Australian a unique perspective on professional surfing. With the new season warming up, we checked in with him to see what he's most looking forward to in 2018.

The Tour Schedule Shake-Up
I'm really excited about the Tour shake-up, I think it's long overdue. The addition of Bali just makes sense. Keramas is a wave that is tailor-made for where the sport is right now. It is the perfect Tour wave with punch, power, innovation and tubes. It will work for everyone on Tour. 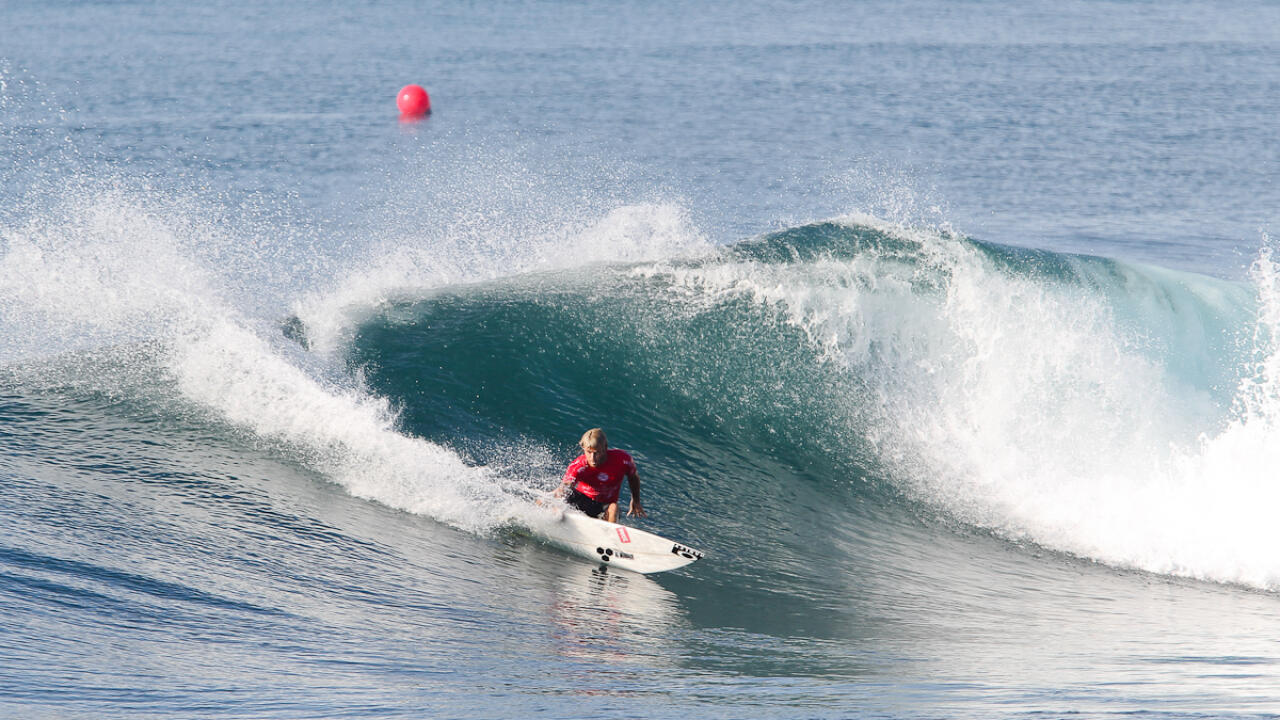 Seabass taps into the potential of Keramas. - WSL / Tim Hain

The Surf Ranch
The Surf Ranch is easily the most interesting event we have had in a long, long time. All the pressure will be solely on the shoulders of the competitor. Conditions won't play a part and there will be no excuses. It's all on you. You've seen what your competitor has done and you have to out-surf it. There's no priority or luck involved so it will come down to pure performance. Watching how all that pans out is the single thing I'm most looking forward to this year.

Steph Tests The Surf Ranch
1:00
Okay...This is getting ridiculous.

Florence, Medina and Toledo
I think the battle for the World Title will feature the same surfers as last year. Gabriel Medina is always a safe pick and I just can't see him having another bad start like he has done in the last two years. John John Florence seems really focused on putting away a remarkable run early in his career. I'd add Filipe Toledo as the other contender. He's training like he's never trained before. That could either add an extra dimension to his surfing, or add the pressure and take away some of his instinctive performances. But I see those three as cementing their places at the top. They are also all improving, which is the gnarliest thing. Everyone else has a lot of catching up to do. Can anyone stop John John in his quest for a three-peat? - WSL / Kelly Cestari

The Rookie Underdogs
It's an interesting crop of rookies this year. Unlike last year, there is so much experience in the group. It's a cast of underdogs who, maybe with the exception of Griffin Colapinto, have had very little hype. They aren't afraid of the big names because their whole careers have been built on overcoming obstacles. That almost makes them more dangerous than a bunch of media-hyped young guys who have the talent, but not the experience. Wade Carmichael is a good example of an unhyped rookie who could get on a roll. - WSL / tony heff

The Women's Depth of Field
I think last year's women's World Title race was incredible. I sense all those contenders -- Tyler Wright, Courtney Conlogue, Stephanie Gilmore and Sally Fitzgibbons will all be involved again.The hunger is still there. But the interesting thing is the depth. Carissa Moore will be back stronger than ever after a blip last year and I think Lakey Peterson and Malia Manuel could really step up. If they find some consistency and learn how to win events they could push into contention. Then there is the 15-year-old Caroline Marks, who is a glimpse into the future. It is one of the strongest top 10 fields we've ever had and you just know it will be exciting and go down to the wire again.

Could Lakey Step Up in 2018?
0:56
Kicking boys' butts was a big part of Lakey's lifestyle while growing up in Santa Barbara.

Kelly's Added Dimension
Of course we have to mention Kelly Slater. He still remains one of the most interesting things in pro surfing at the moment. It just kinda blows my mind that we are still all getting to see it unfold. He's got nothing to prove, but he knows he has some work to do against John John and Gabriel. When it is barreling, though, he still is one of the best. I mean he made a load of heats at Pipeline on one foot. However it's not even really about where he finishes, it's just about having him still play a part of it. He draws everyone in because the story is captivating. He still has that aura that can rattle people and brings out feelings in competitors that no other surfer can. Draw him and you are in the limelight for a 30-minute window. It's a unique pressure for the other competitors. And if he gets on a roll and stays near the top, it will yet again change the use-by date surfers put on themselves for a CT career. His presence just adds so many dimensions to the Tour. As long as Kelly is in a contest singlet, the surfing world remains a better place. - WSL / Damien Poullenot