Paige Alms again made history today, becoming the second-ever Champion of the Women's Big Wave Tour (BWT), and winning her second Title in as many seasons.

"Winning a World Title, let alone two, has been a childhood dream since I can remember," said Alms. "I am so honored to be able to win twice and bring the trophy back home to Maui, where it all started for me. It is an amazing feeling to be at the top with these awards and titles, but to be honest, win or lose, I feel like I'm always winning. Being able to do what I do and share that with my friends and family, I'm winning everyday. I hope that what I am accomplishing in my career will give hope and inspire the next generation to go after their goals and dreams."

Alms has been charging big waves since she was 15, and is now practically unstoppable in both the competitive and freesurfing realms. Not only has she won the Women's Pe'ahi Challenge for two years running, but she also won for Women's Best Performance at the Big Wave Awards in 2017. She has been nominated every year, starting in 2012.

In addition to her big-wave pursuits, Alms was also featured in a 2015 documentary called The Wave I Ride, from director Devyn Bisson. The film portrayed her journey to the big-wave arena, including both her support system -- specifically, her partner and shaper, Sean Ordonez, and her mother -- and the odd jobs that she's juggled along the way. For Alms, however, the long road has been worth it.

"You can do anything," she told Bisson. "I try to share that...because I'm doing stuff now that I've always dreamed about doing." 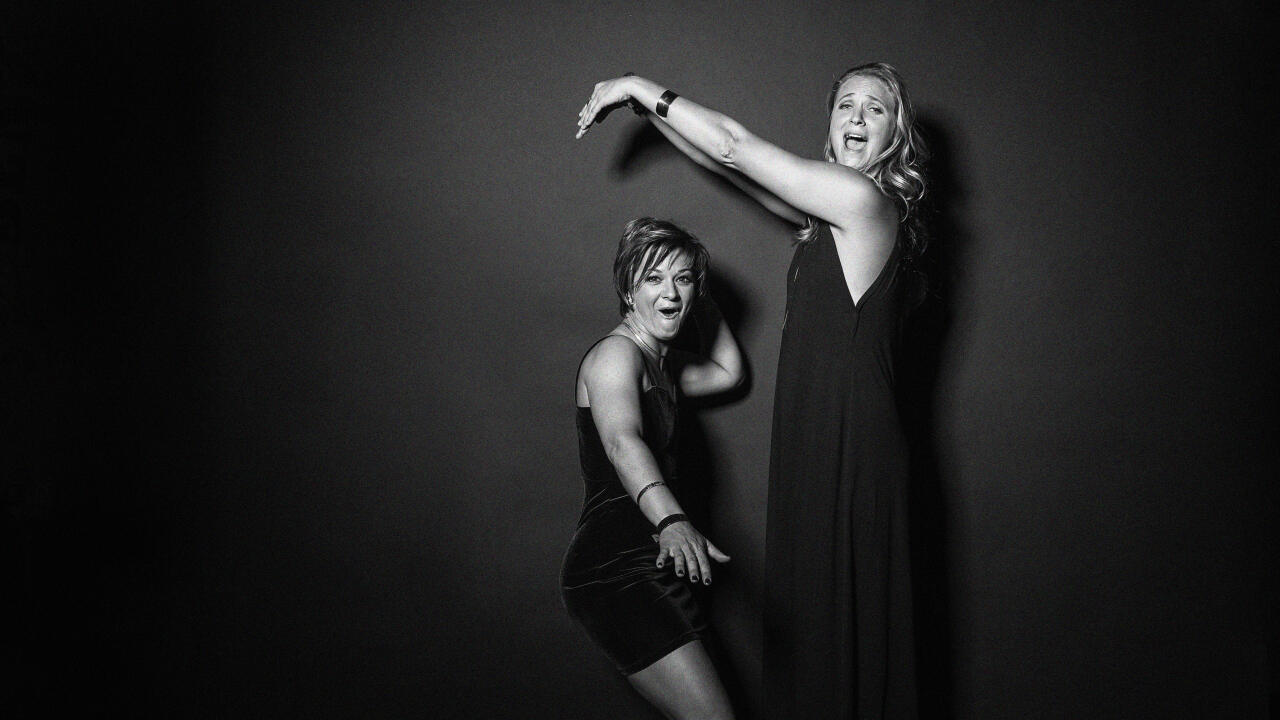 Alms (right) with good friend and fellow big-wave pioneer, Bianca Valenti, at the 2016 Big Wave Awards. Both women have been outspoken proponents for even more opportunities for women in the professional big-wave arena. - WSL / JP Van Swae

Alms has also been calling for more opportunities for women who ride giants. "I believe that having a platform to perform in the best conditions with only six women in the water is one of the best ways to push the level of the sport," she said. "As big-wave lineups get more and more crowded, I really look forward to having these events that allow for an empty lineup and being able to pick and choose the waves that you truly want."

Last October, Alms won the second-ever WSL BWT event for women, and the second one at Pe'ahi, where she has been a regular in the lineup for years. Not long after her triumph there, she told the WSL about her vision for the next phase of women's professional big-wave surfing. "Eventually, in the next few years, it would be great to have a full tour, like the men's," she said. "That is a path that the WSL is laying the groundwork for now, having a few events.

Big Wave Champ Paige Alms Drops In on Dawn Patrol
11:11
The Maui local and recent winner of the first-ever Pe'ahi Women's Challenge stop by the desk to talk surfing, training, and making history.

"But I have no doubt that in the future it will be a full-blown tour, and women will be on the same level as men, maybe even competing against the men, there might not be two separate divisions. The more opportunities there are to do events and to have empty lineups --- it is a battle when there's only one or two women out there with 70 guys, it is kind of hard to get waves. I think the more opportunities we have like that, the better we're all going to get, the level of the sport is going to improve, and, hopefully inspire more girls to get out there and start charging."

For now, though, Alms is leading the way, one World Title at a time.