The race for the 2018 WSL South America Championship Title begins this month with contests in Peru and Argentina. The first event of the season will be the WSL Qualifying Series QS 1,000 Men's and Women's Copa Triathlon Reef Pro, held in San Bartolo, Peru on March 10-11. This will be followed by the traditional WSL Men's and Women's Qualifying Series Rip Curl Pro Argentina in Mar del Plata during the Easter Holiday from March 27 - April 1.

Points from both regional events will be valid towards the WSL South America rankings. While the Women's event in Argentina has a QS 1,000 status, the Men's division is a QS 1,500 rated event and will distribute $25,000 in prize money.

Regardless of the event status, all Regional events around the globe (QS 1,000 and QS 1,500 events) provide 1,000 regional ranking points to the event winners. With all the talent coming out of Brazil, Peru, Chile, Argentina and more, earning the WSL South America Regional Championship Title comes with a high-level of prestige and an added bonus…all WSL Regional Champions are given automatic entry into the following year's QS 6,000 and QS 10,000 events around the world. These are the events that draw a beeline straight to the WSL Championship Tour.

Last year, huge waves bombarded the Peruvian coastline in San Bartolo and forced event organizers to relocate the event. That gave the world its first glimpse of competition held at Peñascal, which looked uncannily like Sunset Beach in Hawaii. 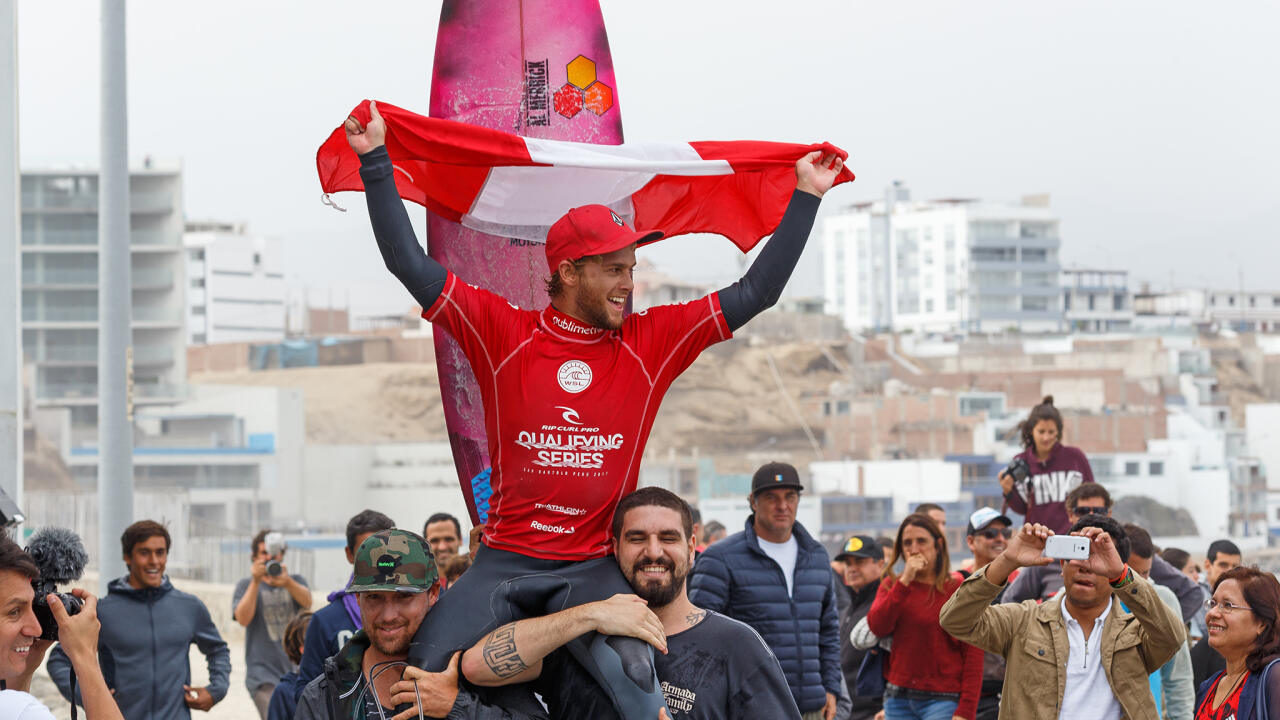 Miguel Tudela (PER) and Anali Gomez (PER) thrilled the hometown crowd as they both secured 1st place in their respective divisions. Gomez continued her torrid performance throughout the 2017 season and capped it off by becoming the first athlete to become a 3-time WSL South America Champion.

In Mar del Plata, the waves were all-time and the contest was held at the harbor jetty known as El Yacht, since it's located right next to a yacht club. Thiago Camarão (BRA) won the 2017 edition of the Rip Curl Pro Argentina and like Anali Gomez, also maintained a high success rate during the year and clinched his first WSL South America Championship Title.