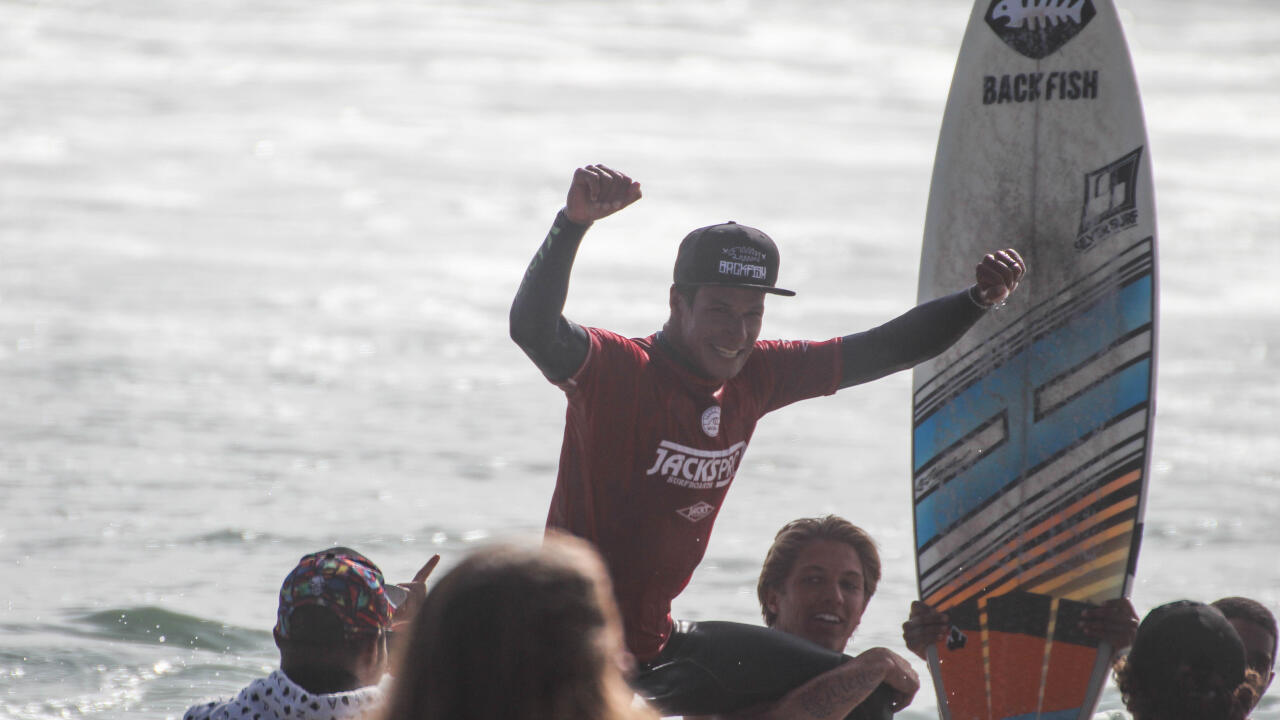 The 2017 Qualifying Series (QS) ended with a handful of Brazilian grinders finally earning their call up to the elite Championship Tour (CT) when the Vans World Cup blew its final horn. Hizunome Bettero watched as his countrymen emerged from the shores of Haleiwa New Era CT Rookies and it's only re-invigorated the 32-year-old's drive.

Bettero returns to the Jack's Surfboards Pro QS 1,500 at Huntington Beach, California, March 23 through 25, ready to battle for his event title -- though finds himself in new territory as defending event winner. Bettero's committment to the sport he loves has never been in question -- charging pumping Sunset to two-foot shorebreak. - WSL / Keoki Saguibo

"Sometimes you think it will never come, but if you keep fighting for it and really believe in yourself, God will give you a blessed day," the Brazilian said after finally earning a win nearly ten years later on the QS.

It was a clean sweep for Bettero last year, not losing a single heat all the way through to the Final, as he showed his mastery of the varying conditions on offer from clean, open walls to windblown sections. But he's had a tough start to 2018 once more, sitting at No. 178, and is in need of a result.

"The Jack's Surfboards Pro was my first win on the QS so I made a point to come back here and I hope to defend this title. I have focused a lot on the physical part -- functional trainings and surf trips. I never stand still. I'm always looking for a way to accompany the new generation [of surfers coming up as well]."

The Brazilian has a great foundation at his home of Ubatuba, and continues to push harder than ever for his family while chasing the ever-elusive Dream Tour.

"It is very good to go home and enjoy time with my family. We surf together and whenever I go back on the road I go in search of good results, but without any weight [on my shoulders], thank God, because my family always encourages me."

Tune in LIVE on worldsurfleague.com for the Jack's Surfboards Pro QS 1,500 beginning at 8:00 a.m. PDT Friday, March 23 through 25 at the Huntington Beach Pier.

Check out a selection of fine surfing imagery from Santa Barbara, Azores.