More and more WSL Qualifying Series (QS) events in California continue to produce big performances from the local contingent, and a handful of them are into finals day at the Jack's Surfboards Pro QS 1500. But, they must keep a strong international field at bay, as Brazilian and Japanese contenders tear their way through rounds.

A stacked Round 4 draw awaits some of North America's top QS competitors -- including former Championship Tour (CT) surfers and a wealth of hungry up-and-comers who are beginning to stake their claim as threats. Brett Simpson is back in a jersey and showcased why he's a two-time Vans US Open QS winner. - WSL / Nilton Baptista

One of Huntington Beach, California's, own Brett Simpson continued his hot streak of QS events at his local break with a brilliant 2018 debut performance. Though his priorities have shifted toward family and community, his days on the WSL Championship Tour (CT) is never far from his mind looking ahead.

"My kids are down here having a blast and it's the best thing ever, it's a life-changer and wouldn't want it any other way -- except for maybe a couple more years on Tour, but I was blessed to have six good years on that stage. I'm still healthy which is nice and enjoying these events while not having to travel as much. Surfing was the last thing I picked up on [for sports] when I was 12, and I felt that whatever I pursued hard I could do. After that, the rest was history. 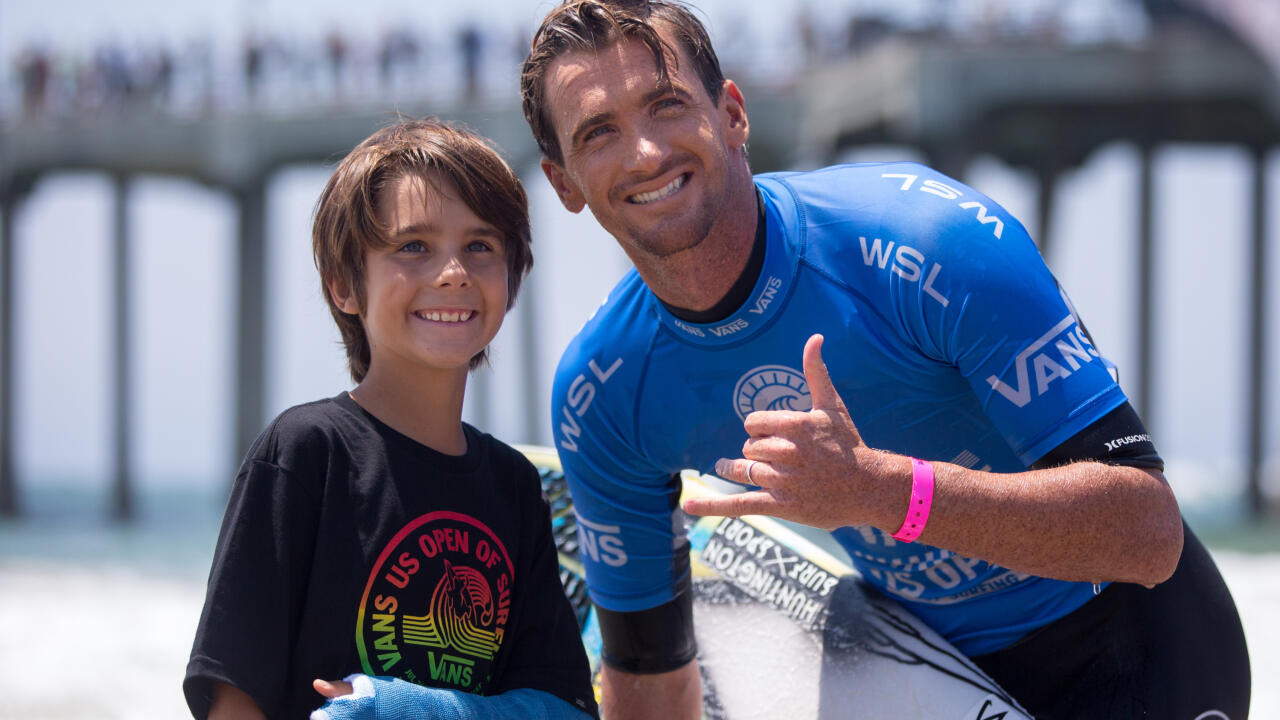 And Simpo's history goes deep against some of the world's best with his hometown always behind him. - WSL / Jackson Van Kirk

"In 2009 at the US Open I took out a guy who's retiring in about two weeks and one of my favorite surfers ever -- [Mick Fanning]," Simpson added. "He's just a legend guy to be around. Obviously Kelly's [Slater] is the guy with 11 Titles, but Mick evolved the sport too. He and Andy [Irons] were one of the first guys to really rival Kelly and push the sport to be more physical. I got him and then in 2010 I got Jordy [Smith] so there's a couple names I'm pretty proud of." 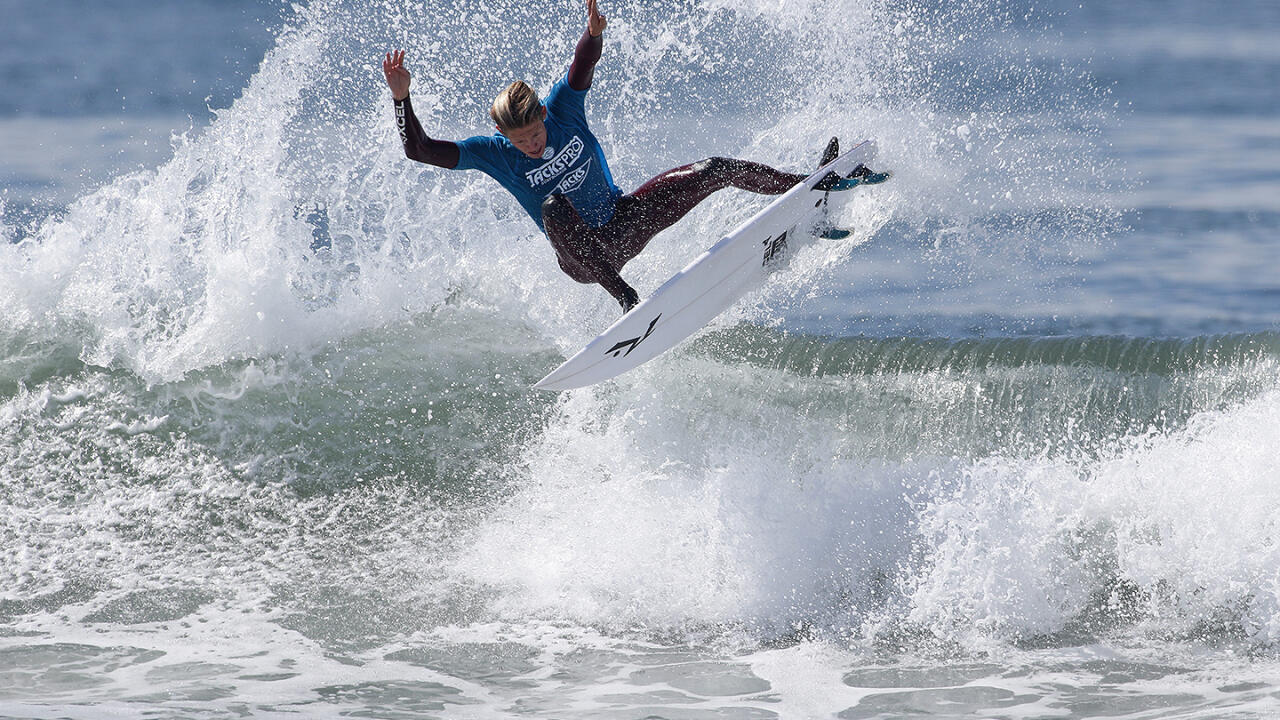 Kevin Schulz found himself in, arguably, one of the highlight heats of Round 3 alongside top-seeded and fellow San Clemente surfer Taylor Clark, as well as yesterday's standouts Parker Coffin and Liam Murray. But, Schulz emerged victorious with his strategy paying off and nabbing an early lead that he never gave up -- boasting an 8.00 to open his campaign. The 22-year-old keeps his stock growing among the regional ranks with consistent heat wins.

"It seemed like the lefts were more consistent and I wanted to paddle away from everyone and risk it, but that wave came through so it was a good start," Schulz said. "It's hard having heats with friends like that, I grew up surfing with all three of those guys, and having to sit on them with priority, but that quick start was a big difference. My focus is more on the North America events and I feel a lot less stressed because of that, which is when I have the most fun surfing. It seems to be working right now so it feels great." Nate Yeomans continues to impress -- dropping a near-perfect 9.10 in Round 3. - WSL / Andrew Nichols But, keeping the international contingent strong, former CT competitor Alex Ribeiro debuted with a heat win of his own as he looks to rejoin the Top 34 after his countryman, and defending event winner, Hizunome Bettero was eliminated.

The São Paulo, Brazil, native's resume speaks for itself with some big heats under his belt on the Dream Tour and now begins back-to-back QS events here at Huntington Beach before heading to Barbados. Ribeiro's personal ambitions go beyond the WSL jersey in light of the 2020 Olympic Games, despite some tough competition among his fellow countrymen.

"I've surfed against a lot of World Champs including Kelly [Slater], Gabriel [Medina], Adriano [de Souza] so I've had a lot of experience and want to get back there really bad," Ribeiro said. "Everyone's excited about the Olympics, I'm still unsure of how it all works, but it's going to be fun to shoot for. I love coming here to Huntington because I can work on my boards and it's a great training for the US Open, but my focus is here before looking toward next week's QS 3,000 in Barbados." The Japanese contingent is led by an in-form Takumi Yasui -- who returns to competition after a near two-year hiatus.

Finals day is set and will be LIVE at 8:00 a.m. PDT beginning with Round 4 at the Jack's Surfboards Pro.