A handful of competitors made their debuts a bit earlier than usual, such as Colt Ward, but were not phased by the Round One and Two bouts at Hungtinton Beach. - WSL / Andrew Nichols

Opening day of the men's Qualifying Series (QS) proved fruitful for a few recognizable names at the Jack's Surfboards Pro QS 1,500 on the shores of Huntington Beach.

A handful of competitors emerged in early rounds after last-minute entries worked to their advantage. The road becomes much longer for these surfers, but a few extra heats under their belts may prove the difference maker in later rounds -- particularly in the playful conditions on offer. Jake Marshall made his mark on the day's proceedings in a big way. - WSL / Nilton Baptista

Jake Marshall's run in Australia witnessed the 19-year-old power through some hotly contested heats before taking a detour on the way home to California. Marshall debuted in Round One, much earlier than his typical Round 3 start at this level due to a late entry, and showcased why he's a top seed at this level of competition -- earning an impressive 16.50 (out of a possible 20) heat total.

"I felt really good in those contests and even though I made a couple heats, I really wanted to break through to the man-on-man round," Marshall said. "But, I still had some good heats and surfing Huntington is always fun. I feel really confident out here because I've surfed so many events at this wave. The event in Florida gave me some confidence as well going into this year. I made some mistakes in the Final and want to get back to that stage of the event here and go one better." 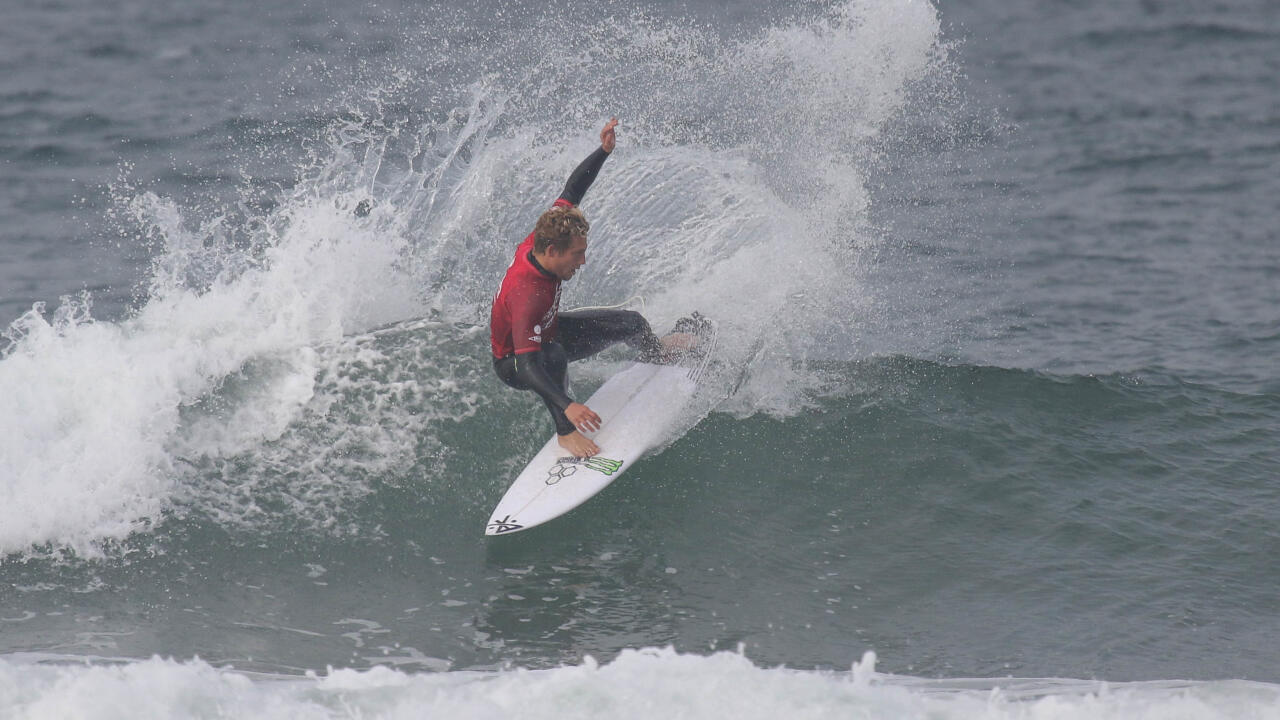 Parker Coffin -- straight off a plane from Australia and into two heat wins at Huntington Beach. - WSL / Andrew Nichols

Santa Barbara, California, native Parker Coffin came out firing in his debut -- winning both his Round 1 and Round 2 bouts. The younger brother to Championship Tour (CT) surfer, Conner, Parker spent his time at pumping Snapper Rocks before narrowly making it to the sands of Huntington Beach for his Round One heat. The 22-year-old continues to find the right recipe in a jersey, but has the ambition to put it all together.

"It feels so nice to put the jersey back on, I always like coming back to compete, but I swear I never get to compete in California," Coffin said. "The only one I really get to do is the US Open which is a circus so it's nice to be here in the spring and get some fun waves. This year I thought I better start getting into more of these events in hopes of making it alongside my brother." "It's amazing what those guys do and just to see what they do to be the best is crazy -- it's pretty eye opening. A lot of the QS guys work hard, but those guys are the elite for a reason. It's so fun to be in the water with them and I thrive with guys who want it bad, so to be around all them you just go into black out mode. That's what I'm trying to bring into the jersey." Jeremy Carter may not be considered a QS threat just yet, but he's making noise to differ. - WSL / Andrew Nichols

Colt Ward's late entry placed him into the dreaded Round 1, but flourished in his debut. But, fellow San Clemente, California, local Jeremy Carter stole the show in their Round 2 bout. Carter is becoming more apparent on the QS scene with each passing event and awaits a breakthrough performance. But, his determination and drive make him a true QS grinder, and threat to the top seeds who await in Round Three.

"I got to watch Colt [Ward] rip in the Boardriders yesterday and we both made it through that heat so it was ideal," Carter said. "There's a lot of good people surfing in these early rounds, and in this contest in general, so hopefully I can make a few heats and better my seed. It's cool to see a lot more events in North America this year so I don't have to go to Africa for a QS 1,000, and my goal is to finish high up in the regional rankings to see what happens from there." "I've been through college and came out with a degree and then worked at Hurley, but I was watching everyone do contests and thought I was good enough to give it a go. Thankfully I got a sponsor and I coach kids so any money I make goes into supporting myself which is really rewarding." Miyu Furukawa, along with his fellow Japanese contingent were a force to be reckoned with opening day. - WSL / Andrew Nichols

But, the Californian contenders have an international field ready to strike as terrific performances from Miyu Furukawa, Takumi Yasui, Guy Sato, Yugo Kawabata, and Souichiro Yuki all made their way to Round Three with Round One and Two heat wins.