East London - The Mitchum Buffalo City Surf Pro pres by Reef Wetsuits will take place on the weekend 13-15 June, and surfers who are entered better have their step-ups nearby.

There are many hardcore and supremely fit surfers competing at this event and on the WSL Africa tour, but they might need to dig deep when the weekend swell pulls in. For this event - the third event on the WSL Africa Tour and the second on the City Surf Series - there is a powerful and solid swell arriving on the weekend, with waves expected to be in the six-to-eight foot on Saturday, leading into Sunday, the final day of competition.

Nahoon Reef is a perfect right-hand deep-water reef-break that throws some big barrels and has a few tricks to its shifting line-up. Greg Emslie, who placed equal third at the Royal St Andrews Hotel Port Alfred Classic, is one of the most successful surfers from Nahoon Reef and knows his way around the line-up like few others. "When there are good waves at Nahoon Reef there are so many opportunities," said natural-footed Emslie. "You can get a good, green wall out the back that will run all the way through, they're sometimes some of the best waves to be had out there. You can also pick up one of the big white-water roll-ins. These waves are much more tricky and people tend to leave them alone, but if you can get one and set up for the inside, they sometimes make for classic double-up sections. Then there are the other double-ups that you can pick up half way up the reef, that open up across the inside section, and that you can just belt, and score an 8 or more."

Regarding the upcoming swell, Emslie is hedging his bets for now. "There have been a few similar forecasts this year that have not yielded good surf, so I'm not going to make a call on this one just yet."

When asked about Nahoon Reef when it does get big, Greg acknowledged that it is a proper wave. "You can definitely use a step-up out there when it gets solid, as there is a lot of power out there," agreed Emslie. "I don't use a step-up much out there, because I prefer to surf in the pocket, but there are many people who surf it on a step-up on bigger days and they rip it to pieces."

Steven Sawyer is one surfer who will be interesting to watch out at Nahoon. He's the event's defending champion and has just come off a second place in the Men's Longboarding division at the Royal St Andrews Hotel Port Alfred Classic. He is also good to go when the surf starts getting double overhead and more, which is a very distinct possibility at this event. J-Bay surfer Joshe Faulkner is always a contender on his backhand and loves it when the surf gets a bit meaty, as is forecast for the weekend. - WSL / Thurtell

Other surfers to watch out for are Jordy Maree and Jordan Lawler from Australia, the two finalists from the Royal St Andrews Hotel Port Alfred Classic last weekend, as well as Matthew McGillivray, currently ranked 10th on the Qualifying Series and David Van Zyl, who leads the WSL Africa rankings. Matt McGillivray is the highest ranked QS surfer in South Africa, sitting at 10th on the world ratings. He will be keen to get to work this weekend. - WSL / Thurtell

The East London event does have a solid international contingent coming in to compete. Apart from the aforementioned Lawler there is Kenta Ishikawa from Japan, Daniel Farr from New Zealand, Remi Petersen representing Netherlands, Gustavo Borges from Brazil, the Mauritian champ Jean Patrice Furcy, and Darcy De Clouett from Australia.

In the Women's 1,000 QS event there will be a new champion crowned, as last year's winner Sophie Bell is not in the event. There are a number of surfers however, who are all ready to move in and grab the victor's crown in her absence. First and foremost is the Argentinian surfer Josefina Ane, winner of the Royal St Andrews Hotel Port Alfred Classic last weekend and the on-form female surfer of the moment. She will be chased down by surfers of the ilk of Zoë Steyn, Crystal Hulett, Emma Smith and Nicole Pallet, all hungry for points at this stage of the tour. A win or a good result here will be a massive psychological boost to surfers heading to Durban for the next exciting leg of the tour. In the JQS Men's event, international surfers Gustavo Borges from Brazil and Darcy De Clouett from Australia will compete in their second division, and will come up against top seeds Max Elkington, Koby Oberholzer, Calvin Goor and Angelo Faulkner. 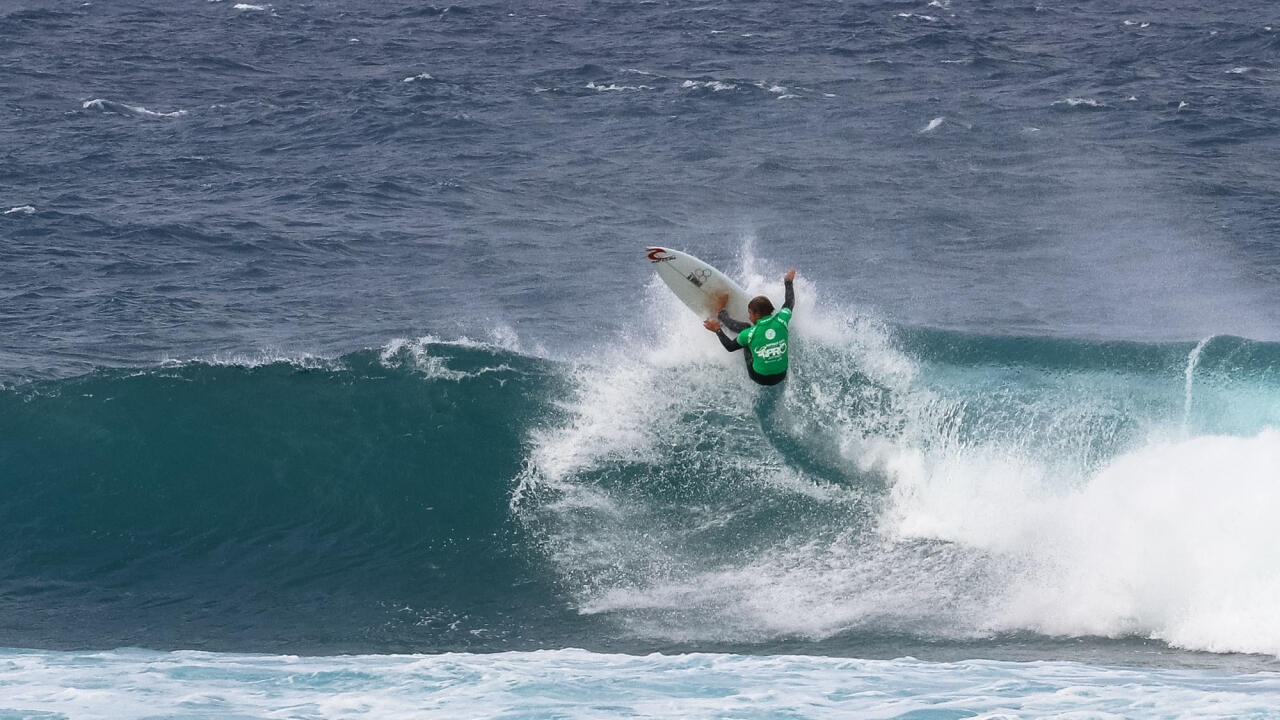 Should that big swell hit, Koby Oberholzer is one surfer who will relish in the bigger conditions at Nahoon Reef. - WSL / Thurtell

The JQS Women's contest is equally loaded, with top junior surfers also champing at the bit for a share of those valuable points. With the cancellation of Sophie Bell from the event, Kayla Nogueira, Kai Woolf and Kirsty McGillivray are all ready to do some damage at this event, as well as Tayla De Coning, Summer Sutton and Zoe Smith. S'Nenhlanhla Makubu will also be competing, and will also be hungry for points in this competitive division, along with the previously-mentioned Zoe Steyn.