After two straight days of competition from the Men's division, the spotlight turned to the WSL Women's QS 1,500 Heroes de Mayo Iquique Pro in Chile. Despite a slight decrease in swell, consistent waves in the 3-foot range (1 meter) provided plenty of scoring opportunities at La Punta, one of the world's only urban reefbreaks. 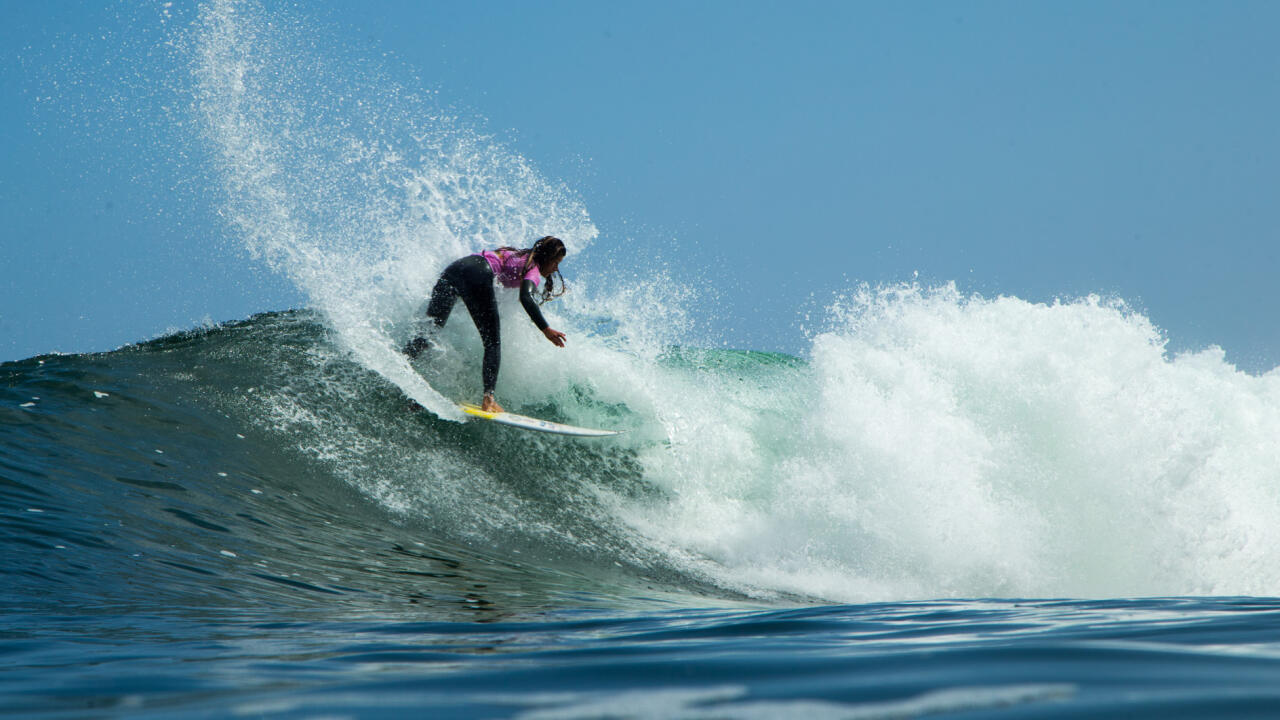 At the take-off zone, La Punta has a steep drop into a barrel section, followed by a fuller shoulder for maneuvers before reaching the shallow inside section that can be used for aerials…or sending surfers into the rocky reef. Both occurred today.

The current WSL South America rankings leader, Dominic Barona (ECU), has yet to lose a heat in 2018, winning the first two QS contests in Peru and Argentina. Barona was in the first heat of the day and maintained her form, easily advancing in Rounds 1 and 2 to guarantee a spot in the Quarterfinals. 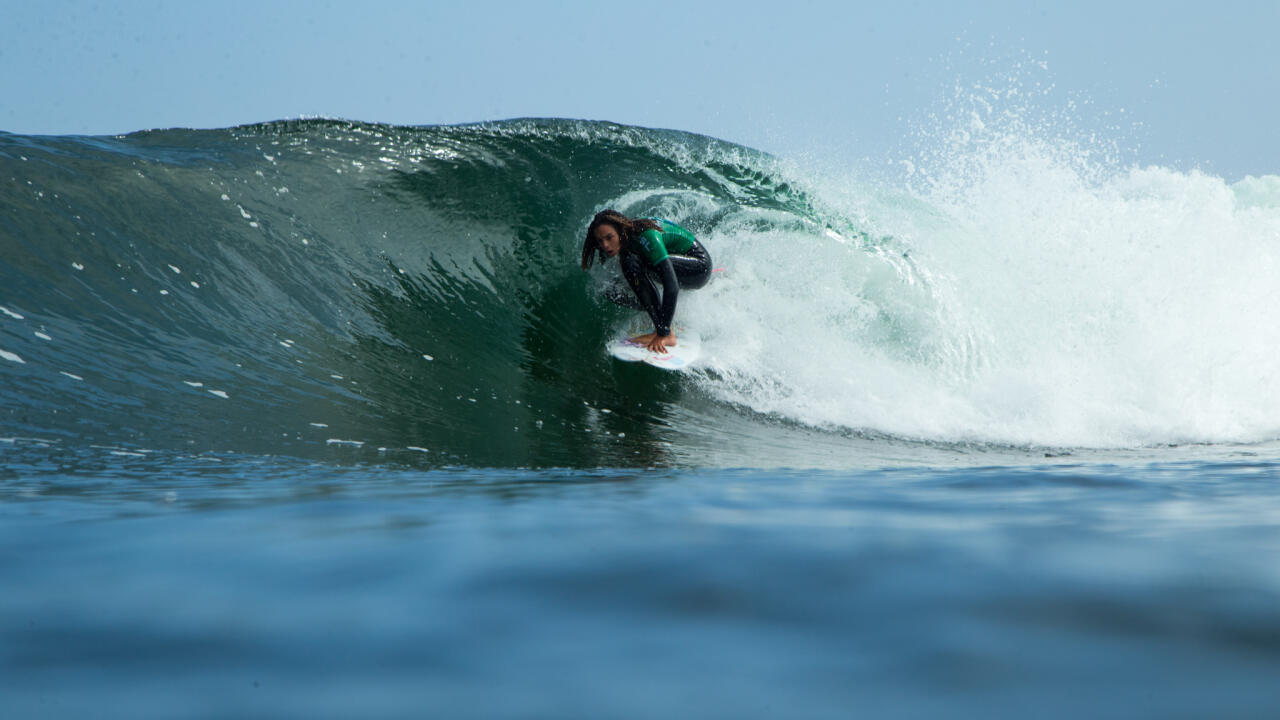 "This place is so enchanting, I feel completely at home here, the people here have always treated me so kindly and it just helps me feel more confident," said Barona, visibly beaming after her heats wins. "The waves are so good and I'm just so happy to have the opportunity to surf here."

As one of the athletes on the forefront of Women's surfing in South America, Barona talked about the importance of competing in more challenging types of waves.

"It's very important for the girls to compete in these types of waves, which aren't common at most events. As an athlete, I feel like you need to be ready to surf in any kinds of conditions and we're definitely being challenged here. It's a great opportunity for the women to show how good they can surf in these types of waves," Barona concluded. Barona will now face Lorena Fica (CHL), who along with Jessica Anderson, are the only remaining surfers from Chile that are still in the competition. In Heat 2 of the Quarterfinals, Nicole Fulford the 17-year old surfer from New Smyrna Beach, Florida will have her hands full against Anali Gomez, a fearsome competitor from Peru who owns multiple South American titles.

After winning her Round 1 heat, Gomez reflected on competing at a wave like La Punta.

"I was super nervous in my first heat, especially at such a spectacular wave like this one. You just want to advance so you can keep surfing," said Gomez in her typical good humor. "We're used to competing at beachbreaks, so it feels great to be surfing here. There weren't too many barrels on offer, so I tried doing more vertical maneuvers to get higher scores. The talent level here is off the charts and I hope the swell picks up and it stays good for the next couple of days." After Women's Rounds 1 and 2 were completed, Men's Round 4 hit the water. As the tide filled in, the barrel at the take-off zone became more consistent. Despite beginning Heat 1 with an interference penalty, Marco Giorgi was still able to advance in 1st place by catching a nice barrel for an 8.00 ride.

In what became the most exciting heat of the day, two of Chile's best tube-riders, Manuel Selman and Guillermo Satt, went blow for blow against Skip McCullough (USA) and Igor Moraes (BRA) on the steep righthanders at La Punta in Heat 2 of Round 4. After the Chileans set the tone, McCullough paddled into a deep barrel, smashed consecutive frontside hacks and finished off with a tweaked-out air into the flats for an 8.50. Selman followed suit with an even deeper barrel and consecutive off the tops for a 9.00. Then only seconds later, Satt caught an incredibly long barrel, disappeared behind the curtain and somehow came out down the line after the spray for a unanimous 10-point ride.

"I felt incredibly focused in that heat, but I didn't start off too well," Satt commented. "I began the heat trying to catch those little lefts, but they were just taking too long. After that I caught a small barrel on my backhand for a 5.00 and decided to just wait for a good set to come in."

When describing his 10-point ride, Satt described the situation just prior to the wave: "My opponents were all getting high scores, but I knew I could get one too…and that's when that perfect wave came. It had a perfect barrel and I just tried to stay as deep as I could. There was a second that I thought I wasn't going to come out, but thankfully I made it and the judges gave me a 10. It was an incredible wave and I think they got the right score (laughs)."

It was only the second 10-point ride of the event. Torrey Meister (HAW) earned a 10 by ticking all the boxes on the judging criteria on the first day of competition at the Heroes de Mayo Iquique Pro in Chile.

A call is set for 7:30 am local time on Thursday for continuation of the Men's and Women's QS 1,500 in Iquique.

An incredible day of surfing went down at Iquique, Chile.

Catch all the action and drama from the QS 1500 Heroes de Mayo Iquique Pro in Chile.