The World Surf League (WSL) is back on Mexican soil to kick off the women's Los Cabos Open of Surf and men's Pro Junior contests Monday, June 11, through Wednesday, June 13, before jumping into the Women's QS 6,000. The North American contingent will have to deal with Summer Macedo once more. - WSL / Andrew Nichols

Some of North America's best talents who are 18 and under will take to the water. The women will be joined by a few international threats who have dominated this event since its inception in 2015. A run of good swell is forecast to get the event underway and provide these juniors a chance to show what they're capable of on the high-performance wave known as Zippers.

A preview for the women's Qualifying Series (QS) 6,000-level event, the junior women showcase a glimpse of future generations to come. Though the field will be missing reigning North America Women's Junior Champion Alyssa Spencer to a fractured tibia, current No. 1 Kirra Pinkerton is joined by some of the region's best to challenge the formidable international competitors on hand. 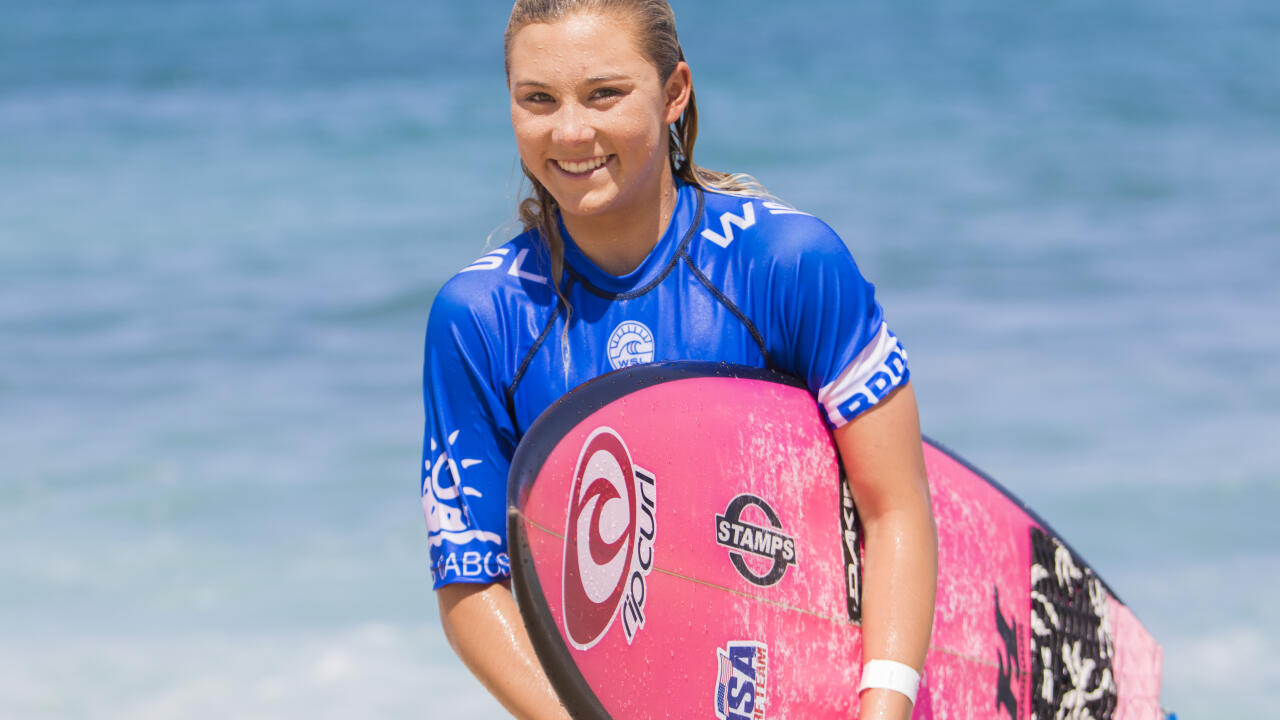 Though Summer Macedo is a Maui, Hawaii, native, the 2017 event winner is considered an international competitor, and she'll be back to defend her contest title. Macedo was a standout in both the QS and Pro Junior contests last year and looks to return with that same fire once more. While the points didn't count toward Macedo's season, it certainly sent the word out that she meant business -- and ended the year with a runner-up finish at the World Junior Championship. Macedo is also coming into this event with some steam, earning runner-up at the Barbados Surf Pro QS 3,000. - WSL / Damien Poullenot

"I had a stacked final with the best juniors in the world and to come out on top was such a confidence booster," Macedo said. "I'm really excited that the junior is a separate holding period this year because I'll be able to get my first heat jitters out of the way, get some extra practice in, and be completely ready when the QS starts. I'm so excited to come back to Cabo this year. I just feel so comfortable with the environment and I feel like the wave really suits my style. I've been training really hard these past couple of months at home and I'm going to be so stoked to put a jersey on and let all my hard work pay off."

Eva Woodland, meanwhile, enters the Los Cabos Open of Surf for the first time after earning her best result, a third-place finish, to start 2018. The 16-year-old is from Melbourne Beach, Florida, but represents the country of Costa Rica at the International Surfing Association (ISA) level. Woodland hasn't put together a full season just yet, but has the potential to be a spoiler this year -- she's currently sitting at No. 3 on the rankings. Eva Woodland's backhand will have to be in top form for a chance at this year's win. - WSL / Andrew Nichols

"I've never been to Cabo so I'm looking forward to surfing in a new place," Woodland said. "I've just been surfing and working out as much as possible and trying to have a really positive mindset. It was a huge confidence-booster to make the Final to start the year. Pro surfing is something I dream of having as a career. The progression in women's surfing is amazing and I'm so inspired by how hard everyone works." The smiling Samantha Sibley is looking for a big result to make up for a slow start to 2018. - WSL / Damien Poullenot

San Clemente, California's, talent pool is seemingly never-ending and Samantha Sibley is another example of that. Sibley recently celebrated her 15th birthday, but has shown she can compete with some of the QS's best after earning a Quarterfinal finish at the Barbados Surf Pro QS 3,000. However, it was a much-needed result after starting the 2018 Pro Junior season with a throwaway, and she'll need to capitalize on her opportunity to gain ground in Mexico.

"The Cocoa Beach result was lower than I would have liked, but we all have those heats that go our way [or don't]," Sibley said. "Making the Quarterfinals in the Barbados QS helped to bring up my confidence after getting the throwaway score in the Pro Junior to prepare for Cabo. I've been focusing on my backhand and have been working to have a good head space going into the contest. I'm super excited! Cabo is one of my favorite places -- the weather, waves and food are amazing. It's always one of the highlights of the year."

This event also marks a marquee, Stop No. 2 on the regional Junior Tour for the North America men.