Stop No. 4 for the North America Regional Men's Pro Junior season brings the region's best 18-and-under competitors to Virginia Beach, Virginia, for the Vans Pro Junior August 21 - 26. This marks the start of the homestretch toward World Junior Championship qualification with only three events remaining on their schedule including this one, Newport Beach, and Barbados. 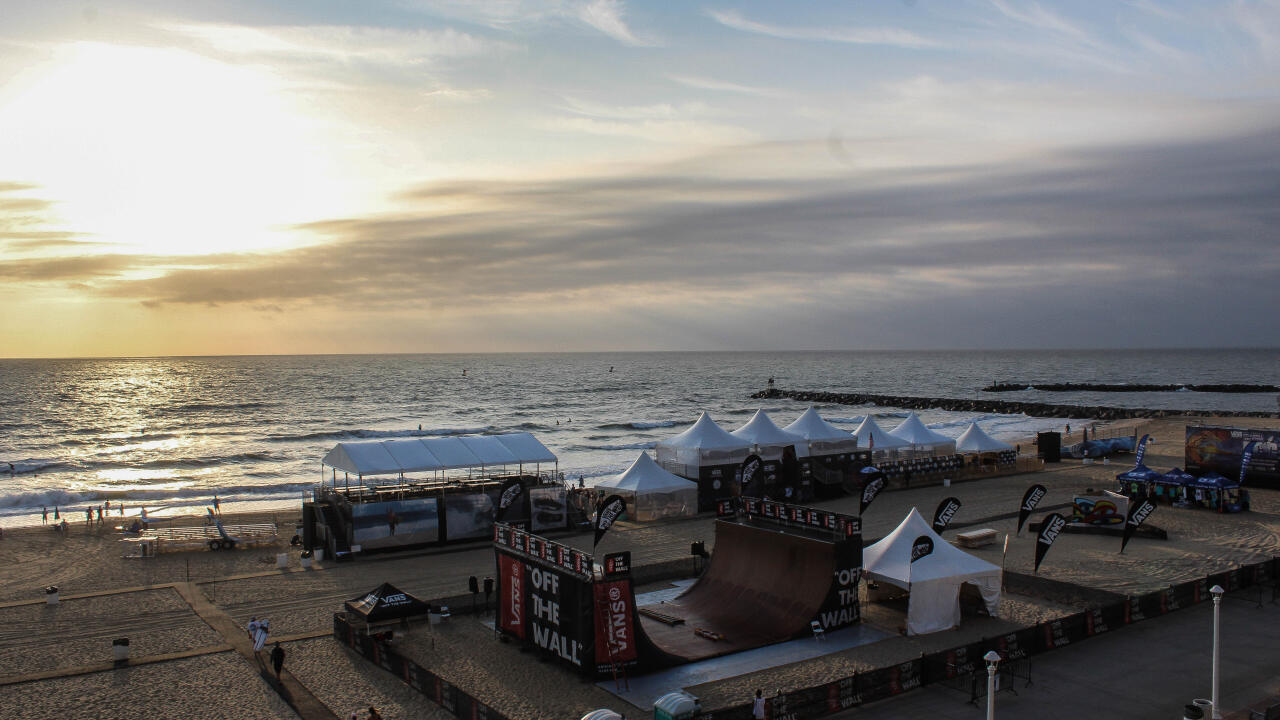 Only 320 points separate No. 1 Crosby Colapinto and No. 4 Tyler Gunter, with No. 2 Eithan Osborne and No. 3 Kade Matson well in the mix, heading into the historic 1st Jetty lineup of Virginia Beach. But, only another 235 points mark the difference between Gunter and No. 5 Bo Raynor.

Aside from those Top 4, here's a few surfers looking to take advantage of a few stumbles provided by early exits at Huntington Beach just last month: Each year, Raynor has put a little more of his focus into the Pro Juniors and this year, his final as a Pro Junior, he's all in for a shot at Worlds. The North Carolina native knows Virginia Beach well, competing both in the Vans Pro Junior and ECSC for the past three years, but hasn't found the recipe to go past an equal 33rd result. However, Raynor's momentum from a Quarterfinal finish at the Vans US Open may just help reignite the spark he found to start the year when he earned his first-ever Finals appearance.

And, as one of the dozen East Coast competitors, Raynor and his fellow East Coasters have an opportunity to claim the first win for their home coast since this event's inception -- and try to crack the Finals for the first time since 2015. Watanabe showed he had what it took for testy conditions in last year's event with clutch performances. - WSL / John Ferguson

When looking at the field of upcoming North America surfers, a few notable talents come to mind and the recently turned 16-year-old Watanabe is one of them. Last year, the Santa Cruz, California, resident finished just one spot shy of making the Vans Pro Junior Final in the four-man heats. Like Raynor, Watanabe is taking his time on the competitive front and easing in the waters, but continues to show his growth through each event toward being a serious threat in heats.

This will be Watanabe's third time at Virginia Beach, bettering his result each time so far, and comes in with a chance to make some headway into the Top 4. Like Raynor, Houshmand is no stranger to big punts in little surf, but Houshmand holds the upper hand in - WSL / Sean Rowland

The 17-year-old kept his focus on the QS early this year, foregoing the first Pro Junior event of the year, and now plays catch up to the field after what would've been a throwaway result in Los Cabos. But, Houshmand's stunning performance at the Vans US Open propelled him to a runner-up finish and 750 very needed points heading into the final half of 2018. The San Clemente, California, native knows what it takes to get to the World Junior Championship after a wildcard selection (finishing No. 5 on the rankings in 2017) earned him a spot.

But, he has no intention of wanting to leave his fate in someone else's hands this year and is gunning for the North America Regional Title in his last year as a Pro Junior. Cleland eagerly awaits his next chance at a Final. - WSL / Sean Rowland

Cleland made his long-awaited Finals debut at the Vans US Open and put himself in a great spot to make his run toward the Top 4 heading into the back-half of 2018. The Pascaules, Mexico, native is hungry for more following that result and, at 16, still has a lot of time to improve his already well-rounded surf arsenal. However, the testy conditions of Virginia Beach can take out a surfer before he even enters the lineup and something that Cleland found himself on the wrong side of last year -- needing a 4.54 when the final horn sounded.

The next Mexican upstart is joined by a plethora of talent including one of 2018's form surfers Dimitri Poulos, Florida's Tommy Coleman and Laird Myers, many more.

Check out live scoring and updates on the Vans Pro Junior August 21 - 26 to see who takes this year's win.