While the women's Championship Tour (CT) competitors will enjoy a well-deserved, elongated holiday, some of the Qualifying Series (QS) elite will get right back to business beginning January 14 - 20 at the second annual Florida Pro QS 3,000 and men's QS 1,500. Sebastian Inlet, nestled in Florida's Space Coast, will play host to North America's season opener once more and feature some of the QS elite on both draws. One of Florida's most famed breaks is back to host some of the QS elite. - WSL / Andrew Nichols

One of Florida's most well-known beachbreaks received near record-breaking, frigid air temperatures last year that tested even the most experienced competitors and 2018 CT Rookie of the Year Caroline Marks claimed her maiden QS victory. It started a brilliant run for the now 16-year-old, winning the event while still 15, that included back-to-back North America QS Regional Titles and the overall OS Rankings points leader.

Marks, now a San Clemente, California, resident is planning her return home for a Florida Christmas and hoping to cap off the holiday season with another big win. 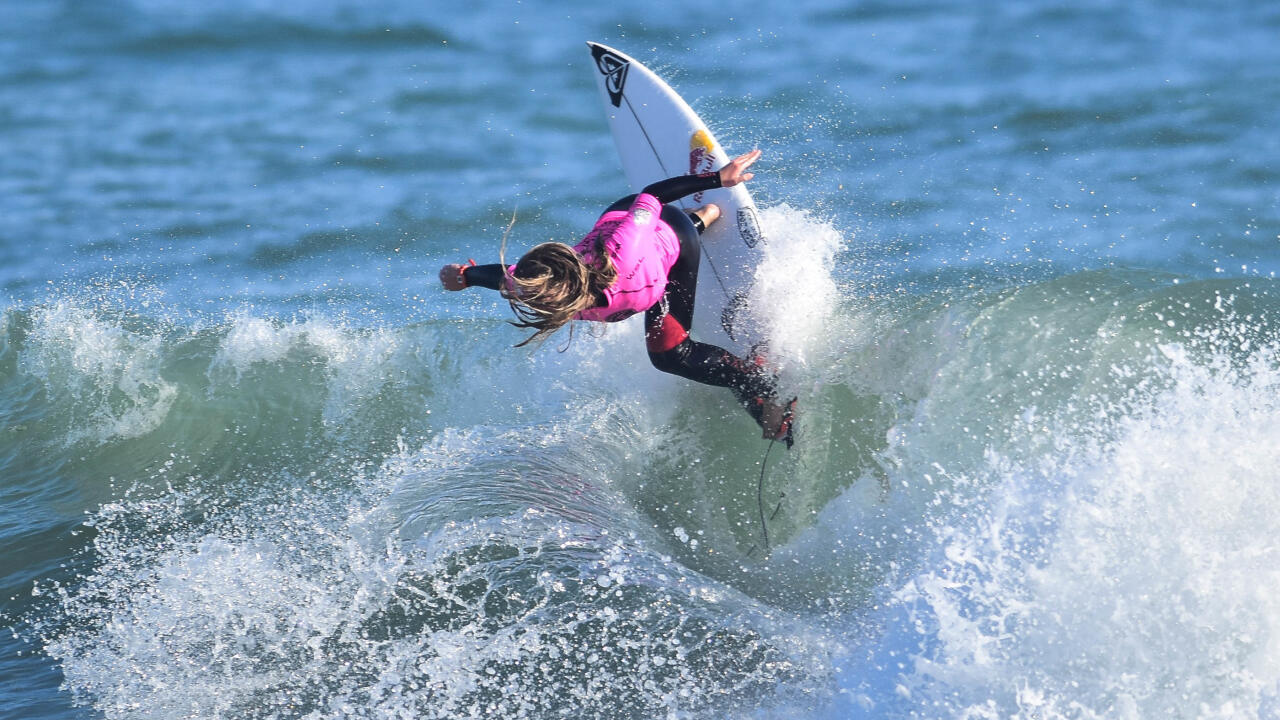 Marks' signature backhand earned her a multitude of accolades in 2018. - WSL / John Ferguson

"I'm really excited even though it's technically kind of my off time from the Tour, I just can't wait for next year more than ever," Marks said. "That was the biggest win of my life and looking forward to hopefully go back-to-back. As soon as it was confirmed I knew it'd be an event I'm doing, it was one of my favorite events all year." Fellow teenager Brisa Hennessy will join Marks on the 2019 CT, but get her campaign underway in Florida. - WSL / John Ferguson

2019 may be just as promising a lineup with former CT competitor Pauline Ado, 2019 CT Rookie Brisa Hennessy, and 2018 World Junior Champion Kirra Pinkerton ready to vie for early points. Though it's not the grandeur of 6,000 points up for grabs this time around, 3,000 points are just as valuable (a big helping factor in Hennessy's qualification) -- especially to start the season for those looking to make a surge.

"I feel like I'll be going into super confident and just hope we get some fun waves for it," Marks added. "There's good points on offer still which is really motivates me and I just love being home. Everyone's been asking 'Is it going to be that cold again?' I've lived there for over 12 years and never felt it that cold in my life (laughs)." Evan Geiselman is back to defend his Floridian crown once more. - WSL / John Ferguson

On the other side of the draw, the Florida Pro Men's QS 1,500 provides a quick start to the likes of regional competitors looking to save expenses from the SEAT Pro QS 3,000 travel to Israel. But, with more inclination to claim a Regional Title in recent seasons with the benefits of garnering a seed into the QS 10,000s, there will be no lack of talent on hand.

Leading that charge of experienced and upcoming threats is defending event champ Evan Geiselman. The New Smyrna Beach, Florida, native faced CT qualification heartbreak once again at Sunset after coming in ranked at No. 18 before being eliminated early on. But, the 24-year-old will return in 2019 with that much fire. Geiselman grew up taking trips to Sebastian Inlet reguarlarly and it culminated into a big QS win. - WSL / John Ferguson

"Anytime I get a chance to compete on the East Coast I'm looking forward to it, especially Florida with this one and Cocoa Beach being our QS events of the season," Geiselman said. " Last year was great and a highlight was CJ (Hobgood) calling the Final for us, I thought that was really special to hear some of his knowledge between waves since it got slow during that heat. I'm pretty rattled after Sunset, but now I've had a week to digest it and I'm ready to get back on it and do it again." Cam Richards was no slouch representing for the East Coast and posted the event's only Perfect 10. - WSL / John Ferguson

This marks a notable return in major part to the Florida Space Coast Office of Tourism and their efforts to restore this opportunity. A few changes to the run of show now include bringing in the experienced likes of Darren Brillhart at the helm as Event Director alongside Matt Kechele, Gordon Lawson, and CJ Hobgood, and making it a more community-based event. A sunrise at Sebastian Inlet is a spectacle all its own. - WSL / Andrew Nichols

"We had so many brands and businesses that wanted to be involved last year, but did not have the cash to be a big sponsor, so we evolved and made the Florida Pro a community event," said Tiffany Minton, Florida Pro Committee Chair. "We worked with CJ Hobgood and a few others to help us get athlete- sponsored merchandise to sell at a discounted rate on ShopFloridaPro.com. Local businesses also donated experiences, such as dining and attractions gift certificates, and held Florida Pro night pop-up events where part of the proceeds go to raising the prize purse."

The Florida Pro will run January 14 - 20 at Sebastian Inlet, Florida.