Surfing is a sporting, cultural and communal phenomenon that has captivated and inspired the world for generations. Serving as a platform for creativity, exploration and progression, some of the most interesting and innovative people on the planet have gravitated towards surfing's unmatched arena of freedom - iconoclasts, heroes, icons, culture-shifters, freethinkers, designers and artists.

As part of the WSL Heritage Series, we're proud to share Frieda Zamba's story with help from Matt Warshaw at the Encyclopedia of Surfing.

Affable but resolute goofyfoot pro surfer from Flagler Beach, Florida; four-time world champion (1984, 1985, 1986, and 1988); a model of physical and mental fitness, with little interest in fame or recognition. 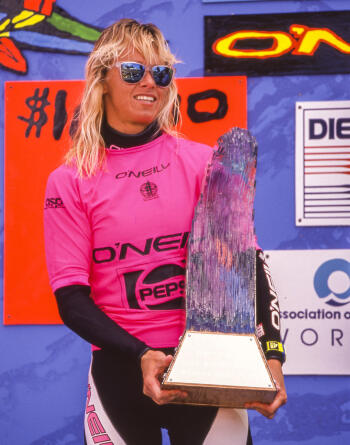 Zamba was born (1964) and raised in Flagler Beach, and began surfing at age 12. She had no amateur competition record to speak of, and became a pro accidentally at 16, when she entered and won an event at nearby Cocoa Beach and cashed the $500 winner's check without knowing she'd lose her amateur status. The following year she won the 1982 Mazda Surfsport Pro, in Solana Beach, California, and at 17 became, at the time, the youngest female world tour contest winner. Zamba finished the 1982 season ranked sixth, then placed second the following year, behind California's Kim Mearig. In 1984 she won five of the 10 events on the schedule (no other woman had more than a single win that year) and took the championship by an enormous margin. Upon returning to Florida, she saw bloc-letter banners declaring "Flagler Beach: Home of Frieda Zamba, Women's World Surfing Champion" strung over State Route A1A. "The whole first week I was home," Zamba later said, "I wouldn't go uptown. I was just so embarrassed." She was also given a key to the city.

Influenced by loose-limbed, fast-turning Hawaiian surfer Larry Bertlemann, Zamba was something new in the sport: an aggressive female who knew where to find the speed and power in a wave. At 5' 3", 110 pounds, she was lean and springy, rode out of a wide stance-her style improved steadily, even after her pro tour retirement-and didn't lose momentum from one turn to the next. She performed best in small- to medium-sized waves.

Zamba had to come from behind in 1985 to take the title from Australians Pam Burridge and Jodie Cooper, winning the final two events of the season; her margin of victory was even smaller in 1986. She slumped in 1987, finishing third, then became the first woman pro to take on a high-intensity fitness training program (going so far as to hire a sports psychologist), and came back to grab the 1988 championship. 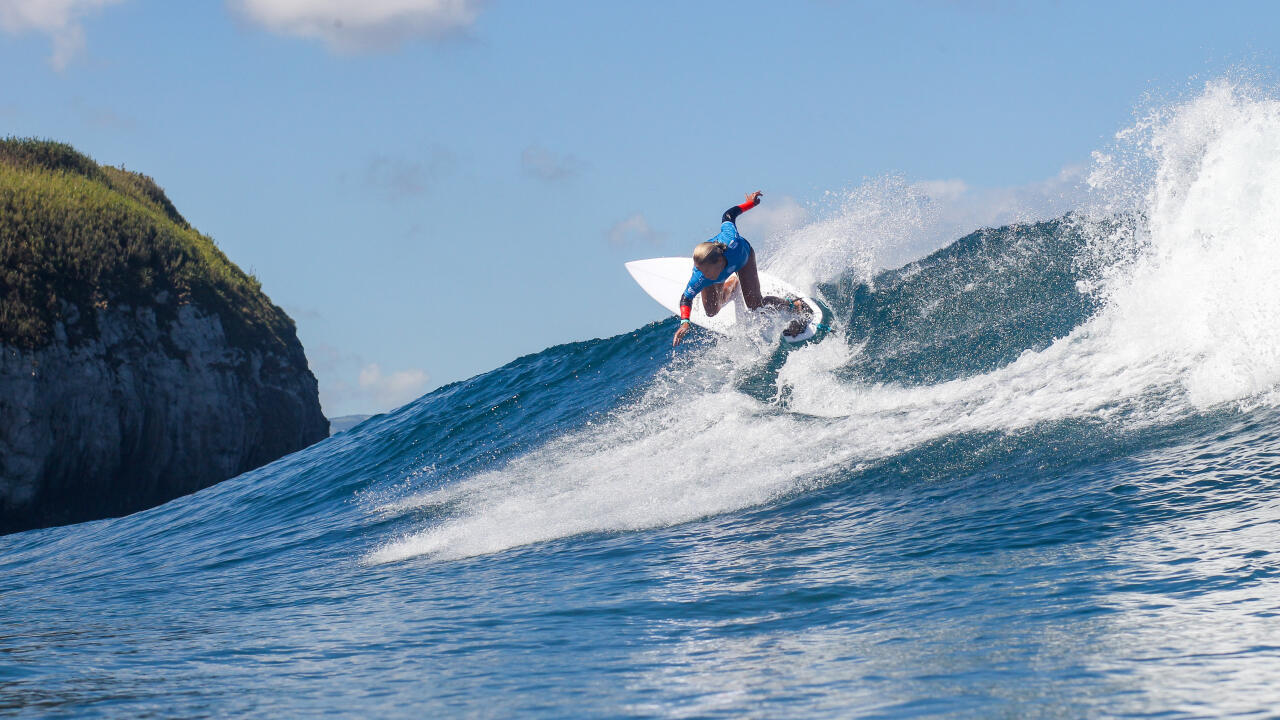 "After that," Zamba later said, "I kind of lost the passion. It was all competition. Even in my free surfing, I found I was doing it like competition. It took all the fun out of it." Zamba left the tour and opened Frieda's Surfline surf shop in Flagler Beach with her surfer husband Bill "Flea" Shaw. Ten years older than Zamba, Shaw had been her sponsor and boardmaker since she was 15, and later became her on-tour coach; they were married in 1987, the wedding cake was topped with a blond groom holding a blonde bride in his arms, riding a surfboard.

Zamba was even-tempered and pleasant, but kept a distance between herself and the commercial surfing world, partly as a tactical effort to win events and partly out of a genuine disinterest in becoming a celebrity. "If she'd been a bit more of an ego-tripper," 1990 world champion Pam Burridge said, "she could have been a giant star. But she didn't pander to the surf industry much. She just liked to surf and win." While Zamba wasn't particularly interested in the spotlight, her dominance of the sport was enough to give her five consecutive Surfer magazine Poll wins from 1985 to 1989, and her 1987 Sport's Illustrated profile was titled "Queen of the Surf."

Zamba occasionally competed over the next few years, winning the 1990 O'Neill Classic in Santa Cruz, the 1991 Op Pro, and the 1994 Op Pro; over the length of her career she won a total of 18 world tour events. She was inducted into the Huntington Beach Surfing Walk of Fame in 1998, and the East Coast Surfing Hall of Fame in 2006. 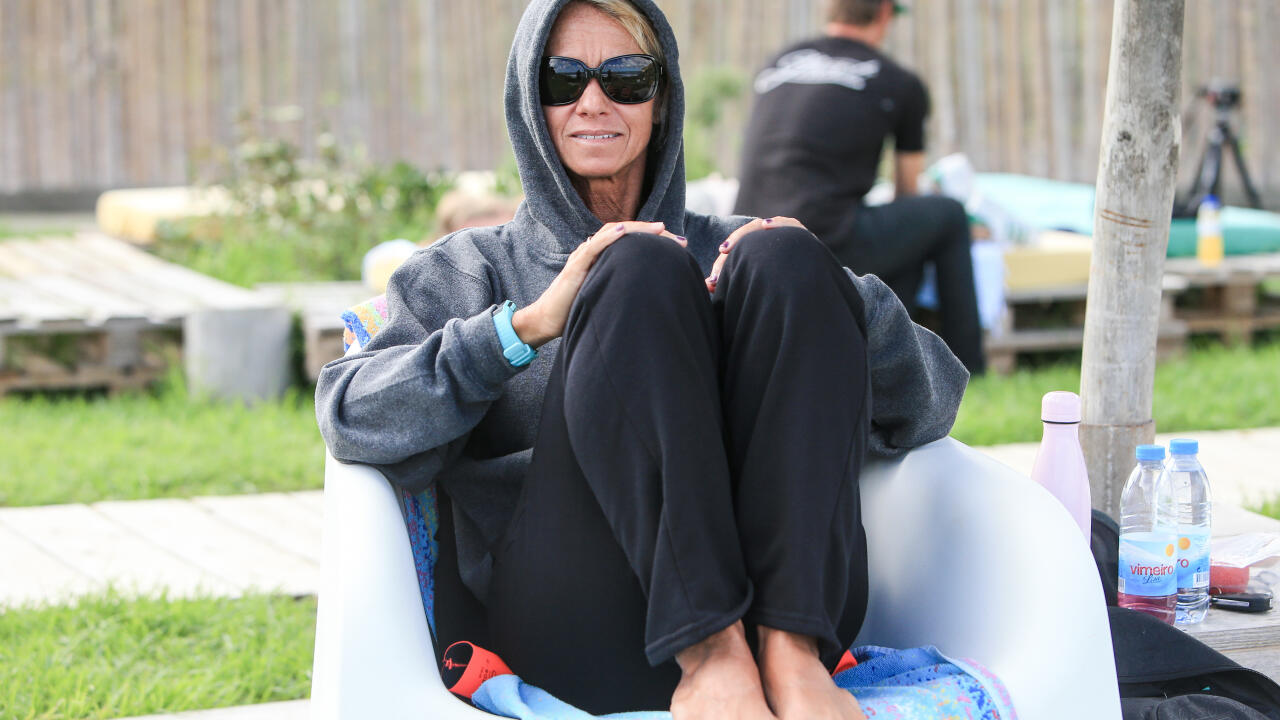 The Frieda Zamba Aquatic Complex, a municipal swimming pool in Flagler, was dedicated in 1988. She appeared in more than a dozen surf movies, videos, and documentaries, including Surfing's Super Series (1985), Atlantic Crossing (1989), and Surfer Girl (1994).