The Florida Pro Women's QS 3,000 and QS 1,500 share a seven-day window, which can be rare in the Qualifying Series mid-to-lower tier events that typically run start to finish over the course of four days -- no matter the conditions. After Monday's lay day and the women's takeover on Tuesday, the men finally got their opportunity to shine in fun conditions at Sebastian Inlet and did just that.

Electrifying performances littered the early goings with Round 1 and the first four heats of Round 2 behind them.

It may have taken until the final heat of the day, but Rapoza certainly saved the best for last. - WSL / John Ferguson

Birthday celebrations can always be fun, particularly your 21st. But, it was an extra special day for Rapoza who just celebrated his birthday on Tuesday and followed up with a jaw-dropping performance in Round 2. The Long Beach, California, native turned in a Round 1 heat win before dominating the last heat of Round 2 with an excellent 8.60 and 15.87 heat total -- both the day's best. Now, he looks to continue that steam into this event and a new season.

"When I got on that wave it was the first thing that popped into my head was doing a big air," Rapoza said. "I could've gone for two turns, but thought a higher score would come from the air and it felt really good. It couldn't have been a better birthday yesterday and honestly coming into today I was a little nervous just being the first heat of the year. I just turned 21 and it's a new season, I definitely didn't want to start it off on the wrong foot." Evan Geiselman is back to defend his title and started off in the right direction. - WSL / John Ferguson

Defending event champion Evan Geiselman unleashed an excellent 8.17, and 14.00 heat total, to start men's competition off in Round 1 Heat 1 against his brother Eric Geiselman. Geiselman wasn't done yet and pushed his Round 2 performance to the next level with one of the day's highest heat total of a 15.57. The 24-year-old is in search of his third Florida QS title and showed he's one to beat yet again.

"It's funny because after the whole Hawaii leg I actually took a few weeks off surfing and had a fun New Year in the snow," Geiselman said. "Just had to take some time away and got back into it just about a week ago so now I'm fired up for this one and to compete again. We had my brother so fired up to do it and that was a bummer, but he hasn't done a contest in five years so we had fun (laughs) so it was just cool having in the water." 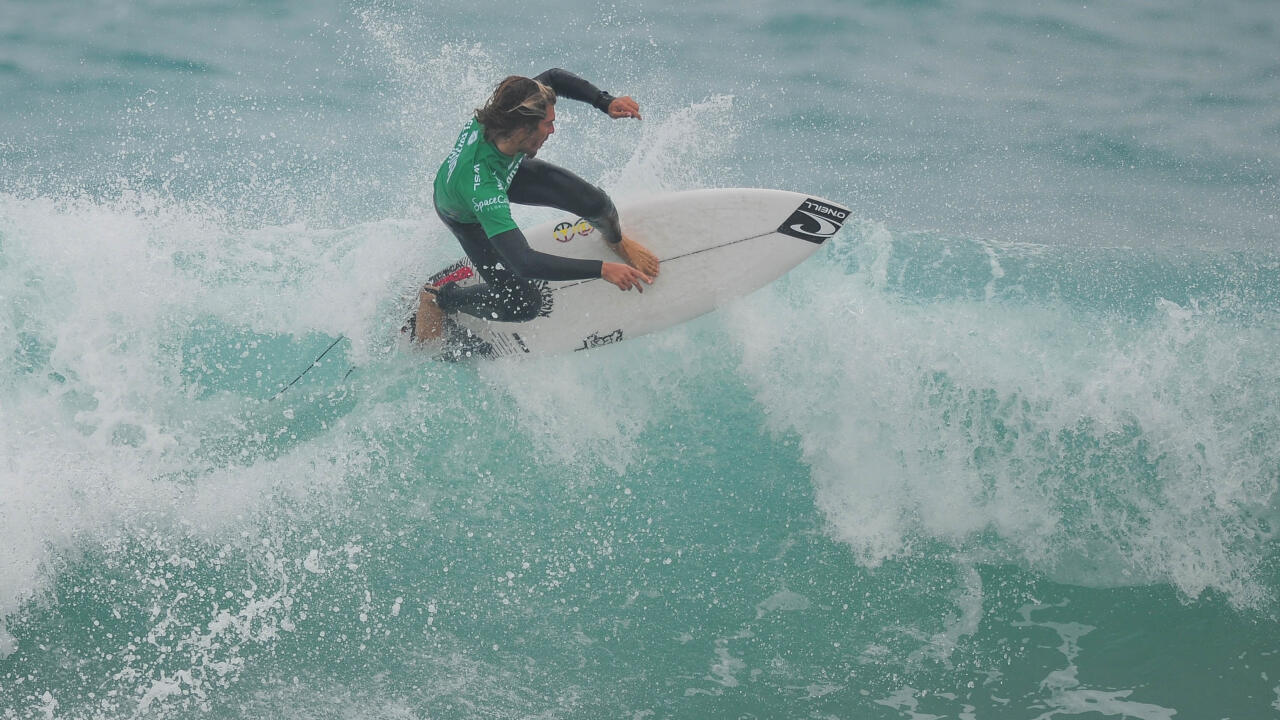 Flagler Beach, Florida, native Robbie McCormick stormed his way through a Round 1 win with dynamic surfing on his backhand and forehand. Last year marked the 18-year-old's last season as a Pro Junior, one he started late yet had an incredible run at the Ron Jon Quiksilver Pro and Pro Junior in Cocoa Beach, and is now a full-time QS campaigner. McCormick knows every bit of success helps and has his eyes set on more.

"It feels really good to get that first heat down with a win," McCormick said. "I've been surfing back home and it's been small so I knew what to do to with my technique for those quick scores. Every heat win is more confidence and that's something I learned from the event in Cocoa Beach. I'm going to try and do more events than I did last year to start building points and work my way up."

Also notching his way into Round 3, Chauncey Robinson kept his hopes alive with a big Round 1 debut and edging his way past Round 2. Josh Burke may have a big year planned, but he's focused on the now. - WSL / John Ferguson

The Barbados natives are representing their island nation well this week with both Chelsea Tuach and Chelsea Roett through yesterday, and Josh Burke leading their charge on the men's side with an impressive Round 1 debut today -- joined by Che Allan into Round 3. Burke posted a solid 14.47 with his aerial attack and aggressive carves. But, this event is simply a stepping stone for Burke.

"I was surprisingly not nervous, which I usually am especially being the first heat of the year, but I felt good in my freesurfs which helped," Burke said. "You just had to stay busy out there and it really paid off getting those scores. The waves are different from last year, but you can still do big turns out there, it's not groveling which is nice. This year I'm really just focused on the big events since I'm into the QS 10,000s so this is a great momentum builder event."

Early Shocker for One of North America's Finest While the top seeds flourished, upsets were scattered throughout the day and the heaviest one came in Round 1 Heat 13. 2018 North America No. 2 Kevin Schulz sat in an advancing position behind Florida's Noah Schweizer, who won the heat, until the final moments when fellow Californian Sean Woods threw a Hail Mary air-reverse to steal the runner-up spot.

"I never throw airs in heats so it feels really good to land something like that," Woods said. "In the past I've surfed heats safe and I wanted to change that this season. This year I just want to go for it so it's great that it worked out like that."

Also notching Round 2 wins to end the day, Californians John Mel and Jackson Butler are into Round 3.

Event organizers will convene tomorrow morning and make a 7:30 a.m. EST call for a possible 8:00 a.m. EST for the completion of men's Round 2 and women's Round 3.