A flurry of action over the last two days at the Florida Pro whittled the men's field from 64 down to 8 after finishing Round 3 at Sebastian Inlet. Some of the top event threats still remain, including defending event champion Evan Geiselman, despite losing a few key players throughout the day.

Of the final eight to battle it out for the 2019 Florida Pro title, only two have previously won events on the QS and all of them are looking to spark the new season with 1,500 points to their name. 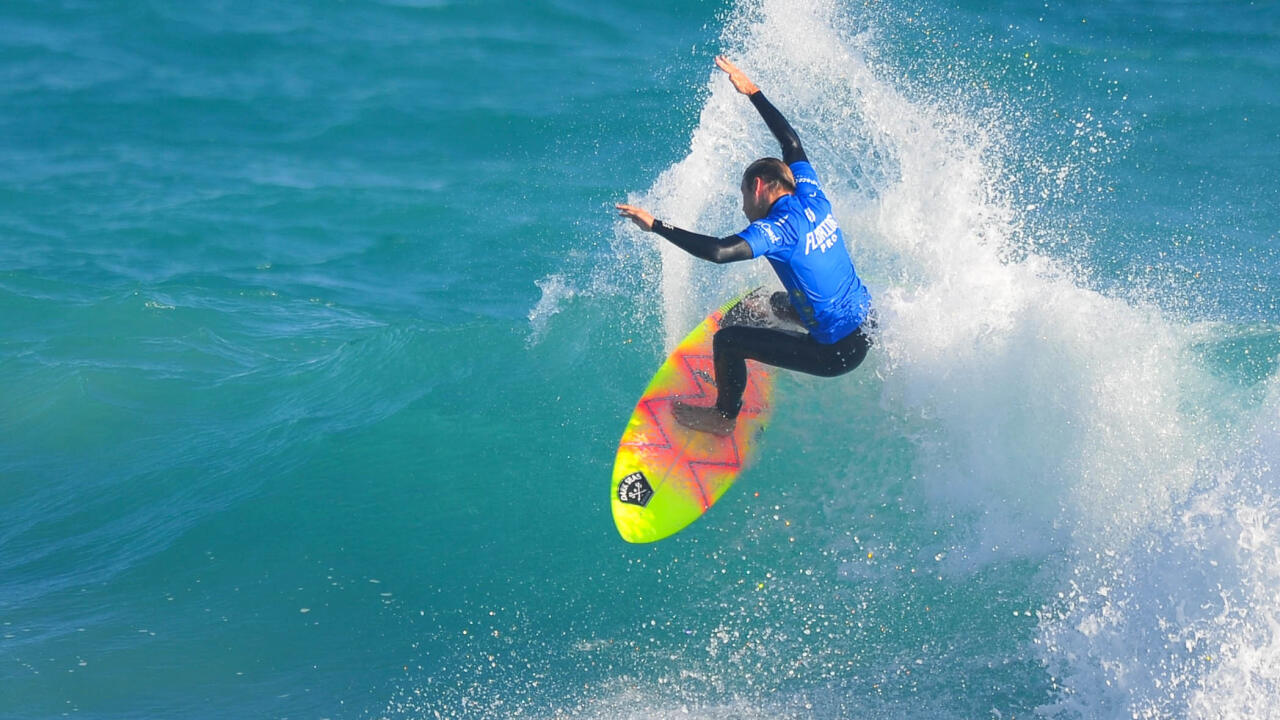 Chauncey Robinson continues to excel at one of his training grounds. - WSL / John Ferguson

Following some explosive Round 2 affairs, the men's competition culminated in Round 3 bouts to determine who would move on to two-man battles and Chauncey Robinson (Melbourne Beach, Fla.) found his way behind defending event champion Evan Geiselman. The 20-year-old joins Geiselman into finals day after taking on Californian Jackson Butler and Barbados' Che Allan. Robinson came into the event as a threat and continues to retain that title progressing through rounds and posting solid numbers, including the heat's highest of a 7.27.

"I've been chipping away at a couple of heats and hopefully it means I'm saving some for later," Robinson said. "It's been a struggle in the last few heats to find a backup score with the lineup being so tricky right now. I surf here more than any other wave and we haven't had a great winter at home, so I've been watching everyone else get amazing waves but I think it's prepped me for this week." 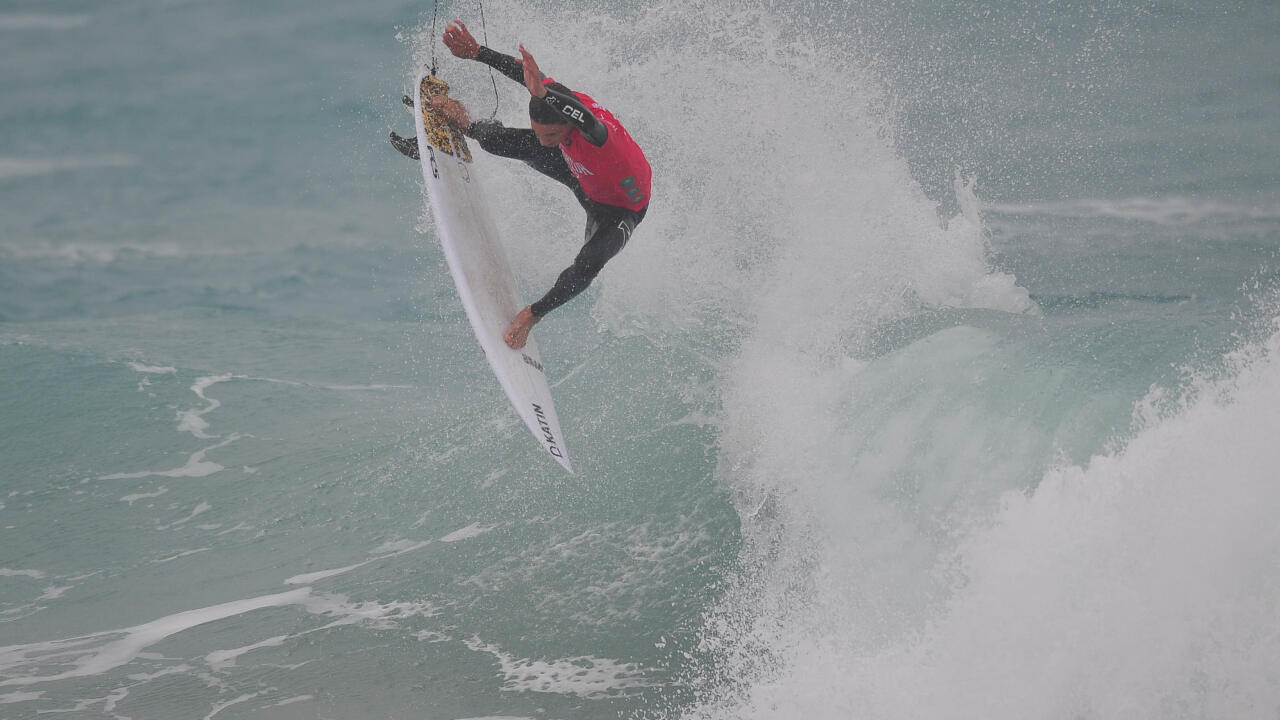 New Smyrna Beach resident Daniel Glenn grew up just down the highway in Vero Beach, Florida, and spent a lot of his childhood here at the inlet. The now 22-year-old used that knowledge to his advantage and capitalized on a last-minute aerial attack that saved his Florida Pro campaign. But, it's all fun for Glenn who has big plans this year and a magic start at home is just what he needs.   "That was a hail mary for me and it's my go-to, you could say I'm a bit of an air guy (laughs)," Glenn said. "I'm just comfortable going up and coming down, but that wave didn't really have anything else to offer. It's better going up and landing back on the top of it rather than going for the big hack, coming down with the lip behind you and just getting thrown off -- there's just so much energy and turbulence. This place is like home to me after spending so much time and came here when I was a little older, the guys actually gave me waves then so I'm comfortable here."

Also representing the Sunshine State into Quarterfinal affairs, Noah Schweizer and Logan Hayes will look to shakeup the draw on finals day. QS veteran Dunphy, Virginia Beach native, now calls New Smyrna Beach, Florida, home and his relationship with Sebastian Inlet was apparent today with a 14.33 heat total. Last year was less than ideal for Dunphy, missing out on the Triple Crown of Surfing for the first time in since 2012, and is hoping to turn it all around this season. The 28-year-old comes in with a new mindset and also fresh off a strike mission with Championship Tour (CT) competitors Ezekiel Lau, Jeremy Flores and Kanoa Igarashi straight into business.   "It's funny since I wasn't even sure I'd be able to make it here for the event so I'm glad it worked out," Dunphy said. "I came straight from the airport into my heat yesterday and there's some fun waves out there. I've had a couple bad years competing and there's been a couple different things running through my head about what to do, but I love competing. We were having such a good time in Panama and the last thing I had in my head was this event. I love trips like that and then coming into an event, it's a good balance." Nolan Rapoza all smiles into the Quarterfinals with another searing performance. - WSL / John Ferguson

California's Nolan Rapoza looks unstoppable after Wednesday's jaw-dropping 8.60 (out of a possible 10) air-reverse and 15.87 (out of a possible 20) heat total which he drew confidence from in a hefty Round 3 heat today. The 21-year-old finished in Round 4 of this event last year, but is building steam moving into tomorrow's possible finals day with a Quarterfinals appearance to start 2019.

"This is just showing me what level I'm at I feel like and it's giving me a lot of confidence right now," Rapoza said. "That was a nerve-racking heat just having my best friend John (Mel) in there, as well as Luke (Gordon), because I know what they're capable of. Once I got those good waves though the nerves settled and I'm just sort of winging out there at the moment with waves coming in everywhere." Joining Rapoza after battling his way to a runner-up spot, John Mel returns to his first finals day since 2017 with a lot of momentum.

"I'm stoked, especially after having a shocker most of last year so it feels good to make some heats and finals day is the goal already," Mel said. "I put so much pressure on myself last year so now I'm just trying to take it less seriously and have a little more fun. You learn not to go into every event thinking I'm going to win. When you put that kind of pressure on yourself it's hard not to break."