Winning the Volcom Pipe Pro isn't about Qualifying Series (QS) points or prize money. It's about respect and establishing one's self as a premier player at surfing's most hallowed breaks.

There are 144 surfers locked in the draw. Some, like defending event champ Joshua Moniz, have grown up on the beach at Pipe witnessing the Banzai reef in all its moods. Others, like 2017 event champ Soli Bailey, arrive from overseas to test their mettle in Hawaiian waters. Starting with Round 1, Heat 1, there's so much talent embroiled in the Pipe Pro that by the time four surfers make it all the way to the Final they've survived one of the most serious trials by fire in surfing.

"All the history of the sport that's happened at this wave is what makes this event so special," Moniz explained to the WSL. 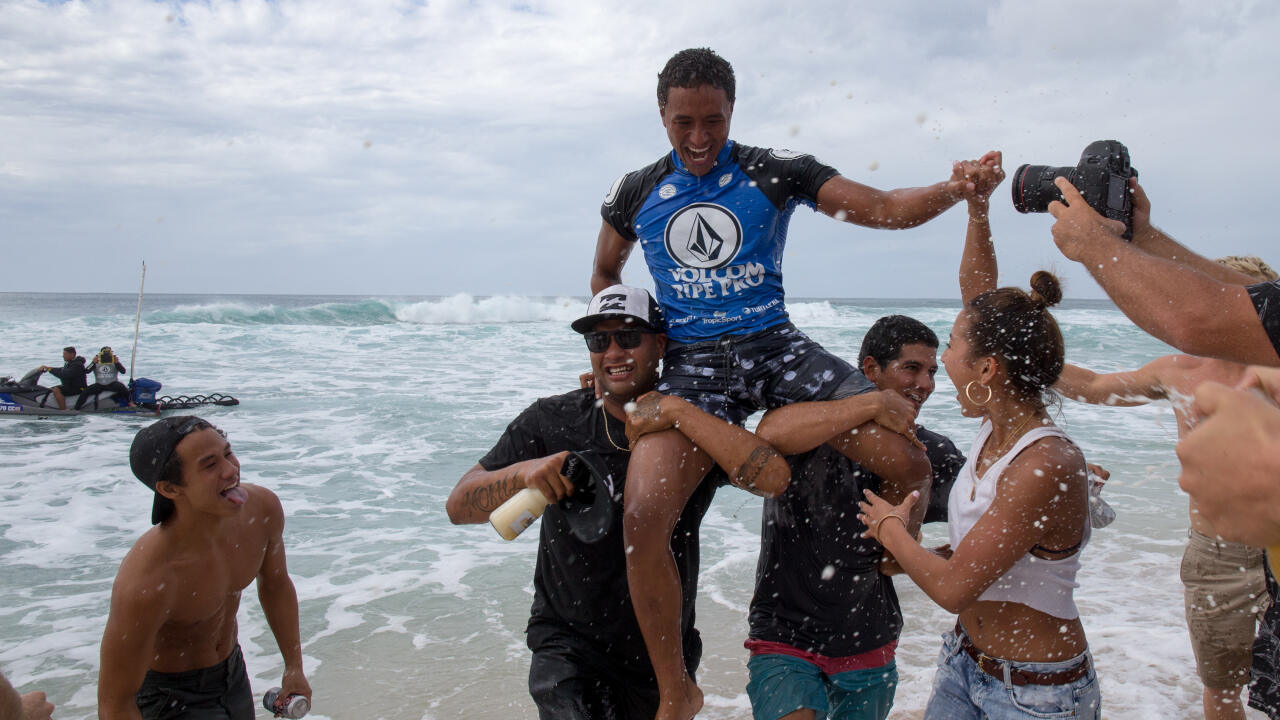 For starters, the Pipe Pro is later in the Hawaiian season and almost always seems to get bombarded by swell. There have been instances where it's been too big and the contest has had to go on hold. Past Finals have been held in all-time, epic conditions. Plainly put, this is a contest for those who aren't deterred by heavy, unforgiving Hawaiian power.

The contingent of hardcore underground Pipe surfers bring the heat every time they paddle out with a jersey on. Defending the home turf is a matter of pride for guys like Evan Valiere, Eli Olson, Ezra Sitt, Olamana Eleogram, Koa and Makua Rothman, and Landon and Makai McNamara.

Best of the Volcom Pipe Pro
3:20
The 2018 contest delivered historic conditions and a down-to-the-wire ending that had fans on their feet.

Benji Brand, who's been having a solid winter, is coming off of a positive experience at the Billabong Pipe Masters at the end of last year. And one never quite knows what kind of magic Mason Ho is going to pull out of his hat.

All of these guys stalk the lineup better than just about anyone and are always looking to put themselves steep and deep on the bombs. Appearing early in the contest, any one of them could pick up the speed of a wrecking ball and do some damage in the later rounds.

Meanwhile, the next generation of island-bred talent isn't waiting in the wings, they're already stepping out onto the stage. 2019 CT rookie Seth Moniz, Barron Mamiya, Imaikalani deVault, Finn McGill, or any number of others could make a run at the Pipe Pro crown. They've grown up learning the ropes from the older guys and know what to expect even if Third Reef sets come roaring through. They're fit, they're confident, and they're all hyper talented. 2019 could easily be the year a young motivated grom takes top honors. Conner Coffin in the Quarters at the 2018 Pipe Masters. - WSL / Ed Sloane

Then there are all of the bonafides. The top seed going into the Pipe Pro is Conner Coffin, who finished the 2018 CT season rated no. 7 in the world and made the Quarters of the Pipe Masters. He made a trip over to the North Shore earlier this month to tap into some of the Hawaiian juice and get some laps in at Pipe and Off The Wall. Right behind him is Sebastian Zietz, Ezekiel Lau and Yago Dora. All of them had flashes of brilliance at the Pipe Masters in December and will be the toughest seeds for the local contingent to knock off.

There are also a number of dangerous surfers with question marks next to their names that could get on a hot one and win the thing. Jack Robinson is one of the first names that comes to mind. He's one of the best tube riders in the world, feels extremely comfortable at Pipe, and a big result here could set him up for more good things to come later in the season. There's also Kai Lenny. Everyone knows what he's capable of on giant days at Jaws, but he has expressed interest in competitive surfing in the past and a positive result at the Pipe Pro could potentially make him even hungrier.

2010 Pipe Pro champ Jamie O'Brien is also in the draw. He's dangerous enough out at Pipe on a soft-top, when he decides to buckle down and get himself on a proper pintail he's still one of the best.

Two names that are noticeably absent this year are 11-time World Champ Kelly Slater and two-time World Champ John John Florence. They've won the Pipe Pro six out of the last nine years. Florence has four victories to his credit, while Slater has two. Both continue to rehab prior injuries and get themselves ready for the start of the 2019 Championship Tour season this spring.

Watch the Volcom Pipe Pro live from January 29 through February 10 on Worldsurfleague.com, App and Facebook.