The 2019 Mothernest Great Lakes Pro saw a change of location to Tuncurry breakwall today where competitors were greeted by wedgey three-to-four foot peaks.

Zahli Kelly had a bittersweet experience in her quarterfinal heat, posting a decent 14.75 two-wave heat total, but snapping her prized surfboard in the process. Kelly performed an eclectic mix of forehand snaps and carves in the heat to post the aforementioned score and cement her spot into the semi-finals.

"I'm a little bit bummed I snapped this board as it was such a magic board, but I'm still stoked to have won that heat," said Kelly. "The waves were a lot trickier than it looked as it wouldn't break one minute and then you'd get a giant wash-through. My goal was just to catch as many waves as I could in the conditions." 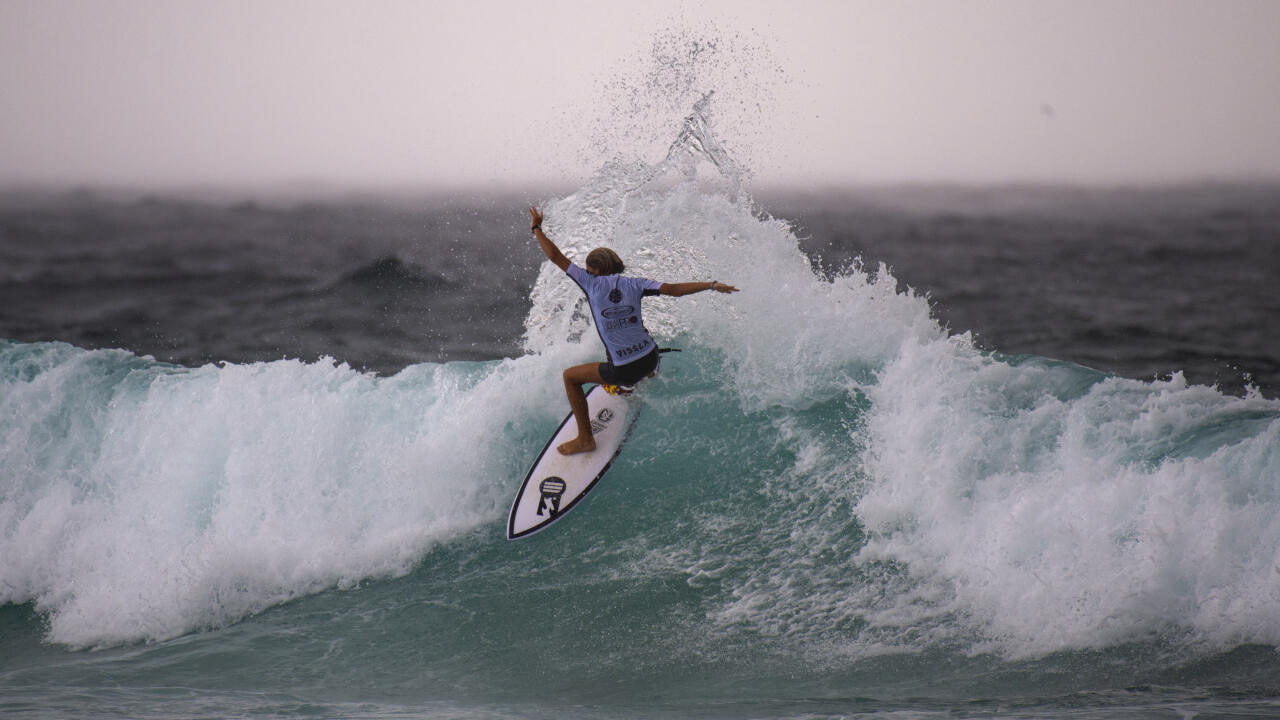 Molly Picklum continued to build on her highlight reel performance in the quarterfinals posting a near-perfect 9.50 wave score. Picklum nailed a handful of powerful forehand carves and snaps in the heat and as a result put her fellow rival, current World Junior Champion Kirra Pinkerton, into a combination situation. Picklum will meet Kelly in the semi-final tomorrow, while Cannelle Bulard will meet Ella Williams in the opposing semi.

"It was really hard, but if you got one with a good wall on it then there was the potential to get some decent scores," said Picklum. "I felt like the waves were steeper than what they looked so when I did a carve on one wave I didn't want to push it too hard and not be able to go into my next turn. I'm pretty happy to keep the roll going into the semis." After a standout performance in the nudie Australian Boardriders Battle, Liam O'Brien proceeded to carry the same momentum into his round four heat at Tuncurry. O'Brien came up against stiff competition in the form of Mikey McDonagh, Saxon Lumsden and Mitchell James, but was able to rise above thanks to posting an impressive 16.00 two-wave heat total.

"That was a pretty fun heat," said O'Brien. "I knew that was going to be tough, but I just wanted to stick to my own plan and catch waves that looked like they would hug the bank. Thankfully I found a few and I can go into the next round tomorrow. Former WSL Championship Tour surfer Matt Banting got his 2019 competition schedule off to a flying start today, dominating the final heat of the afternoon. Banting linked together a chain of powerful forehand and backhand turns to post a solid 15.00 two-wave heat total and gain the edge over his opposition.

"It's good to get the rashie on for the year and get the ball rolling," said Banting. "I was trying to decide whether to go to the QS6000 in Brazil, but I thought it would be best to stay home and warm up in the Vissla NSW Pro Surf Series and so far, it's feeling good. Driving down I was actually getting butterflies before my heat, so it's good to get those feelings again." Hinata Aizawa claimed the AirAsia Air Of The Day for a giant frontside straight air. Aizawa will meet Lliam Mortensen, David Vlug and Mike Clayton-Brown in round four tomorrow.

The elite five-day QS 1000 rated event will form the second of three stops on the Vissla NSW Pro Surf Series and will take place at Boomerang Beach from the 20th February - 24th February 2019.