Short, sweet, and a few big moments adequately describe Saturday's action at the Ron Jon Quiksilver and Roxy Junior Pro events. Both men and women battled for their finals day draws and some usual suspects returned to great form on the men's side while a few familiar women's Pro Junior faces broke through in great fashion.

The men narrowed their field down to the final eight competitors for Semifinal draws after decisive Quarterfinal bouts as the top North America talents from 2018 remain to vie for this year's win. Crosby Colapinto came out swinging swiftly and deadly with a 7.00 and backed it up with a 7.15 to secure a Semifinal spot alongside Virginia Beach, Virginia's, Blayr Barton. The 17-year-old's run to the No. 2 spot on the regional Pro Junior rankings last year taught Colapinto that every event can be consequential despite dropping the lowest result. A mere 225 points separated Colapinto from Tyler Gunter toward the No. 1 spot but now the Californian knows what's required.

"I've been trying to be smarter and stay consistent in every heat I go into," Colapinto said. "That's what I want to do and keep some consistency throught the year and win the rankings at the end of this year. I feel like Florida, and small waves in general, so if I can get a good result here that will help build confidence moving forward. Now I have a feel for these kind of waves with the bigger boards and feel pretty good." 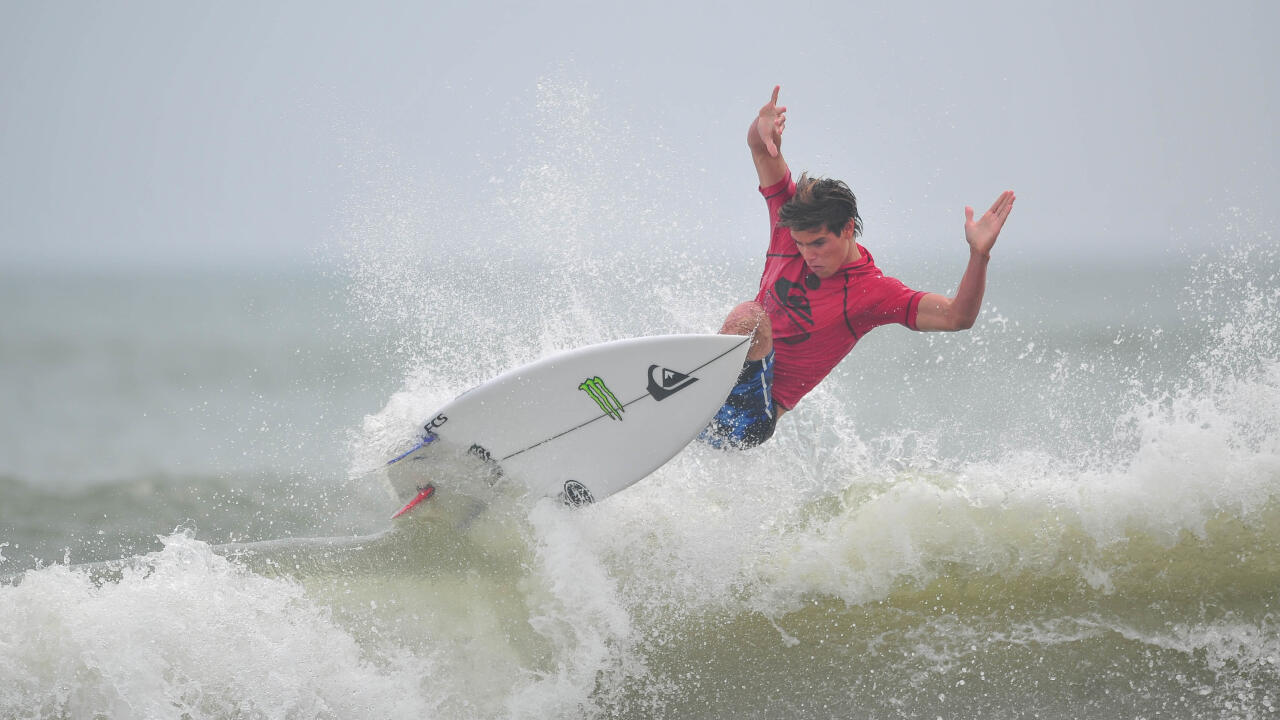 Kade Matson and Colapinto have found their way around small waves in the past few years and now excel in them. - WSL / John Ferguson

Fellow San Clemente competitiors Jett Schilling and Kade Matson continue to represent well for their hometown as a triple threat. They are also joined by Pascuales, Mexico, native Alan Cleland and Cocoa Beach's own William Hedleston into the Semifinals. Tommy Coleman, right at home and into the Semifinals. - WSL / John Ferguson

Vero Beach, Florida's, Coleman returns to the Semifinals after vying for the win in 2017 and has some unfinished business heading into tomorrow's finals day. An impeccable 14.25 heat total in the tough conditions reflected the 17-year-old's performance with precise and powerful surfing to continue his momentum toward the Semifinals alongside Taro Watanabe (Malibu, California).

Last year wasn't Coleman's best while learning to perform through growing pains but comes into this season ready.

"It feels really good to make it through to the Semifinals again after not being able to break through to the Quarterfinals last year," Coleman said. " I had a shocker but decided to start he new year fresh and it's nice to surf close to home. Conditions are like this a lot so I'm used to this kind of surfing and it feels so good to have this kind of support around you."

"I've just been working on a few things and my surfing, trying to get stronger. It's hard because I've grown a lot from a few years ago and I got really tall last year so I was growing into my body while figuring out how to surf."

Check out what happened on the women's Pro Junior front with Zoe Benedetto leading the way.

An 8:00 a.m. EDT start awaits the Quarterfinal draw for the women Pro Juniors and kickoff an exciting final day of competition.