The early stages of the Ron Jon Quiksilver Junior Pro are in the books and now top seeds await their start against some formidable talent on hand, from both abroad and home soil. The upgraded men's Qualifying Series (QS) provided the morning and midday spectacle, but for some competitors who may have lost out in the first two rounds another opportunity arose.

However, there were competitors who stepped up and find themselves in both Round 3 of the QS and Round 2 of the juniors. 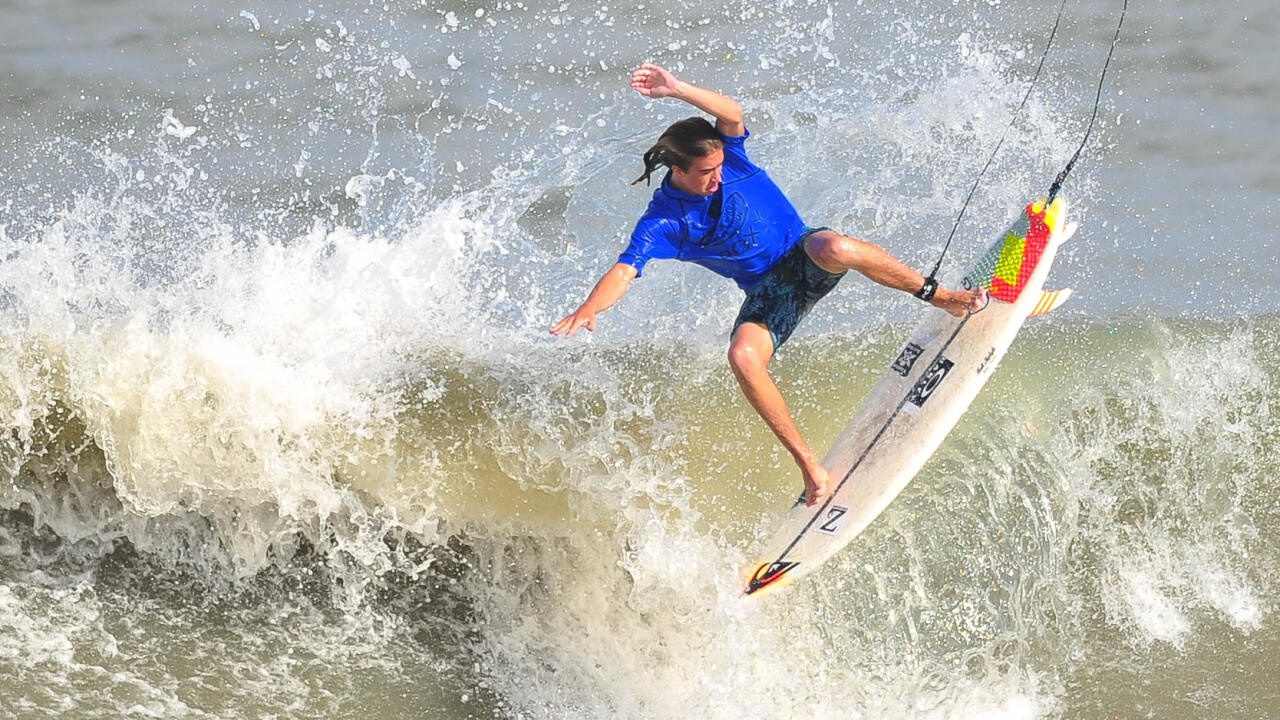 Barton, like many of the competitors, remains in both events to pull double duty this weekend. - WSL / John Ferguson

Virginia Beach, Virginia's, Barton continues his transition from the Eastern Surf Association (ESA) level to a pro career and displayed once more that he's one to keep an eye on at just age 14. The easy-going spirit of Barton translates toward his surfing and when opportunity arises, he doesn't shy away. But, it's all fun for the young teenager as he seizes a full weekend of competition after advancing in both the QS and Junior events.

"This is East Coast, just fun waves like back home in Virginia Beach and I just saw where it was peaking," Barton said. "I was watching the other surfers, seeing what they're doing, and seeing where the waves were coming from to really get my board on rail. It's an amazing opportunity surfing against older guys that are trying to get to the Tour and also surf against friends that I know -- it's a great experience to come up with them."

Also winning their Round 1 heats, internationals kept the spoiler storyline from the QS event as Kanazawa -- also in remaining in the QS -- , Brazilian Luan Hanada, and Basque Country's Markel Bizkarguenaga.

The Eastern Surfing Association is helping form a bridge for its competitors looking to transition to the next step -- the WSL.