Cocoa Beach, Florida, prepares to receive some of North America's top Pro Junior talents at the Ron Jon Quiksilver Junior Pro and Roxy Junior Pro. This marks the seventh edition in a long-standing connection with the Beach N' Boards Fest that continues to be a staple event for its community. But, it's also provided an important season opener for the regional Pro Juniors during that time as well and now that significance is magnified with an updated rule in place for the men. Alan Shepard Park in all its glory, the site for this year's event once more. - WSL / Andrew Nichols

In previous seasons, the top 4 men from each of the 7 regions were invited to the WSL Junior Championship each year to vie for a World Title. Now, that number is narrowed to the Top 3 ranked surfers for the men at the end of this season. The women will remain the same with the top two qualifying for their chance at a Junior World Title.

"We've narrowed the field for men's qualifiers for the WSL Junior Championships to three from each region," said Travis Logie. "This change creates an even more exclusive grouping of the world's best juniors in attendance moving forward and raises the level of competition regionally. The WSL Junior Championships are the world's premiere junior platform and a major indicator of who will go on to achieve big things in surfing. We're looking forward to seeing who steps up and earns their spots in 2019."

The top-ranked regional juniors, 18-and-under, who didn't age out of the Pro Juniors return to Cocoa Beach for a shot at getting their jump start on the rankings. Here's a shortlist of those competitors looking to make 2019 count. The 17-year-old, San Clemente, California, native is back for one last Pro Junior year before taking the QS on at full steam. Colapinto won't be forgetting his phenomenal season in 2018 that earned him his first, and second, WSL wins with commanding performances at Zippers (Los Cabos) and Soup Bowl (Barbados). He nearly capitalized on his first trip to Cocoa Beach last season but fell short with a Semifinal appearance and is back to get off on the right foot once more.

Colapinto has his goals locked in for the year and his offseason work, as well as putting in time at Hawaii and Australia already this year show he's dedicated to making them happen. Matson is not known to hold back when it matters most. - WSL / Damien Poullenot

Fellow San Clemente competitor to Colapinto, Matson still has two years left on the Pro Juniors level but is already eyeing down the QS after finishing just outside the Top 100 last season. The 16-year-old shows surfing beyond his years at waves of power and can attack soft beachbreaks with ease which he showed at the US Open, just falling shy of a maiden victory.

For Matson it seems not a matter of if he'll get that first, breakthrough win, but when. 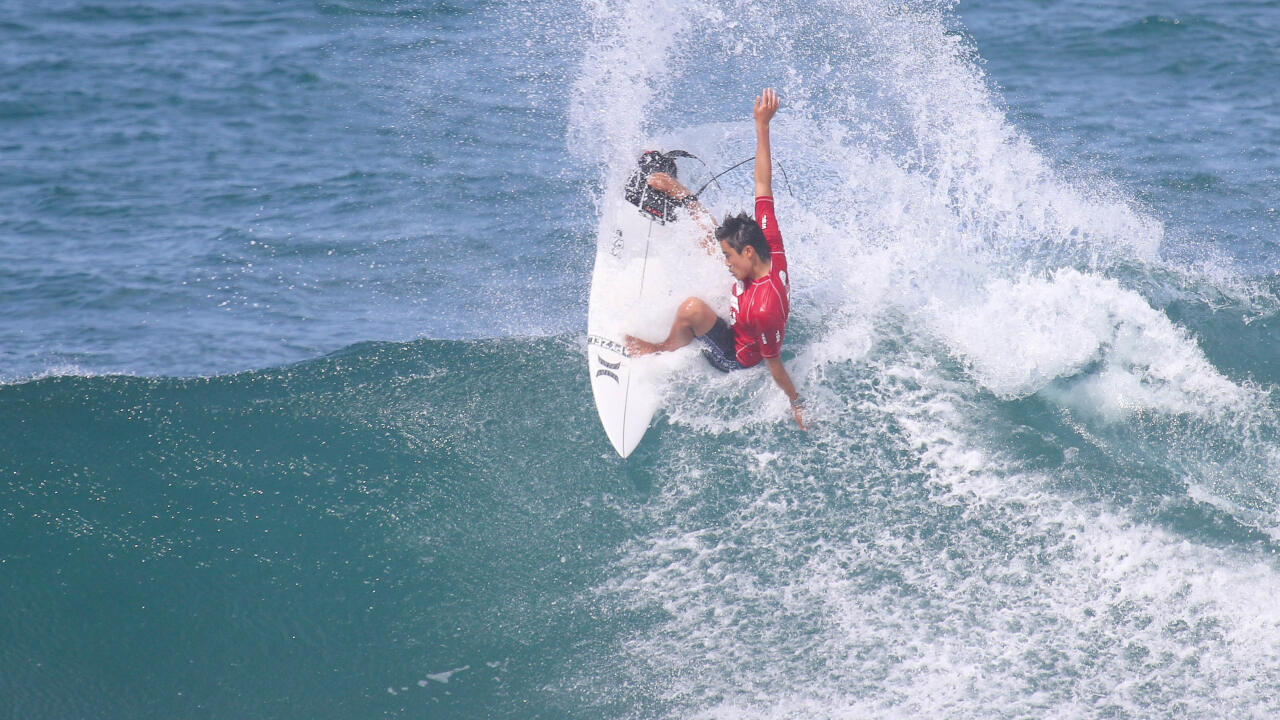 Hailing from the iconic breaks of Malibu, California, Watanabe has shown his apt for winning events on the amateur level of NSSA events, but looks to transition that success into the Pro Juniors and QS. Watanabe, 16, also maintains two more years of eligibility toward making it to WSL Junior Championships and his groomed, yet explosive style is waiting for a breakthrough of his own. The young Californian earned his first WSL Final appearance at this event last year and looks to do even better.

Read about the women's next generation is ready to takeover Cocoa Beach and kickoff their season.

Also, catch up on news about the Ron Jon Quiksilver Pro QS 1,000 upgrade.

While surfers in California were enjoying the first proper south swell of the summer, some were scoring south of the border.

The Tresles lookalike comes alive on Day 1 in Morocco.