Beautiful weather welcomed the beachgoers and athletes on Saturday for Day 2 of the Oi Pro Junior Series and Oi Longboard Pro. After a full day of competition, all event winners will be crowned on Mother's Day with the first call set for 7:00 am local time. 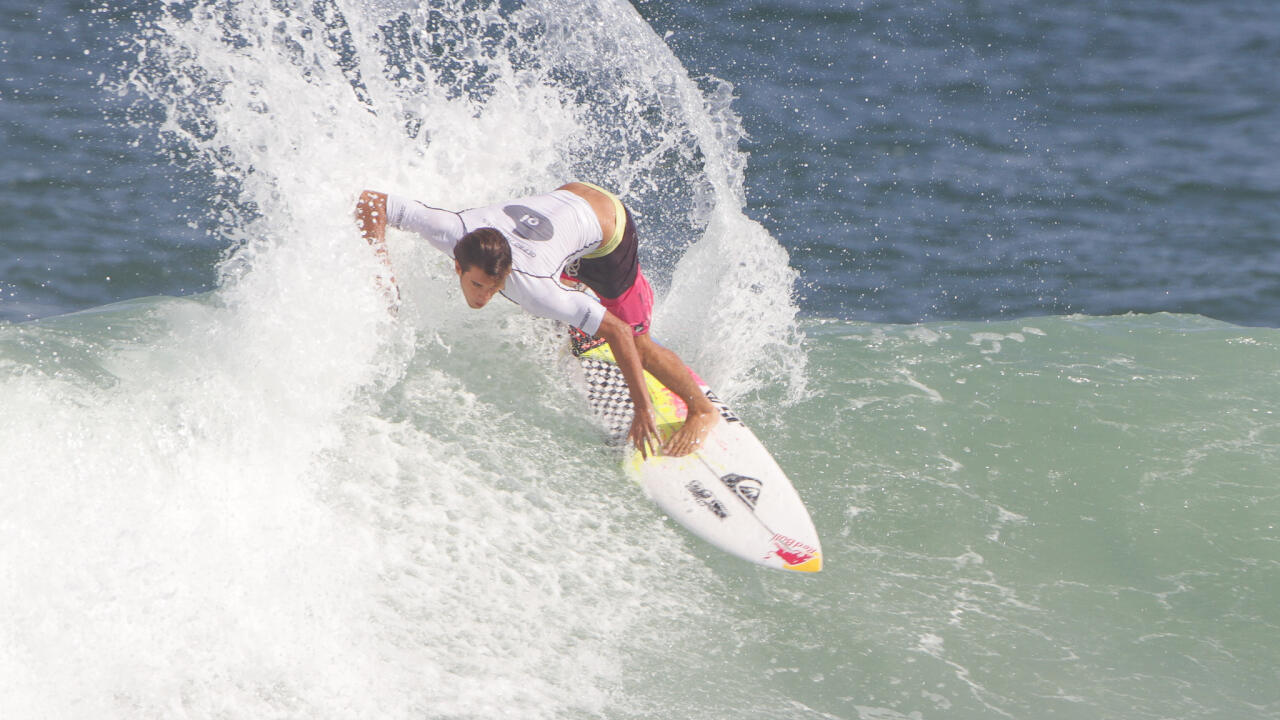 A punchy 3-ft swell still had enough life in it to keep the athletes on their toes, but increasing onshore winds made things more difficult towards the end of the day. The defending 2018 WSL World Junior Champion Mateus Herdy (BRA) continued his hi-performance surfing by mixing together tweaked-out blow tail off-the-tops with explosive finishes to be in position for a spot on the podium on Finals Day.

"The forecast looks good for tomorrow in the morning, but I'm ready for whatever comes my way," said Herdy, who earned an 8.50 for the highest single-wave score of the day. "If the waves are closing out the way they were today, I even prefer that the wind is strong so we can do one or two turns or even an air on the close-out section." Despite his young age, Herdy has had some good experience in Qualifying Series (QS) events and used some savvy veteran strategy he received from his uncle, former Championship Tour (CT) athlete, Guilherme Herdy (BRA).

"My plan at the beginning of the heat was to let everyone get their first waves so I could have priority when a good wave rolled through. So I just sat and waited until that left came in and I did enough to get an 8.5 from the judges," Herdy said.

In what could easily have been a stacked Final, Herdy finished in 1st place in Heat 1 of Round 3 with a 13.25 total, while the Saquarema local Daniel Templar (BRA) jumped into 2nd place on a buzzer-beater on his last wave. Eliminated from the competition were Eduardo Motta (BRA), who competed at the 2018 World Junior Championship in Taiwan alongside Herdy, while Lucas Vicente (BRA) who is the current leader on the 2019 WSL South America Regional Rankings.

In the Women's division, the two-time WSL South America Champion Sol Aguirre (PER) was able to navigate the tricky conditions and guarantee a spot in the Semifinals tomorrow. Advancing in 2nd place was Julia Camargo (BRA). "I was able to surf a few waves that opened up today, but I also switched up boards which made a difference as well," said Aguirre. "I'm used to surfing pointbreaks in Peru, so sometimes I have more difficulty competing in beachbreaks. But today I felt like I surfed well and am focused on qualifying for the World Championship in Taiwan. There's still so much ground to cover, so I'm not even thinking about winning a third regional title yet."

Aguirre will face Camargo in Heat 1 of the Semifinals while Tainá Hinckel (BRA) will be up against the WSL South America rankings leader, Daniela Rosas (PER) as a result of her victory at the QS 1500 in Mar del Plata, Argentina. 3-time WSL South America Longboard Champion Atalanta Batista (BRA) suffered an early elimination, while local favorite Chloe Calmon (BRA) is looking for a solid result in front of her hometown crowd after earning a spot into the Semifinals. 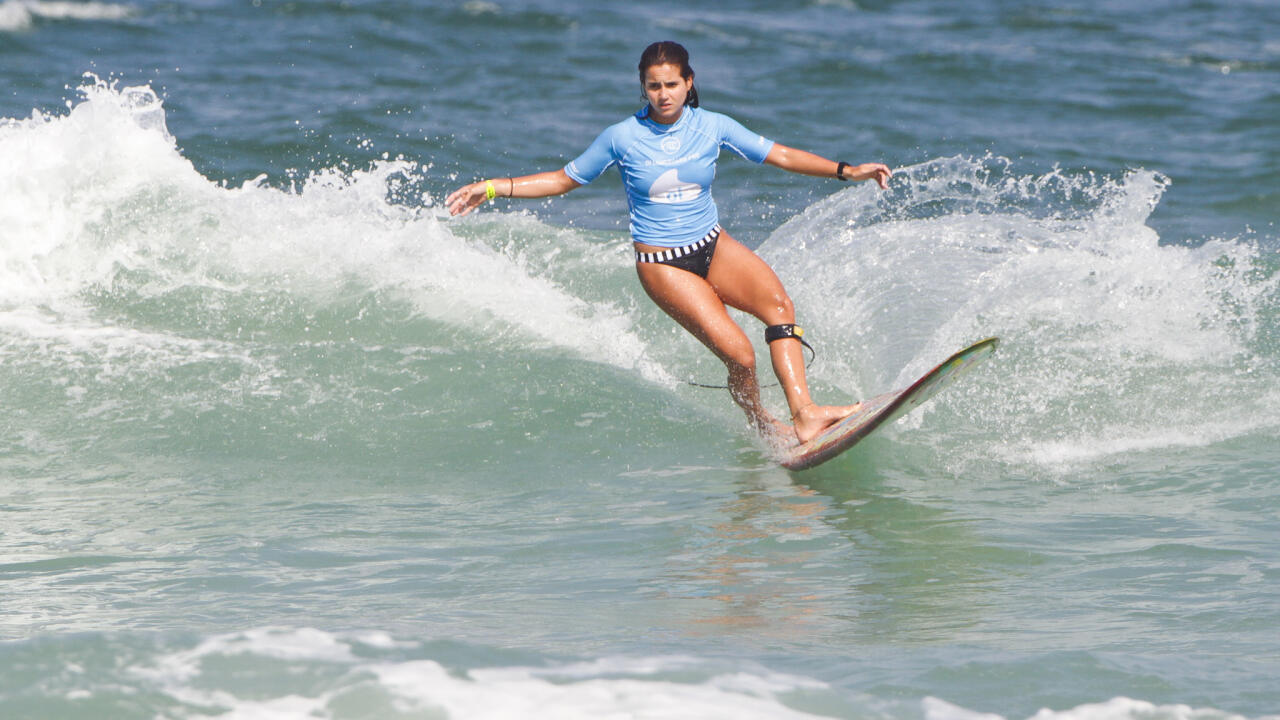 "Conditions started to get worse as the wind picked up, and I couldn't hear anything the beach commentators were saying, so I just focused on trying to get two good waves and kept paddling for the entire heat. All the girls surfed really well and I'm just happy I made it through," said Calmon.

Chloe is currently leading the WSL Longboard Tour rankings and is delighted to be competing at home. "I spend a lot of time traveling all over the world and most of the time I'm by myself. So to be here, surfing at home and having such vocal support from the crowd, it makes everything so special. I feel like my career has never been better and that Longboard has been receiving a lot of positive attention. I'm just so thankful for all the sponsors and event organizers for putting this together," Calmon finished off.