Lakey Peterson claimed the highest heat total of the season to eliminate the defending World Champ Steph Gilmore on Day 4 of the Margaret River Pro. Peterson's heat total of 18.83 (9.80 + 9.03) left her rival in a combination situation and propelled the Santa Barbara native to the Semifinals, where she will face-off with Carissa Moore.

"That win was so satisfying. There was a lot behind that heat -- between Steph and I," Peterson remarked after her first career head to head heat win against Gilmore. "Losing out on the World Title to her, and in both Finals last year she beat me. She's a phenomenal surfer honestly and she brings out the best in me. But I just wasn't going to lose again. I'm done losing to Steph. It was my turn to win."

Peterson's mindset was clear from the opening siren. Her first wave scored a 9.80 for what WSL Commentator Ronnie Blakey labeled, "The most aggressive two-turn combination we have seen this year." The bottomhand turns on both savage hooks in the pocket were worth five points alone. A second 9.00 wave earned her the highest heat total of the 2019 CT season and left the Gilmore, the current Jeep Leader, with no chance of overhauling the Californian. 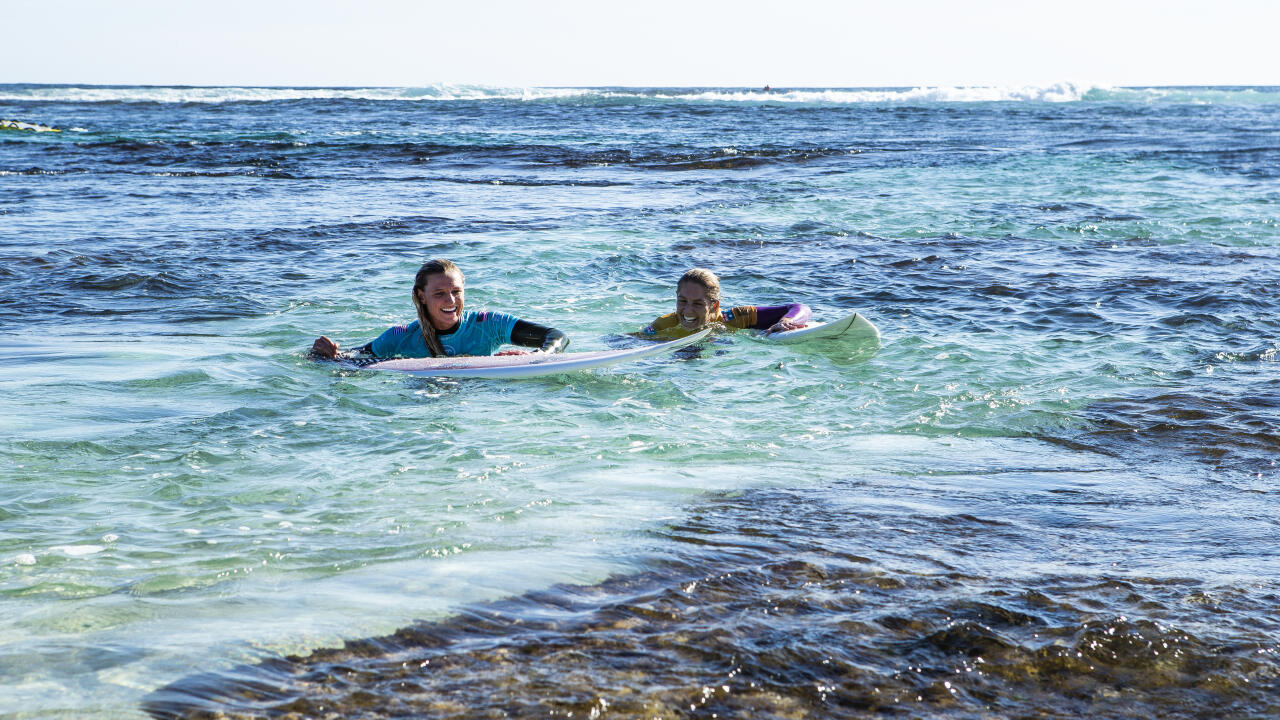 "When Lakey got that first 9.80 -- that was a hard one for me to come back from," Gilmore said after their heat. "I knew I just had to be on the next good one. I pulled the trigger on the first wave of the set. Then she went on the second one and got her other 9-point ride. That should have been my wave. Mistakes everywhere. But Lakey is ripping which definitely makes the Title race interesting."

Peterson went into the Margaret River Pro as the World No. 9 after suffering Early Round losses on the Gold Coast and Keramas. However, with today's victory over Gilmore, coupled with the Quarterfinal losses by frontrunners Caroline Marks and Courtney Conlogue, means she has put herself in a great position to make up some serious ground on the Jeep Leaderboard on Final's Day. Notable and Quotable From Day 4 Of The Margaret River Pro:

-Caio Ibelli caused the two biggest upsets of the day, defeating Kelly Slater in the Round of 16 and Jordy Smith in the Quarterfinals. "Kelly is such a legend and my favorite surfer. After our sticky situation last year I wanted a match up to show people I deserve the chance to perform," Ibelli said. Ibelli was referring to a social media post where he voiced his disapproval of Kelly being given the Injury Wildcard instead of him. "I was injured hear last year and I've been through so much in the last 12-months," continued the sole Brazilian left in the draw. "So to come back here and get this result means so much."

-Seth Moniz ended Jack Robinson's hot streak. A move away from the Box blunted the local Wildcard's tube armory and Moniz' victory means he stays on track for the Rookie of the Year Award.

-John Florence has the opportunity to extend his lead on the Jeep Leaderboard after defeating Italo Ferreira in their Quarterfinal.

-Julian Wilson earned his first Semifinal berth of the year with hard fought wins over Peterson Crisanto and Ryan Callinan. "I've been a little flat through some of the earlier events, but I'm finding my groove and finding my hunger," said Wilson. "I'd love to win here. That's the goal."