The contest will be the final in the 2019 City Surf Series, and will be the 7th stop on the WSL Africa Tour. The last event in Vic Bay was back in 1995 with the Association of Surfing Professionals (ASP) Town and Country Surf Classic, that was won by Buffalo City surfer Greg Emslie.

The Women's JQS 1000 has all the regular standouts entered into the event, as well as a handful of international surfers. Ceara Knight and Zoë Steyn will once again be fighting it out for top positions alongside Piper Harrison from Australia, Anne Dos Santos from Brazil, and the Japanese stand-out Julie Nishimoto. 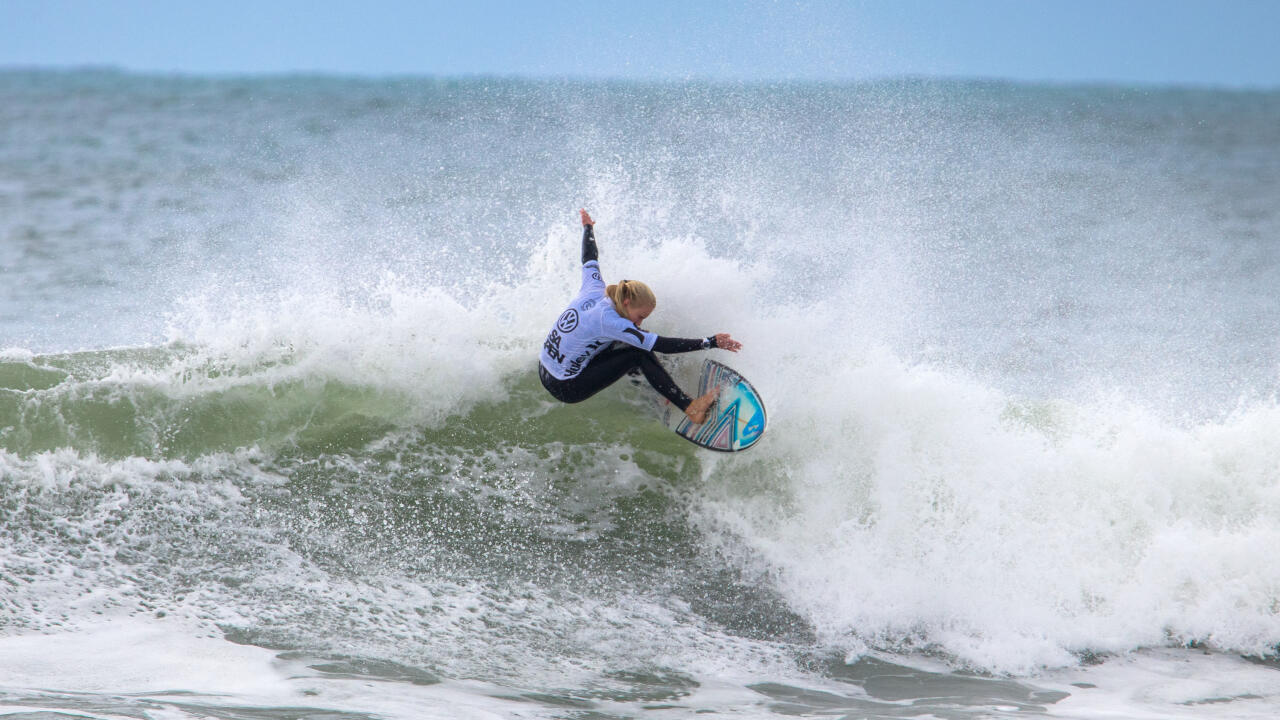 Ceara Knight is one of the top contenders in the Women's JQS event at Vic Bay. - WSL / Thurtell

Similarly the Men's JQS 1000 will be hotly contested by the South African duo of Luke Slijpen and Eli Beukes, along with an on-form Luke Thompson. The only international surfer in this contest is Lenni Jensen from Germany. Eli Beukes has been in good form lately and comes into Vic Bay as a threat for the title. - WSL / Alan van Gysen

The Women's QS 1000 event has a number of highly-rated international surfers in the mix, including Philippa Anderson from Australia, Justine Dupont from France, Emily Nishimoto from Japan and Zoe McDougall from Hawaii. Included in this event is former Championship Tour surfer Bianca Buitendag. Victoria Bay is her home break and she is definitely going to be a contender for the title. Zoe McDougall has a good track record in South Africa and could turn the tables on the locals, especially if it gets big at Vic Bay. - WSL / Tony Heff

The Men's QS 1000 will see Adin Masencamp keen to follow up on his win at the Volkswagen SA Open of Surfing pres by Hurley on the weekend. Masencamp has been very clear of his intentions to get a wild card into the upcoming Corona J-Bay Open, and he has proven himself hungry enough to get it. He will be up against Matthew McGillivray and Dylan Lightfoot , both of them also gunning for that single wild card.

International surfers in this contest include Sheldon Simkus from Australia, who was the runner-up at the Volkswagen SA Open of Surfing pres by Hurley last weekend, Pedro Coelho from Portugal, Luke Dillon from Great Britain and Daniel Farr from New Zealand to name a few. Two really interesting entries into this event are two surfers who grew up at Victoria Bay, David Pfaff and Sean Holmes. While both surfers enjoyed some professional surfing success, with Holmes achieving some great wins as a wild card in the JBay events, they are born and bred Vic Bay locals, and their experience could hold them in good stead against less experienced surfers at this sometimes tricky line-up. Sheldon Simkus will be keen to go one better, after his runner-up performance at the Volkswagen SA Open of Surfing in Port Elizabeth on the weekend. - WSL / Thurtell

The forecast for the weekend looks solid, with frontal conditions expected to push through the Victoria Bay area on Friday and continue into Saturday. Large surf is expected.