The World Surf League (WSL) welcomed the next generation of South American athletes to Praia de Stella Maris in Salvador, Bahia, for the second stop of the Oi Pro Junior Series presented by Subway. The next event of the series will be held in Florianópolis from September 7 - 8 and the WSL South America Pro Junior Champions will be crowned at the final event in Maresias from November 8 - 10 in conjunction with the Oi Longboard Pro to determine the Region's Longboard Tour Champions as well. Equal prize money has been provided by the event partner Oi for both the Pro Junior and Longboard divisions. Under an overcast sky with occasional showers, both the Men and Women performed well on the punchy 2 - 3 foot (0.5 - 1m) waves, providing a look into the future of the best up-and-comers in South America. Event winners will be awarded on Sunday after a full day of heats determined the Quarterfinalists for the Men and the Semifinalists for the Women.

Tainá Hinckel (BRA) and Sol Aguirre (PER) have won the past three WSL South America Pro Junior Championship Titles. They are the heavy favorites to win the event in Bahia and guaranteed their spot in the Semifinals after commanding wins on Saturday. Aguirre, who won the titles in 2017 and 2018, will now face Julia Duarte (BRA), while Hinckel, who was crowned champion in 2016 and currently leads the rankings in 2019, will take on Maju Freitas (BRA) in Heat 2 of the Semifinals.

"I'm super happy for making it this far, but I'm still trying to find my rhythm with the waves here because today was very challenging," said Aguirre. "My main objective is qualifying for the World Junior Championship, so I have to do my best in every event because there's still a long road to go before I reach my goal." 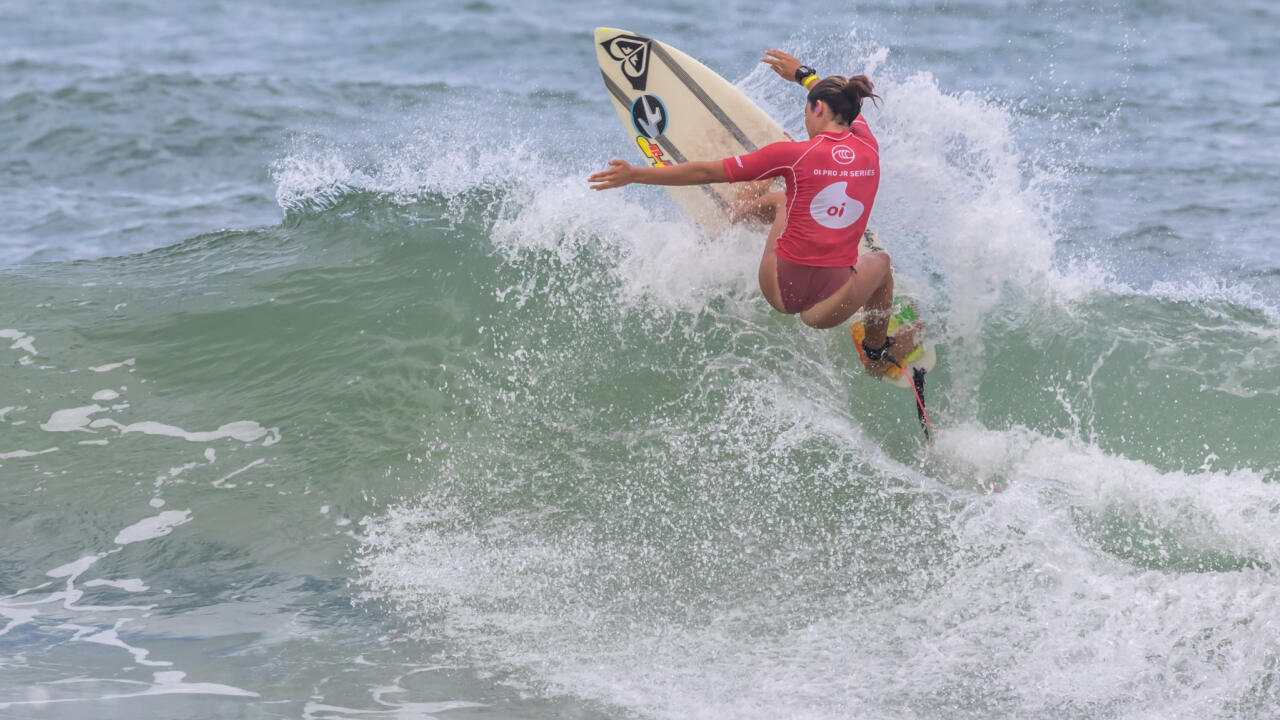 Only the Top-2 Women surfers will qualify for the WSL World Junior Championships in Taiwan in November. Aguirre and Hinckel have been representing the WSL South America Region for the past few years and are looking for another opportunity with a solid result at Praia de Stella Maris.

"I didn't feel like I did my best surfing in my heat and I know I've still got a lot left in the tank for tomorrow," said Hinckel. "I'm just trying to live in the present and I'm very happy with making it into the Semis. I want to keep having fun, do my best surfing and hopefully win this contest. I don't want to think too far ahead, but making it to the Final and winning this event is my objective." 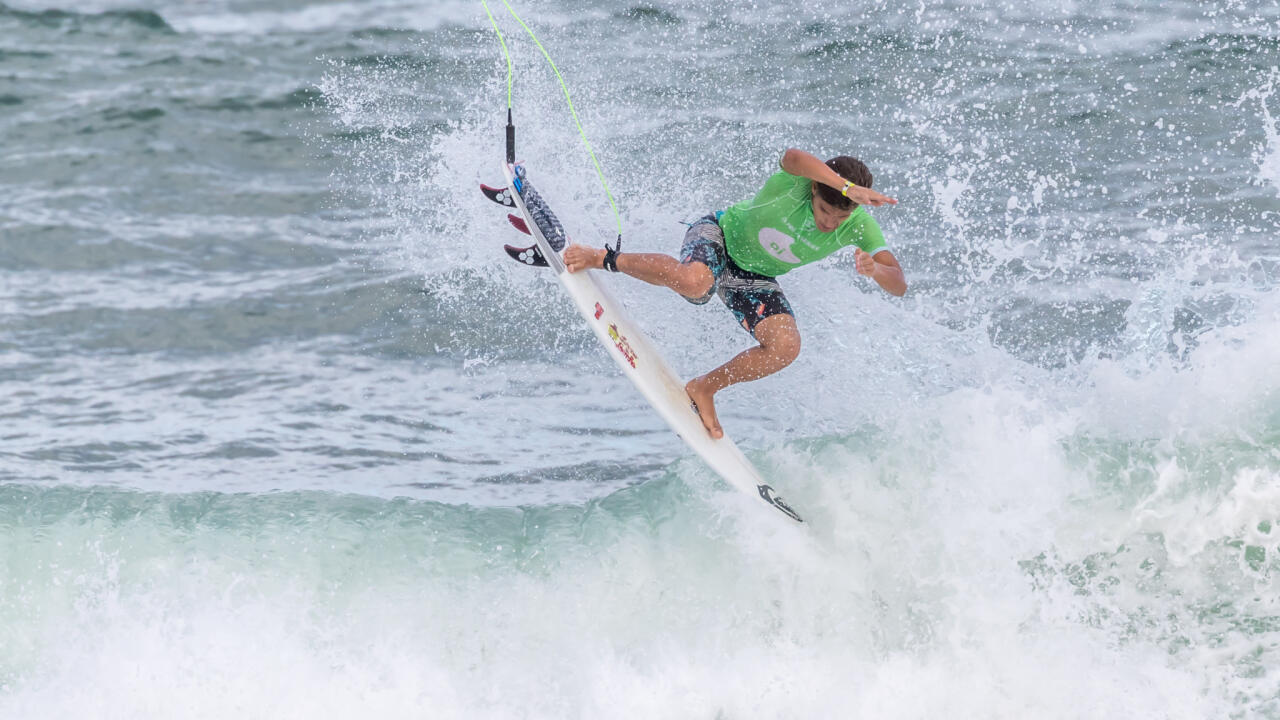 The young surfer from Saquarema, Daniel Templar (BRA) has taken the lead in the WSL South America rankings after Daniel Adisaka (BRA) was eliminated in the Round of 48. However, Mateus Sena (BRA) and the Florianópolis local, Lucas Vicente (BRA) are still in contention for 1st place with a win on Finals Day in Salvador.

"I felt like I surfed really relaxed and tried to do my best in the water, but still focused on my strategy," said Templar, the new rankings leader. "I'm going to give it my all tomorrow and try to make the Final and leave here on the top of the rankings. It's a gnarly contest because everyone surfs so good, so every heat has a Finals-like atmosphere, so you can't make any mistakes." Mateus Sena (BRA), currently sitting in 3rd on the rankings, maintained his high-level of performance by guaranteeing a spot in the Quarterfinals after winning his second heat of the day. 13-year old Ryan Kainalo (BRA) was able to advance in second place, eliminating Pedro Bianchini (BRA) and Diego Aguiar (BRA) in the Round of 16.

"I admit that I was nervous throughout the day because the ranking leaders kept falling and you've got that pressure to do well and not miss out on the opportunity," confessed Sena. "I think I kind of played it safe today, but tomorrow I'm really going to let loose. I'm coming off of a victory at the event in Ceará and I feel like I can win this one too. I feel at home anywhere here in the Northeastern Region of Brazil and look forward to taking another trophy home." 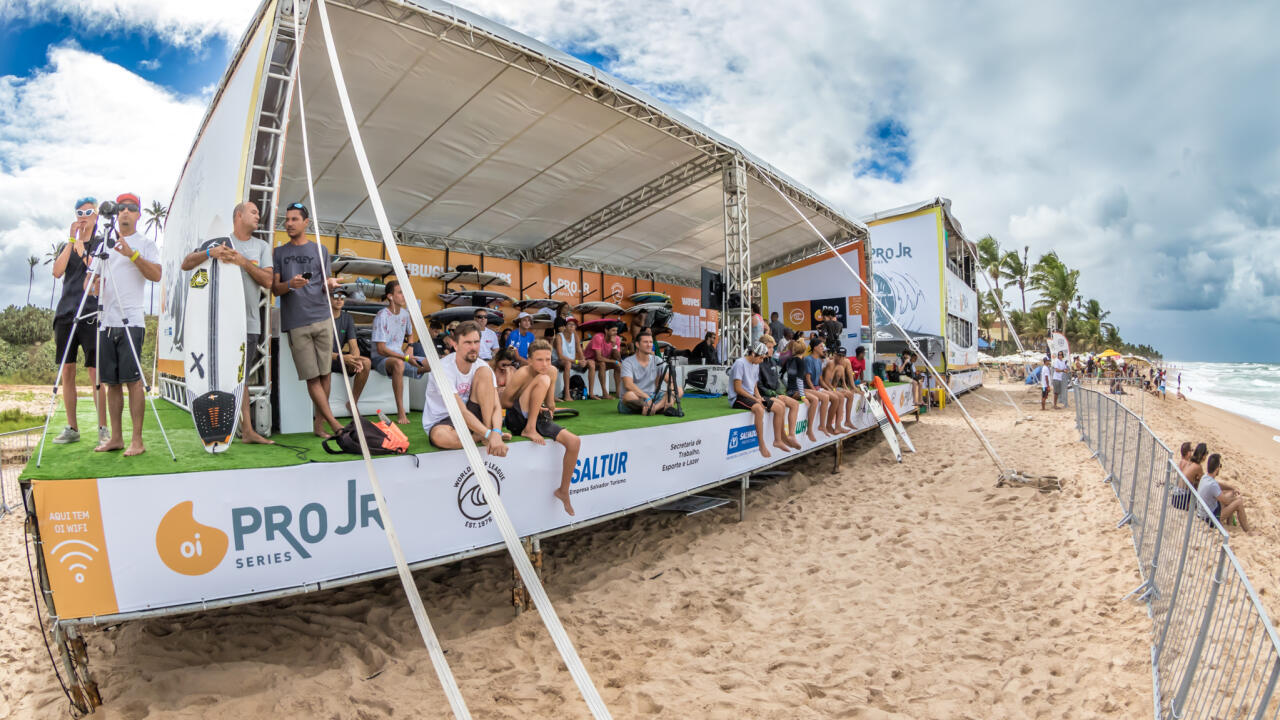 Stop #2 of the Oi Pro Junior Series presented by Subway will recommence at 9:00 am local time and will begin with an all-Brazilian Men's Quarterfinals. Daniel Templar will look to keep his place atop the rankings but will have to defeat Heitor Mueller, Davi Mendes and Eduardo Motta to do it.

Catch up on all the action coming out of Stella Maris.