Young Australian Dakoda Walters has been on the radar of those in the surfing realm for a few years now with his natural ability both on the wave face and above it continually turning the heads of those in the know. However, it's only recently that the slinky natural footer from the North Coast of New South Wales placed the biggest feather in his small surfing career cap; the title of 2019 WSL Australia / Oceania Regional Junior Champion. 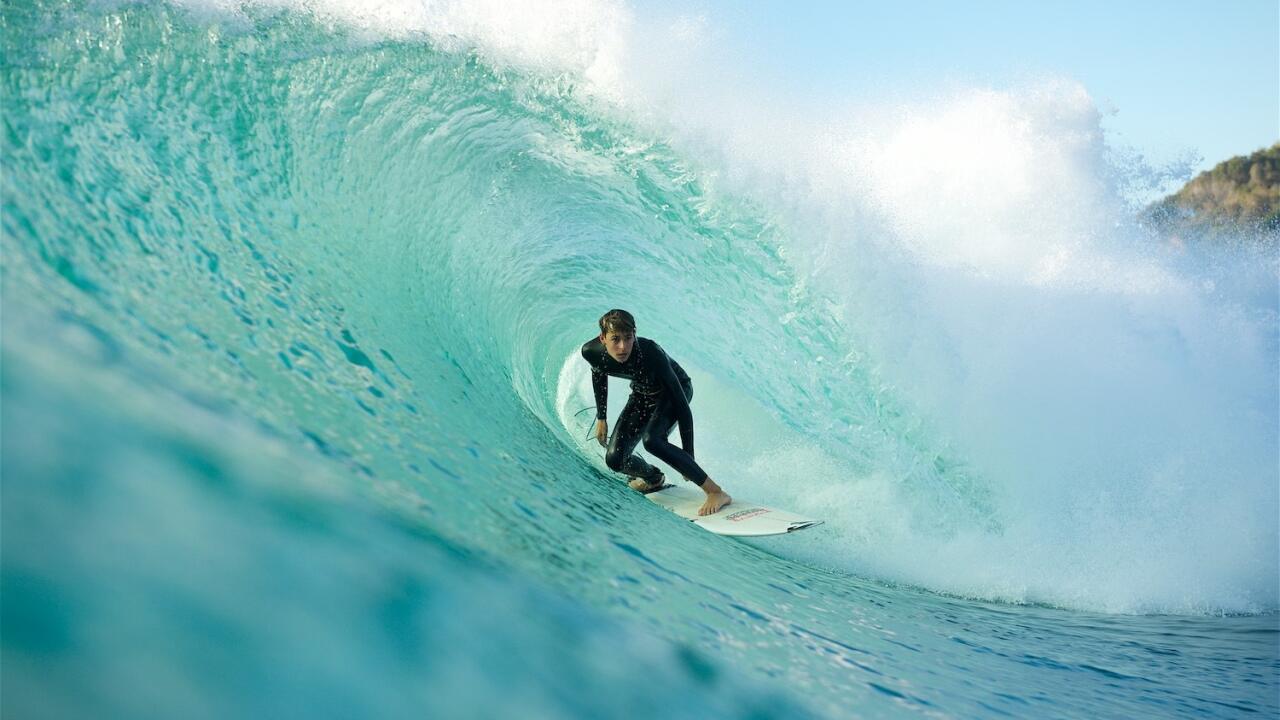 Growing up in one of Australia's most iconic and hardcore surf towns, Angourie, Dakoda's recent success comes as no surprise with his father, Jeremy, a third-generation local and former Australian Surfing Champion, only one of his major hometown influences. A young Dakoda would surf his world-class local on any given day with the likes of Laurie Towner, Dan Ross, and the late great Dave ‘Baddy' Trleloar, to name a few.

"Growing up in Angourie has been so sick," Walters said. "It's just a small little town with epic waves and a really tight surfing community. There has been a lot of amazing surfers come out of this town that I've spent my life looking up to and surfing with. Guys like Dan Ross, Laurie Towner, my Dad, and then the younger crew like Morgan Cibilic and Chris Zaffis. It's been an amazing area to grow up in and develop my surfing." 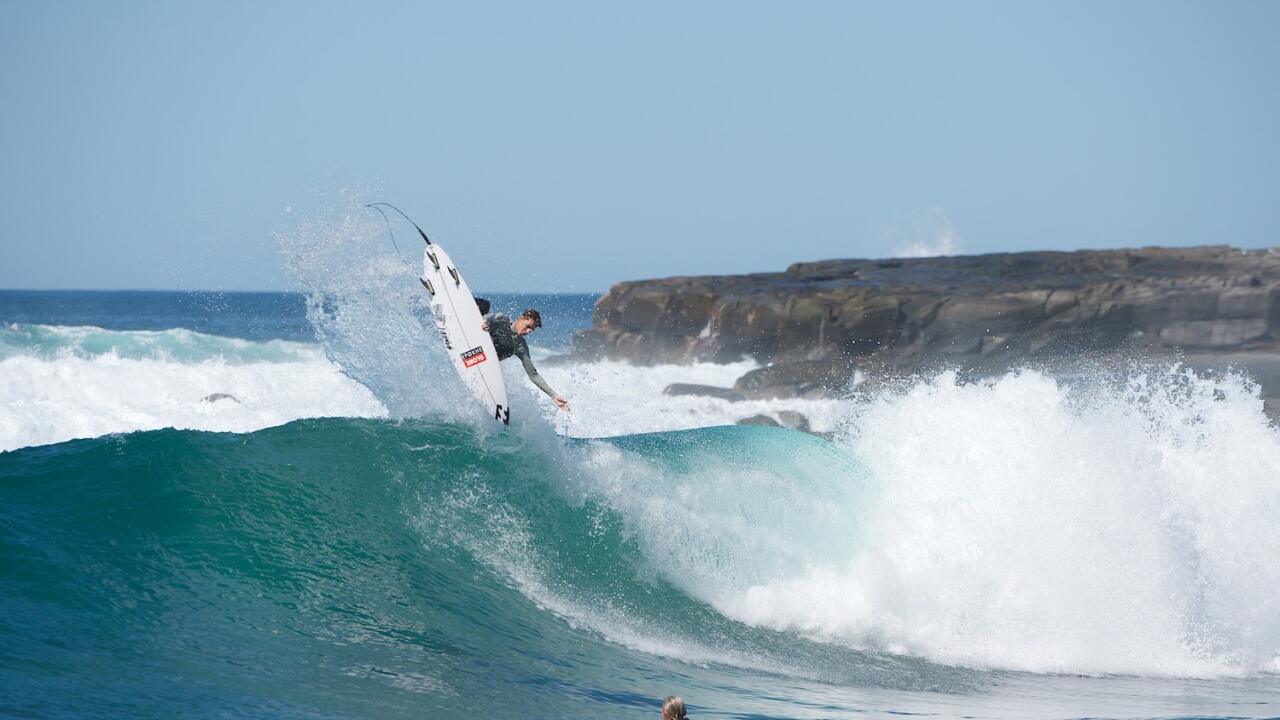 It's almost scary how comfortable this kid is in the air. - WSL / Billabong - Duncan M

It wasn't long before this electric young natural-footers talent was noticed outside of Northern NSW with Dakoda being asked to join team Billabong at a very young age. All of a sudden, he was now rubbing shoulders with the world's best.

"I signed with Billabong when I was really young and just like living and surfing in Angourie, I was given the opportunity to surf and hang out with so many of my Idols. I've done trips with Taj Burrow and Joel Parkinson and have definitely learned a lot from them about competing and how to take that path which I'm super grateful for." Dakoda with one of his inspirational Billabong Team mates Shane Dorian and his son Jackson. - WSL / Billabong - Duncan M

Trips with the Billabong team also gave a young Walters an insight into surfing alternative equipment. Hanging with guys like Creed McTaggart, Otis Carey, and Shaun Manners opened Dakoda's mind to the possibilities that lie within different boards. This was best exemplified in his recent video feature ‘4 Boards, 2 Pools' where he samples a 4'0, 5'0, 6'0 and a 7,0 at Waco and the Surf Ranch.

"Surfing with the Billabong free surf team has definitely been a cool balance for me as it's shown me so much about surfing for fun and riding different boards. It's also something you see a lot of around home. People surfing boards to suit conditions and having fun regardless of the waves. When you're competing, you can get stuck on your most high-performance board but I feel like changing it up has helped me enjoy my surfing more than ever and kind of improve it in away." Another one of Angourie's favourite sons brings home another piece of surfing silverware. - WSL / Tom Bennett

With free-surfing trips and plenty of epic waves around his hometown, Dakoda never had much time for competition.

"I competed a little bit when I was younger but not as much as a lot of the other kids in the World Junior Championships. I used to do the ‘Occy Grom Comp' and the ‘Taj's Small Fries' and didn't have much success. I always had fun but never really made heats so I kind of never had a massive desire to compete in Junior Qualifying Series events. Two years ago, I did one WSL Junior event and lost in the first round. Then last year I did two events and made a few heats." Not too many juniors are winning events on twin-fins these days. Dakoda Walters is. - WSL / Ethan Smith

In 2019, whether it was the thought of completing his schooling or the developments in his surfing from enjoying a range of different boards, something changed in Dakoda's competitive outlook. After a slow start to the WSL Australia / Oceania Regional Junior Series, Walters eventually found form, winning three back-to-back events.

"This year I had a shocking start, losing in the first round of the first three events. I lost my drive and thought I'd shift my focus to my final year of schooling. I had another roll of the dice and went to Cronulla and won. I think because I had no expectations and no pressure on myself, I could just enjoy my surfing and it seemed to work. I then went on and won the next two. I was just enjoying myself and not taking it to seriously, plus the events had good waves which always helps." On his way to his first WSL win. - WSL / Ethan Smith

With his solid string of results, Dakoda Walter's went on to be crowned the 2019 WSL Australia / Oceania Regional Junior Champion and will now head to the Taiwan Open of Surfing for the WSL World Junior Championships.

"It's always been a massive goal of mine to make the World Junior Championships. It's a sick event and a huge stepping stone for junior surfers so I'm really excited to be a part of it; especially considering the woeful start to the season I had. Taiwan looks like a really different place to anywhere I've been with a really interesting culture. Apparently, the food is amazing and the waves look like so much fun with ramps everywhere, almost a little bit like Trestles, so I'm really keen to get over there. It's going to be so fun coming up against all of the best juniors from every region around the world as well. It's going to be a massive challenge but I can't wait."

We Wish Dakoda the best of luck in Taiwan and can't wait to see what crafts he decides to ride at the fun-park of Jinzun Harbour.

The 2019 WSL World Junior Championships will run from November 26 - December 1 as part of the Taiwan Open of Surfing.