For anyone seeking heart-pounding action, Big Wave is a place where humans push the boundaries of what's possible in every moment. Officially kicked off on November 1st, the 2019/2020 Big Wave season will showcase the premier paddle-only event at Jaws, a non-stop tow session at Nazaré, and hard-charging action from swells across the globe.

The Call: During the Big Wave season window, the WSL Big Wave team is constantly monitoring an array of weather charts and tracking big storms crossing the Pacific and Atlantic Oceans with the help of our forecasting partner, Surfline. The waves must be a consistent minimum 25 feet on the face of the wave throughout the entire time of competition. Wind, tide and the effects they have will play a part when making the call. 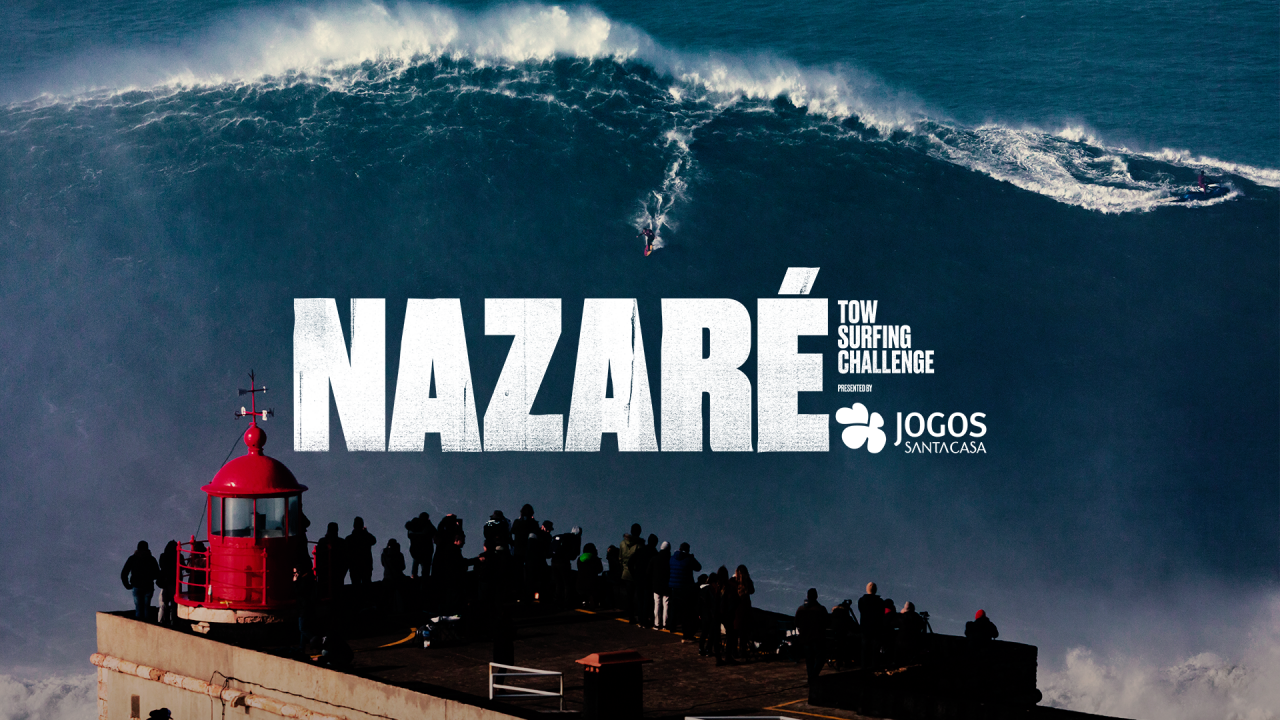 Event Format: The Nazaré Tow Surfing Challenge presented by Jogos Santa Casa features a unique tow team "expression session" format with delayed video judging. Ten two-surfer teams will participate with the athletes taking turns by their own choice of who will surf and who will drive. (Each surfer must ride at least two waves,) There will be four one-hour heats with five teams per heat, each team will participate in two heats, with a priority system indicating which pair has their preferred choice of an incoming wave at any moment.The event will be broadcast live and captured on video from multiple angles. At the conclusion of the competition a nominating panel will examine the video evidence and select the biggest, best-ridden waves of the day as finalists. At an awards ceremony later in the day the athletes themselves, along with a group of expert judges, will review the nominated rides and place their votes in an assortment of categories including Men's Wave of the Day, Women's Wave of the Day and Team Champions with the winners being crowned at that time. Event Format: In the men's division, 24 competitors are divided into four heats of six surfers for the first round. Heats are generally 45 minutes and surfers may catch as many waves as they wish with a panel of five judges scoring each ride on a scale of 1 to 10. Each competitor's two best waves are counted, with their best wave being doubled. The three highest scoring surfers advance on to the semifinals, which run in the same format. The final heat is generally one hour in length.

The women's division runs on a similar format with 10 competitors participating in two five-surfer semifinals with the top three in each advancing to their final.

How to Watch: When it's on, you can watch on worldsurfleague.com or Facebook LIVE. For Big Wave updates, follow @wsl or subscribe to email notifications here.

The surfer from Maui wins Men's Wave of the Day at the Nazaré Tow Surfing Challenge Presented by Jogos Santa Casa.

The surfers from Hawaii and Brazil are the Team Champions at the Nazaré Tow Surfing Challenge Presented by Jogos Santa Casa.

- WSL
Tuesday, September 27, 2022
Marcio Zouvi - The Genesis Of Sharp Eye Surfboards, Shaping For The World's Best, Filipe Toledo's Title-Winning Quad, Plus Stories From A Career As A Top Shaper

Sharp Eye Surfboards founder and shaper Marcio Zouvi joins The Lineup to talk about building boards for the best surfers in the world.