Laird Hamilton built a career by pushing boundaries. He's pioneered all of the big-wave frontiers. He introduced the world to tow surfing. He was one of the first on the stand-up paddle program. And his earliest iterations of foil surfing included a pair of snowboard boots and stainless steel blade. It's Hamilton's obsession with optimizing equipment, training and putting in the ultimate performance has made him one of the most influential watermen in history.

This week, Hamilton traveled to the Portugal to test his latest foil equipment at pumping Nazaré. Days after the Nazaré Tow Surfing Challenge, the North Atlantic just kept pumping, brewing up some cold-water mountains for Hamilton, and Maui chargers Kai Lenny, Ian Walsh, as well as Brasil's Lucas Chianca.

The storm system that hit Portugal, known as "Storm Dennis," was confirmed as the 2nd strongest bomb cyclone on record in the North Atlantic ... just what Laird and the boys were looking for. 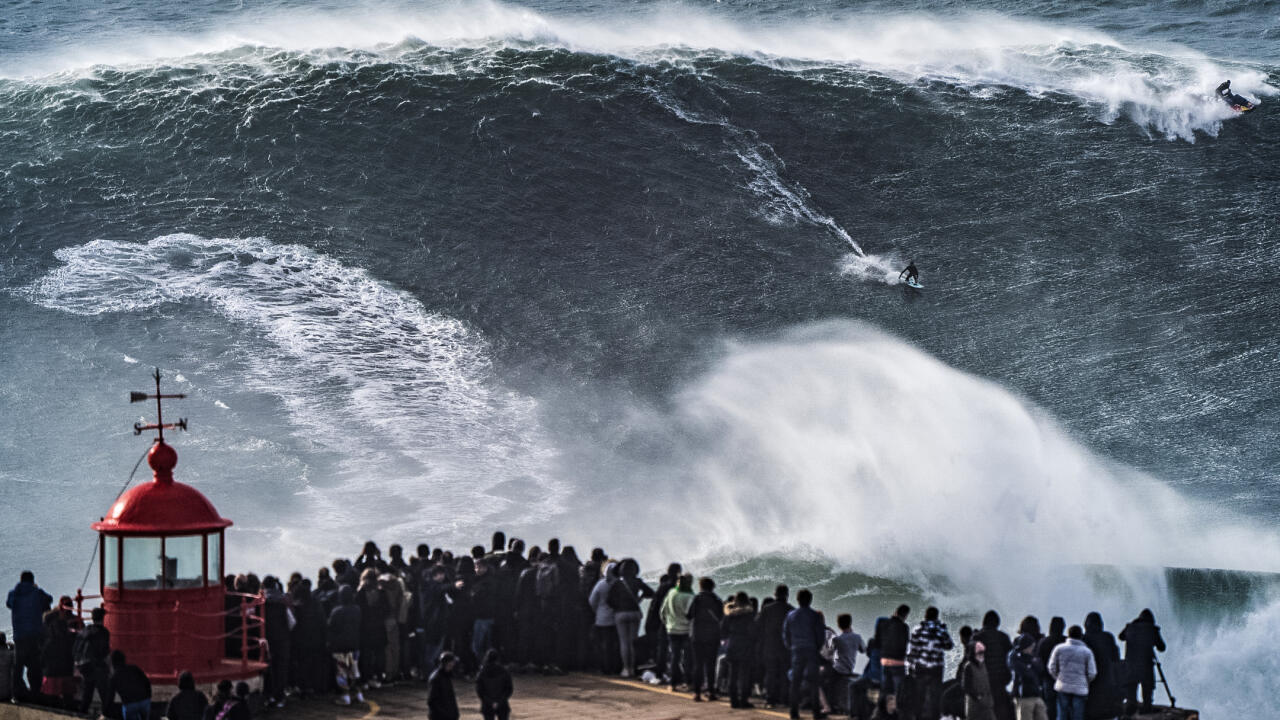 Ian Walsh behind the lighthouse at Nazaré. - WSL / Hélio António

Both Lenny and Walsh grew up in the shadow of Hamilton's powerful dominance of Pe'ahi. Inspired by what he saw Hamilton doing, Walsh picked up the tow rope when he was still a teenager. And in turns, Lenny grew up watching Walsh assert himself on the north shore of Maui. And now, three generations of Jaws surfers have come together in the cold, foreboding Atlantic.

At the age of 55, Hamilton has had one of the most successful careers in and out of the water. At his zenith, Surfer Magazine named him, "the sport's most complete surfer."

One of the highlight moments of his career was his infamous "Millennium Wave" at Teahupo'o in August of 2000. On that fateful, glassy day, the conditions aligned and Hamilton towed into a 20-foot heaving, below-sea-level slab.

It redefined what "heavy" meant when it came to surfing big waves. Until then, the measure of a big wave was defined by its height, but Hamilton's wave ushered in an era of backless girth.

Twenty years later, this mean, glassy slab still stands as one of the best waves ever ridden at Chopes. After his ride, Hamilton reflected, "If the conditions are correct, I think that there is no limit to the size of waves that can be ridden, as long as the storms make them."

And that's just what he's doing today. Foiling 60-foot bombs at Nazaré alongside Kai Lenny and Ian Walsh, Hamilton continues to thrive and inspire the future of big-wave surfing.