To the naked eye, the Gardner Pinnacles look like no more than a giant rock in the middle of the Pacific Ocean. At its tallest point, it stands 170 feet above sea level some 600 miles off the coast of Honolulu. But new research published in the journal Earth and Planetary Science Letters suggests Gardner Pinnacles are actually the summit of the world's largest volcano, Pūhāhonu.

The actual size of the mass beneath Gardner Pinnacles, researchers found after using bathymetric and gravity mapping, is 36,000 cubic-miles, which is twice the overall volume of the world's previous designated largest volcano, Mauna Loa on the Big Island. It's one of approximately 120 volcanoes that erupted over the past 82 million years along the Hawaiian-Emperor Chain. And in Pūhāhonu's case, just 30 percent of that mass is actually visible to us above the seafloor, which would include the Gardner Pinnacles we see above sea level and the mass that stretches underwater. The mass of lava it emitted over about 14 million years is so heavy that the ocean's crust has bent underneath Pūhāhonu, effectively hiding almost three-fourths of its total mass. 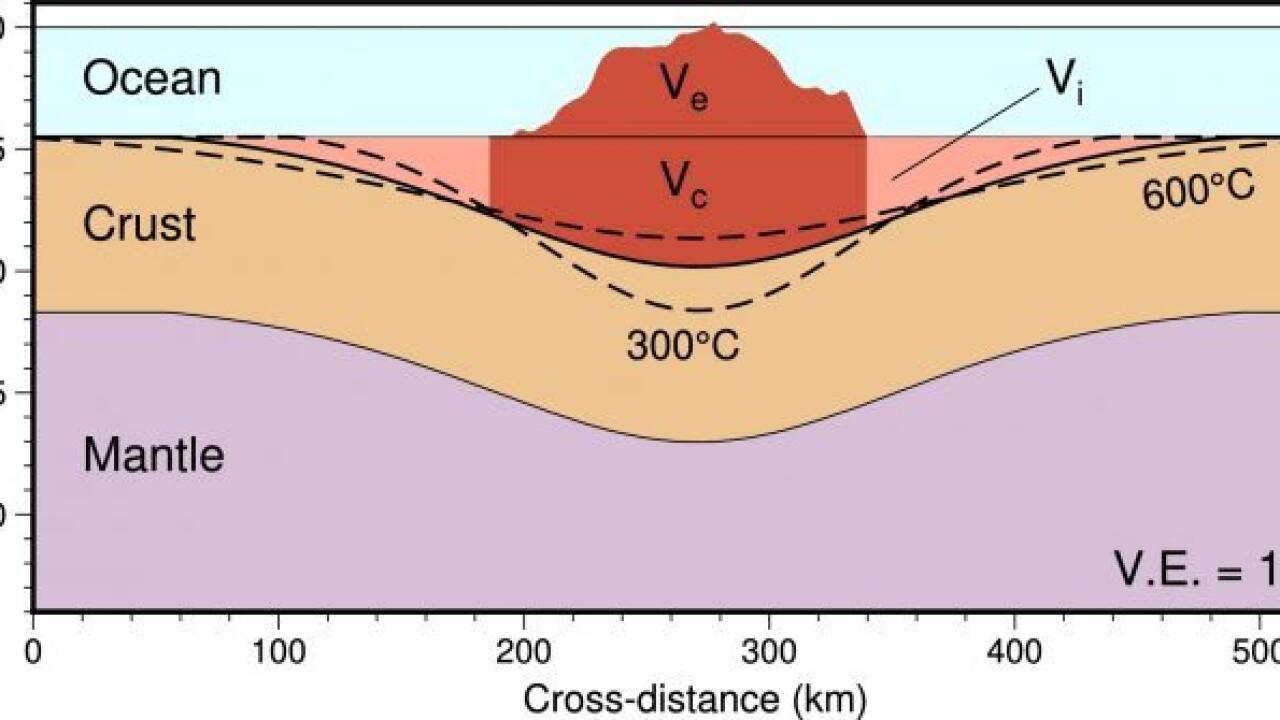 "The petrologic results for Pūhāhonu demonstrate that a thermal pulse played a key role in its large volume," they wrote. "A solitary wave would widen the plume diameter allowing the core of the rising hot plume to be better insulated yielding hotter magma and higher extents of melting."

Scientists are excited about the finding because, of course, it develops a greater understanding of the natural world and specifically, mantle plumes. But to the Average Joe, it's a pretty mind-blowing reminder that there's still so much we don't know and are learning about the ocean.