In 1993, a small cadre of Quiksilver designers, led by Australian visionary Bruce Raymond, landed in the seaside village of Banyuwangi. Weaving their way through Java, they eventually arrived at G-Land. It was the first scouting mission for what would come to be the Quiksilver Pro G-Land.

"When we got there, Pat [O'Connell] and Wingnut [Weaver] had just been there with Laird [Hamilton] and Gerry [Lopez] filming for ‘Endless Summer II.' It was still really remote, really far off the beaten path," recalls Erik Diamond, who was Quik's head boardshort designer in the U.S. during this era and was on that initial mission to G-Land. "At that time pro surfing was all about putting butts in the stands, but Bruce had a whole different vision."

Looking at the G-Land comp not just as another event but a whole experience, Quiksilver wrapped an entire clothing line around the concept. They dubbed it "Surfers Of Fortune" and had athletes like Kelly Slater and Tom Carroll rep the gear. They also produced exclusive surf films to accompany the events they'd run in 1995, '96 and '97-the first in the series directed by the venerable Alby Falzon of "Morning Of The Earth" fame. Australia has koalas, Java has big snakes and tigers. Tom Carroll getting to know the local wildlife at G-Land. - WSL / Eric Diamond

Before the Internet and social media became the lifeblood of surf reporting, the surf magazines were one of the only reliable sources for news and information, and the stories, photos and video generated at the events wouldn't hit the masses for a month or two until after the events ran, adding to the mystique.

"The whole roll out was really thought out and there was a lot of excitement around the project. And bringing the design team to G-Land, it really was a collaborative era with all these different amazing artists from around the world bringing their own thing to the table. I think we had one satellite phone in the camp and everyone got five minutes to call home and let their family know they weren't dead," Diamond continues. "By the time the events came around we had things pretty well in place."

Predating the concept of "The Dream Tour," the G-Land contest was a chance to finally see the world's best surfers in the world's best waves. Competitors all stayed in one camp closest to the point. The Quiksilver Pro G-Land set the stage for what would morph into the Dream Tour. - WSL / Eric Diamond

"It was a little more serious with all of the egos," Diamond describes.

All of the event staff and media stayed in another camp deeper in the jungle.

"There were no speed boats or helicopters from Bali, everyone had to take the old, sketchy ferry together. And every morning Rod Brooks would be on the P.A. saying, 'Gooooooood morning, G-Land.' Like we were in the movie 'Good Morning Vietnam'" he continues. "Every night at 5:00 the Aussies would have their gin and tonics and take their hydroxychloroquine for the malaria. We were living it."

"When I went to the contest that first year they told me they didn't have a spot for me to stay, but I could share a tent with my hero Jim Banks. So I go down this tiger trail into the jungle, like in the middle of the jungle, and I find Jim in this tent. He's sitting there, cross-legged, playing guitar…'Hello, mate,' he says. I didn't know if I could do three weeks in the tent with Jim and his guitar and eventually found somewhere else to stay," Diamond laughs. 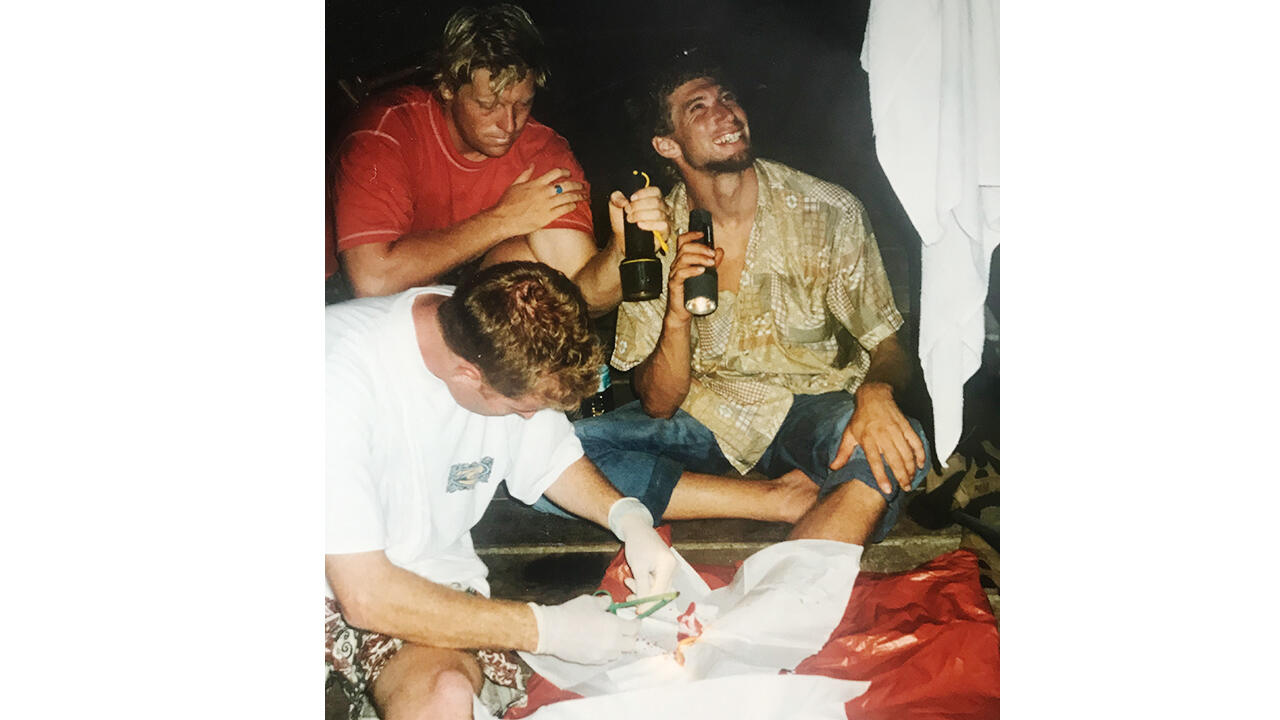 But even with the World Tour's best surfers focused on dominating the point, an underground charger from West Oz showed them all up when the swell came up that first year.

"This guy Camel was there. He was working as a cook or a boatman or doing odd jobs around one of the camps. But he was the guy when it got really big and heavy," Diamond explains. "Nobody really knew who he was, he just quietly charged. And I mean he's out there with Kelly and Jim Banks and Tom Carroll. It was rad. He ended up slicing his foot really bad and Dr. Dave Oats had to sew him back up."

The good times would roll at G-Land for three years before political unrest and a changing economic times in Asia but an end to the contest's glorious run. Quiksilver would simply relocate to Tavarua in the South Pacific -- an equally dreamy left-hand grinder.

In his rise to power, Slater won the first event in '95. Shane Beschen's tube prowess was on full display in a win over Gary "Kong" Elkerton in '96. And in '97 it was big Luke Egan's goofy-footer power approach at six-foot Speedies, riding boards crafted by his father, that took him to the top of the podium.

"It was just a really rad thing to be a part of," Diamond surmises. "From the stuff with Quik to watching all the guys charging this dream wave in the middle of the Indo jungle. It definitely wasn't just another surf contest." 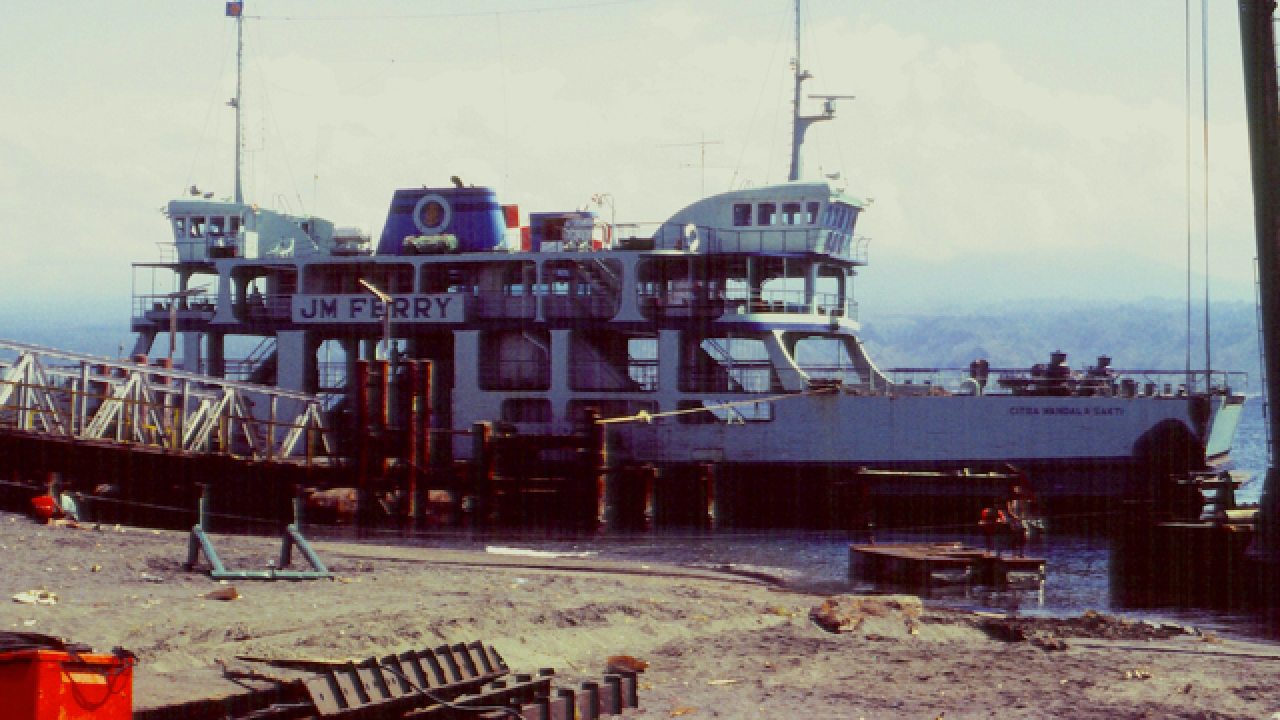 Before helicopters and speed boats, the old ferry was the only way to G-Land back in the day. - WSL / Eric Diamond