Of all the event venues on Tour, Keramas is the one that most readily conjures images in our collective minds of lofty punts and techical surfing. Even at its tiniest, the best surfers in the world are able to put on an entertaining show. The early rounds of the 2019 Corona Bali Protected saw a few high-scoring rides (Filipe Toledo's huge, 9-point full rotation) and a few upsets (Silvan Lima nudging out yellow-jersey-wearer Caroline Marks). But the action didn't stop once those jerseys were hung back up in the competitors' locker room.

The freesurfs at Keramas are arguably just as fun to watch as the event at itself and, lucky for us, SURFER staff photographer Ryan Craig was there on the ground to capture it all. Take a peek through the highlights below. 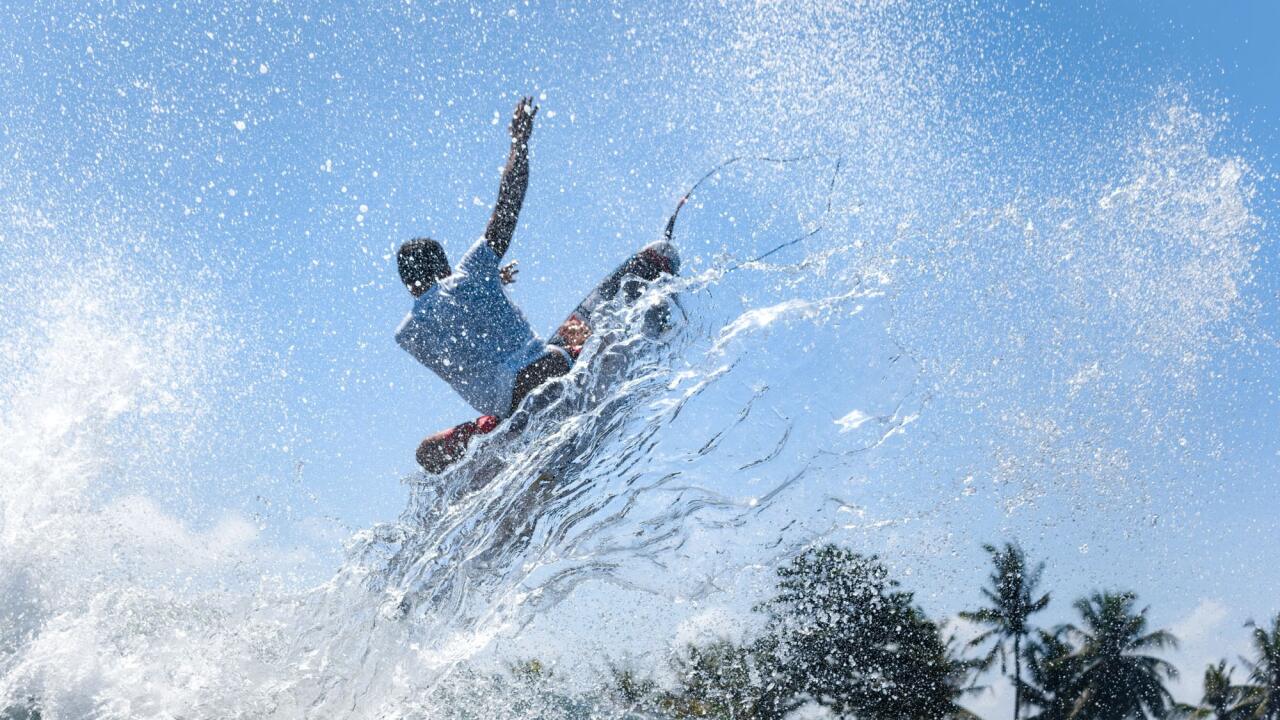 Zeke Lau is known for his heavy-footed power surfing, but the Hawaiian can also be light on his toes when the right section presents itself. - Ryan Craig 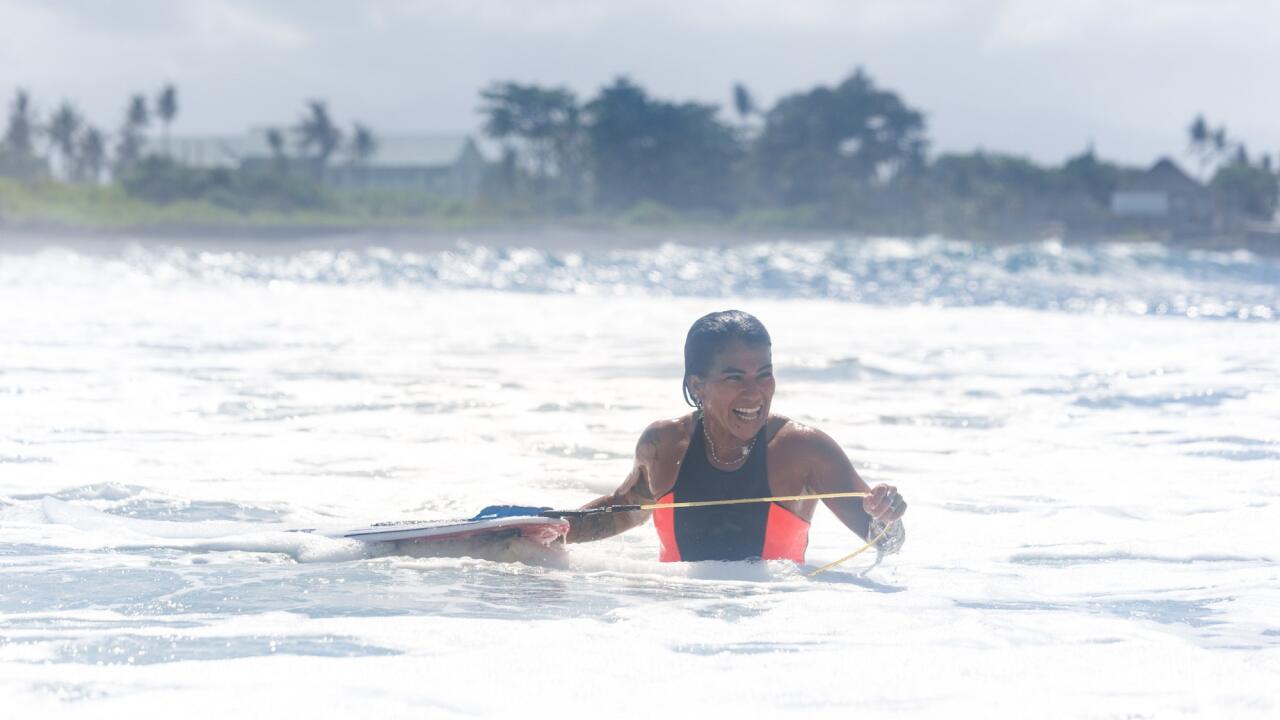 This is Silvana Lima's first time back in a ‘CT jersey since sustaining a knee injury back in 2017. And after taking down World No. 1 Caroline Marks in the Round of 16, it's clear she's back in good health. - Ryan Craig Red Bull Airborne series director Josh Kerr has been busy wrangling the bests aerialists in the world for their manuever-focused heats. Maybe he should've entered the competition himself, because he clearly would've given them all a run for their money. - Ryan Craig Griffin Colapinto, perfecting his rail game in preparation for his match-up against Conner Coffin when the competition resumes. - Ryan Craig With turns like this in his back pocket and an aerial repertoire he can pull from in his sleep, there's a good chance Filipe Toledo just might take the podium in a few days. - Ryan Craig 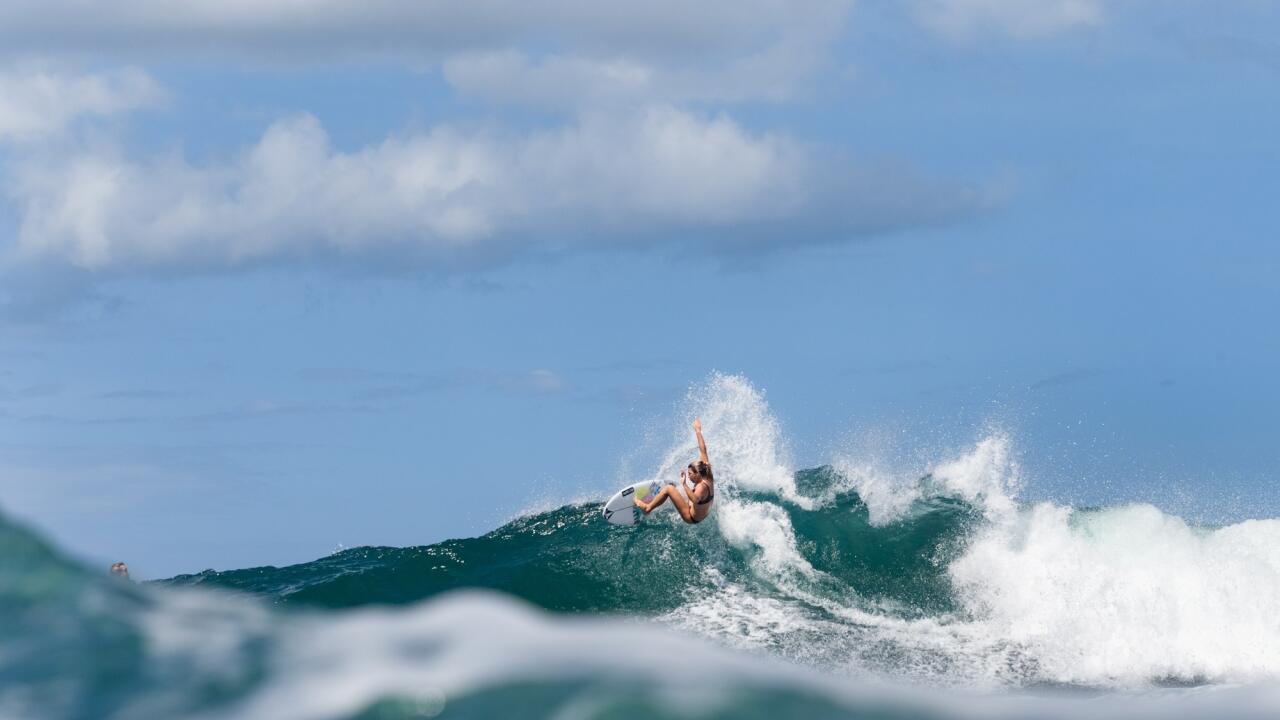 The ever-stylish Coco Ho bowed out of competition in Round 16 against Sally Fitzgibbons, but she stayed in the to watch her brother Mason go ham in the Airborne event-and to snag a few more rippable gems like this one. - Ryan Craig 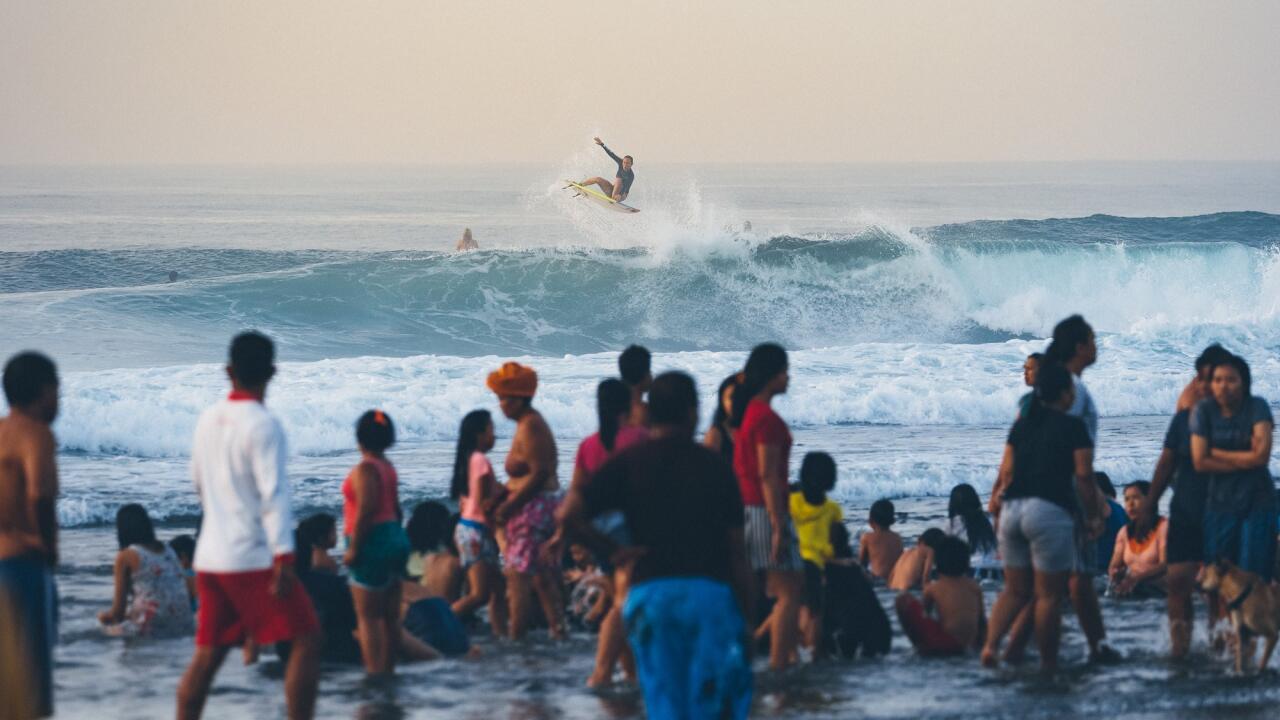 Hey Red Bull, can Carissa Moore get an invite into the Airborne event next time? - Ryan Craig 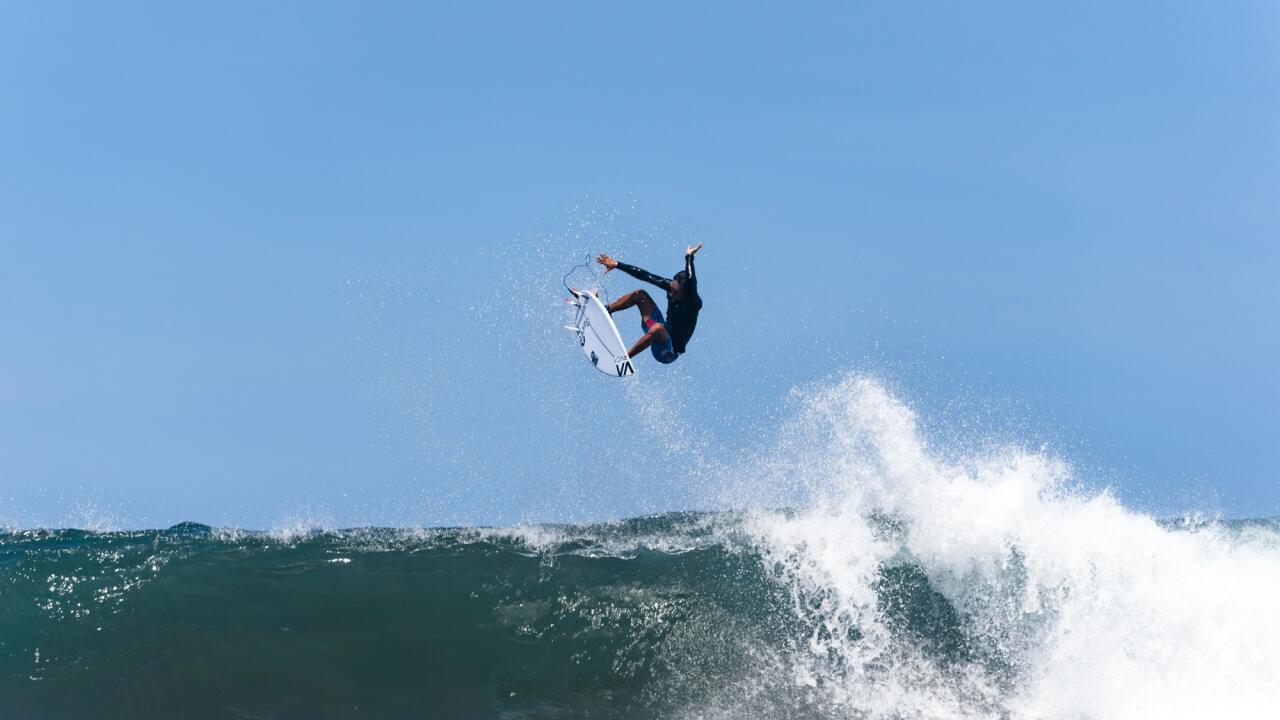 Local legend Betet Merta, having a go at a wave he knows all too well. - Ryan Craig