Brett Simpson has been named the head coach of the first-ever United States Olympic Surf team. Set to compete at the 2021 Tokyo Summer Olympic Games, the move expands his role with USA Surfing, where he had been serving as coach of the junior national program.

The U.S. Olympic team includes Carissa Moore, Caroline Marks, Kolohe Andino, and John John Florence who all qualified during the 2019 Championship Tour. They unanimously voted to have Simpson lead the team as they make their debut in Japan next year.

Simpson surfed his Rookie year on Tour in 2010 and continued his CT run for 7 years before beginning his coaching career. He's most known for his back-to-back wins at the Vans U.S. Open at home in Huntington Beach in 2009 and 2010.

With the Tour temporarily on hold, Simpson has been creatively training surfers in San Clemente, running mock-heats with Kolohe Andino, Ian Crane, the Colapinto brothers, among others. And last year he coached the U.S. junior national team to a gold medal, as well as the national team to a silver medal.

As one of the most accomplished and well-respected surf coaches, Simpson is now setting his sights on bringing home the first Olympic Gold Medal in surf history. 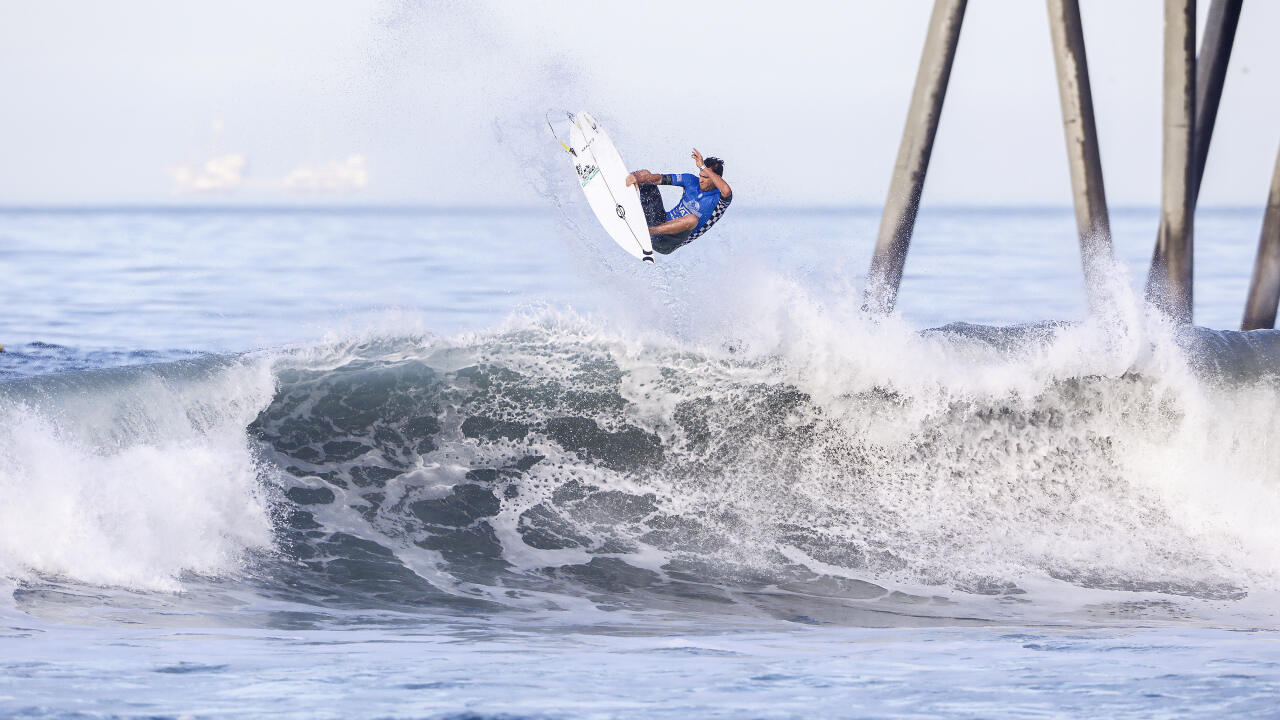 Brett Simpson completing at the Vans US Open of Surfing in 2017. - WSL / Sean Rowland