This morning, Caroline Marks announced her feature in the new 2020 Sports Illustrated Swimsuit Issue, along with Courtney Conlogue and Malia Manuel, all receiving this long-running accolade for influential women in their space.

According to Marks' Instagram post, the Sports Illustrated shoot took place in Providenciales, located in the Turks and Caicos Islands, southeast of her home of Florida.

Besides modeling their sponsors' suits, these three also got to have fun with fashion brands like Gucci, Versace, and Agent Provocateur. You can see all the photos of the three CT surfers, as well as the rest of the models, on the 2020 Sports Illustrated Swimsuit Model page.

"So excited to be included in the Sports Illustrated Swimsuit 2020 Issue! My favorite thing about sports illustrated is that they support so many diverse types of women and it's an honor to be a part of that," Marks posted.

Marks is the youngest surfer to ever qualify for the women's Championship Tour. In 2019, she also became the first surfer to win the equal-pay purse at the Roxy Pro Gold Coast.

After a hard-fought season, Marks nearly became the youngest female surfer to win a World Title. She ended the year ranked number two in the world and qualified to represent the United States at the Tokyo 2021 Summer Olympic Games alongside teammate Carissa Moore. Courtney Conlogue is best known for her gritty determination, incredible work ethic, and an arduous pursuit of perfection that may never be obtained. - WSL / Laurent Masurel

Courtney Conlogue is a US Open of Surfing champion, and a two-time runner-up to the World Title (2015, 2016) with a deep love for the ocean. She's best known for her gritty determination, incredible work ethic, and an arduous pursuit of perfection that may never be obtained.

Malia Manuel burst onto the pro surfing scene as a 14-year-old prodigy in 2008, when she became the youngest surfer to ever win the US Open of Surfing. Her surfing is upbeat and stylish, and matches her personality in both its elegance and authority. Manuel won the WSL Rookie of the Year honor in 2012. 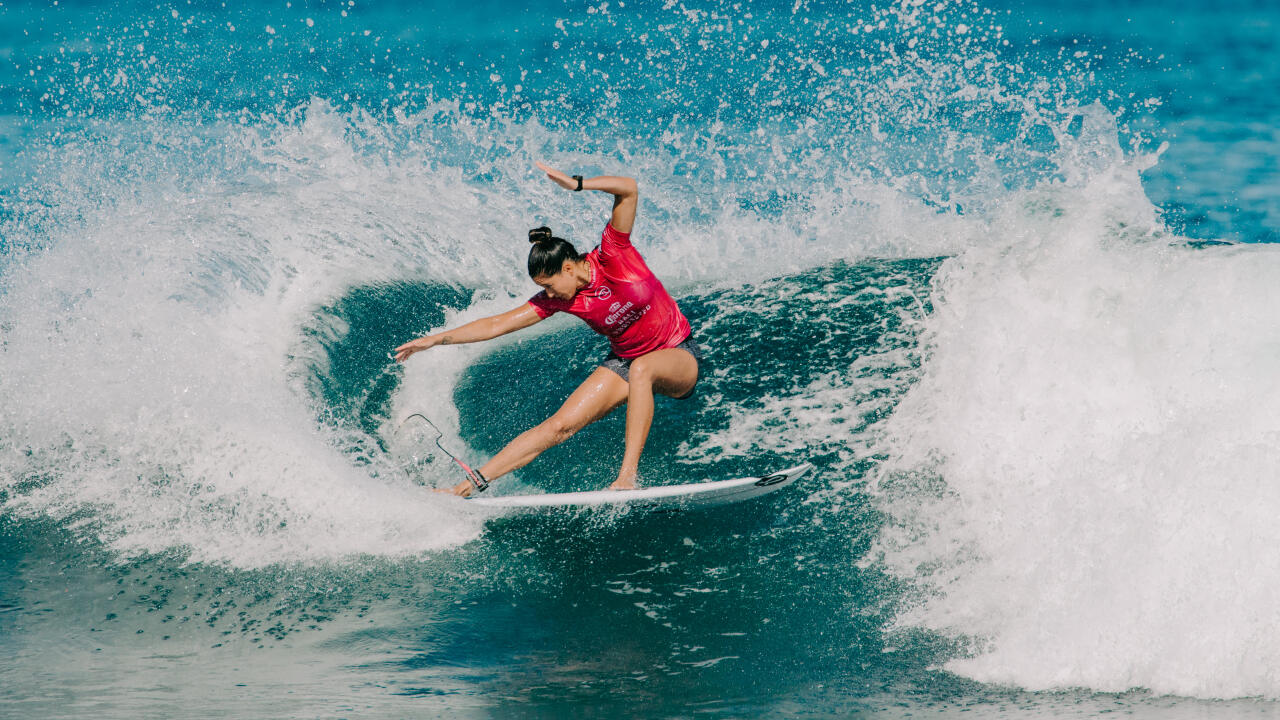 Malia Manuel's surfing is upbeat and stylish, and matches her personality in both its elegance and authority. Manuel won the WSL Rookie of the Year honor in 2012. - WSL / Cait Miers

But SI isn't the only game in town as Stephanie Gilmore, Coco Ho, Lakey Peterson, Laird Hamilton, and 11x World Champion Kelly Slater have also participated in the ESPN Body Issue, which showcases the unclothed bodies of the world's greatest athletes.

Surfers celebrate and portray the athleticism of surfing in a healthy, empowered light as they continue to grace the pages of these iconic brands in their franchise publications.

Plus, who better to be in a swimsuit issue than a surfer, right?