I was immediately struck by how understated Laura Macaulay was when I asked her about surfing The Right. The Right is a wave in the Western Australian southwest that has been pioneered by a cluster of die-hard chargers who fly under the radar while exploring the wild, exposed coastline.

The spot was thrust into the limelight after making a magazine cover a decade ago and has since become a yardstick for the big wave scene, as one of the heaviest waves in Australia. As women's big wave surfing grows and the Australia's southwest continues to cultivate some of the world's hardest chargers, Gracetown's Macaulay became the first woman to make a wave at The Right.

We caught up with her to discuss moving from the QS to chasing waves of consequence, her background surfing in Western Australia, that epic session, and more:

How do you move from being a ‘QS surfer into surfing bigger waves? Macaulay: It started when I started studying physio in Perth and I'd stopped doing the ‘QS and wanted something to work towards. I grew up surfing North Point and obviously The Right is a step up from North Point but a lot of the guys surf both. I thought it would be cool to work toward that. Four years ago, I got a tow board made up and then I got a vest and since then have tried to learn a little bit. Some guys took me out in Gracetown just trying to practise getting towed into different waves and to get used to the jet ski a little bit more. At the start of last year, I went with one of my friends just to watch it, sat out there and watched it and then the next time I went I surfed it. It's been gradual. It's so fun to try and push myself and have something to work towards, even if it's different to competitive surfing. 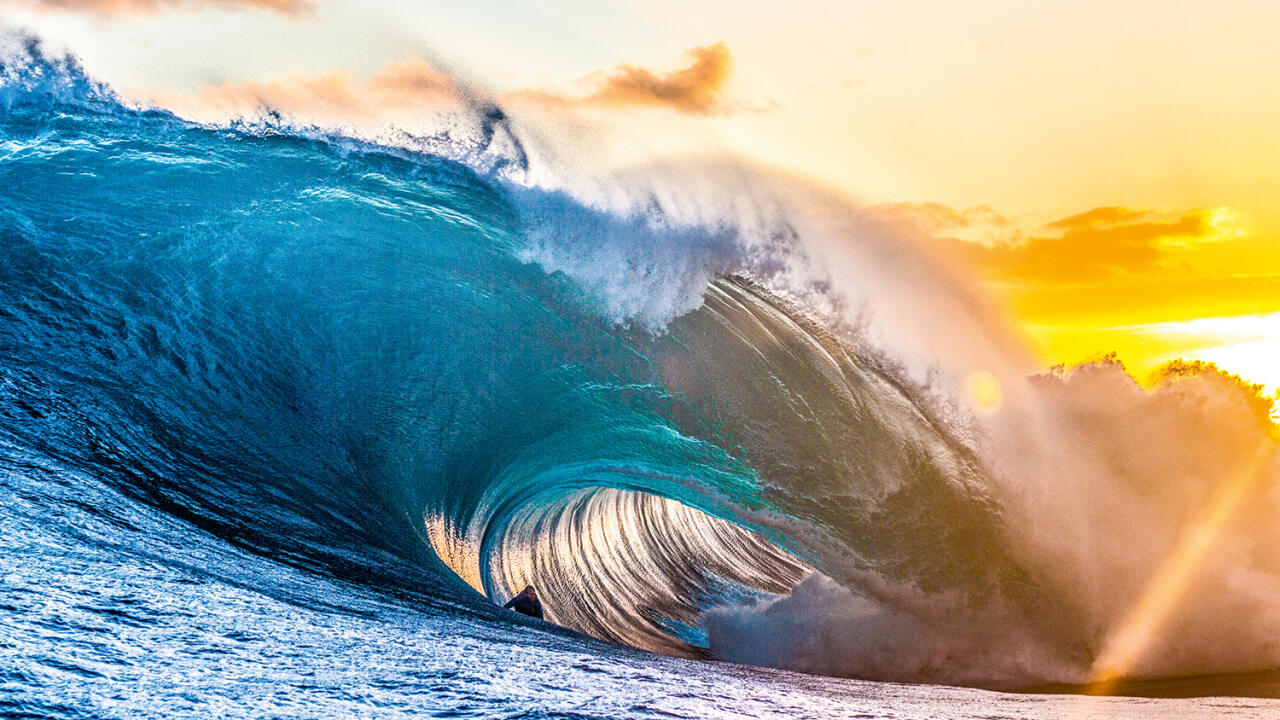 Mark Mathews on a deceptively beautiful day at the Right in Western Australia. - WSL / Jack Sherrifs

How do you prepare to surf a wave like that? Growing up down here, surfing spots like North Point, you get to surf waves outside of your comfort zone all the time. The Right is different. When I first went there I was like, ‘whoa' - the way it breaks is a big step up from North Point. I also did a three-day course to learn the different cues you go through if you wipe out and what it means. I think that helped me at The Right because I've only had one wipeout there but instead of panicking you're listening to where your body is at and how much oxygen you might have left. I think that's helped me a lot. It's easier to panic if you don't know what's happening.

How were you feeling when you arrived at The Right? I actually get really sea sick, which is annoying. It was a really good day and everyone was surfing and I was just watching it and then I started spewing up so my friend took me into the beach to reset. As soon as I got out they told me to go on the rope and it was good because I didn't overthink it. I was feeling good and wanted to make the most of it rather than sitting there watching for ages and getting more nervous. That day I surfed later and heaps of the guys had already had a surf and then it sort of started pulsing and there were some really, really good ones but it wasn't too crowded. Each wave you get everyone can see you clearly so you get heaps of feedback straight away. It's pretty good for learning because straight away you know what you have to remember to do things differently.

How did you feel waiting for your first wave? I think I felt ready. It could be so hectic out there, but I felt like I was ready to try because I'd taken a few steps to try and get out there. I think you can end up in a hectic situation and you might not be you that something happens to. If someone is trying to help you and then something happens - I feel like you have an obligation to try and do all those steps, to prepare as much as you can so you don't put anyone else in a hectic situation.

What was the vibe like out in the water with everyone watching? Everyone out there is really encouraging for each other. The times I've been out there, everyone has been really good and positive. It's lots of guys who I've known growing up - lots of guys from Gracetown had been out there so that was cool. I think everyone is just happy to see other guys get good waves and be safe. It seems like it's a pretty good atmosphere in the water and it feels nice to be out there and everyone's happy for each other.

What was your wipeout like? It was pretty bad. The swell wasn't really the right direction, but I just wanted to go down any chance I got, to learn. When the swell's that direction [the waves] kind of fold in front of you. So, I got one and it started folding in front of me. I was pretty lucky because I didn't get hit bad. I knew it was coming and got bowled over by the whitewater. It would definitely have been the longest one for me in my life and it was deep, but compared to what can happen out there it wasn't too bad. It was useful knowing those cues from my body to know how long I'd been down for. I was really lucky because Zac (on the ski) did a really risky rescue and grabbed me right before the next wave. I just came up and there as another wave right there. He put himself on the line which was really cool of him. I wasn't very good at following instructions because I think I was a bit low on oxygen. He yelled, "grab the ski" and I just didn't do anything so he sort of ended up grabbing me. It was really nice of him to do that because I would have had another wave straight away and it would have been a bit harder to handle.

Why do people get so hooked on big wave surfing? You always want to push yourself. It's definitely a way to do that and put yourself out of your comfort zone. I think also because [The Right] is such a good wave for how big it is. If the swell direction is good and the wind is good there aren't many waves in the world like that. So, we're so lucky to have that here. I don't know, it does overtake your mind a little bit. I work fulltime and most days it crosses my mind. There are not many days throughout the year or heaps of opportunities to get out there so if there is you want to make the most of it. It's kind of like, you don't want to miss out.

Is it significant to be the first woman to surf that wave? I feel sort of bad because I think that other guys deserve way more recognition than me, skill level wise. I feel like in terms of equality I shouldn't really have any recognition because if we're equal then lots of guys have obviously done way better than I have done there. It feels funny in that way. It's really nice to be recognised and I appreciate it so much but I also feel like a lot of the guys are so much more skilled than I so they deserve more recognition than I do. I don't think any of us are going out there to get recognition in any way, we just want to do it. Try to push ourselves and have fun with our friends.

How does growing up in Western Australia lend itself to surfing bigger waves and to eventually surfing waves like The Right? Like a lot of things, it's being a product of your environment. Definitely growing up I found it hard to surf little beach breaks. I always felt more comfortable in bigger reef breaks. With reef breaks you find your lineup and you sit there, so in beach breaks I would do that. I think because I'm natural footer I was drawn more to North Point because that's on my forehand and it's the same with The Right. I thought: ‘maybe it's possible' because I'm on my forehand. Obviously, you can surf it on your backhand as well but I felt like it might be possible if I practise and work toward that. Especially with our family, we all grew up surfing and we really love it. One of my friends said to me, ‘there's no worse feeling than not going.' You'd rather have a wipeout than pull back. I think the best waves I've had growing up were when the wave before I'd pulled back but then the next wave you definitely have to go even if it's hectic. It's just part of growing up here I think, and most people have the chance to surf bigger waves and get more comfortable in it. We're lucky, lucky to have that all here.