Unless you've been waiting out the pandemic off grid (or have somehow missed the smokey air that's created hazy skies in Oregon, Idaho, and even Utah), you're probably aware of the fires currently devastating Northern California's Bay Area. As of this morning, the three largest fires, the LNU lightning complex fire burning in the Napa/Sonoma wine country, the SCU lightning complex fire threatening the San Jose area, and the CZU lightning complex fire just north of Santa Cruz have devoured 1.2 million acres, according to the Cal Fire website. That's larger than the state of Rhode Island. Triggered by what is being referred to as the "August Lightning Siege," which started on Saturday, August 15, and rained down nearly 12,000 lightning strikes in under 72 hours, these three fires alone have destroyed more than 1,000 structures and forced over 100,000 residents to evacuate.

If you're a surfer, especially a California surfer, you're probably keeping a close eye on the fires ravaging the real Surf City U.S.A., Santa Cruz, where the situation is becoming dire. There, the CZU lightning complex fire has burned nearly 79,000 acres, destroying 319 structures and killing one person, according to local media. Authorities are asking visitors and tourists to leave the county immediately to free up space in evacuation centers, so planning a surf trip to Santa Cruz probably shouldn't be in the cards for anyone right now. 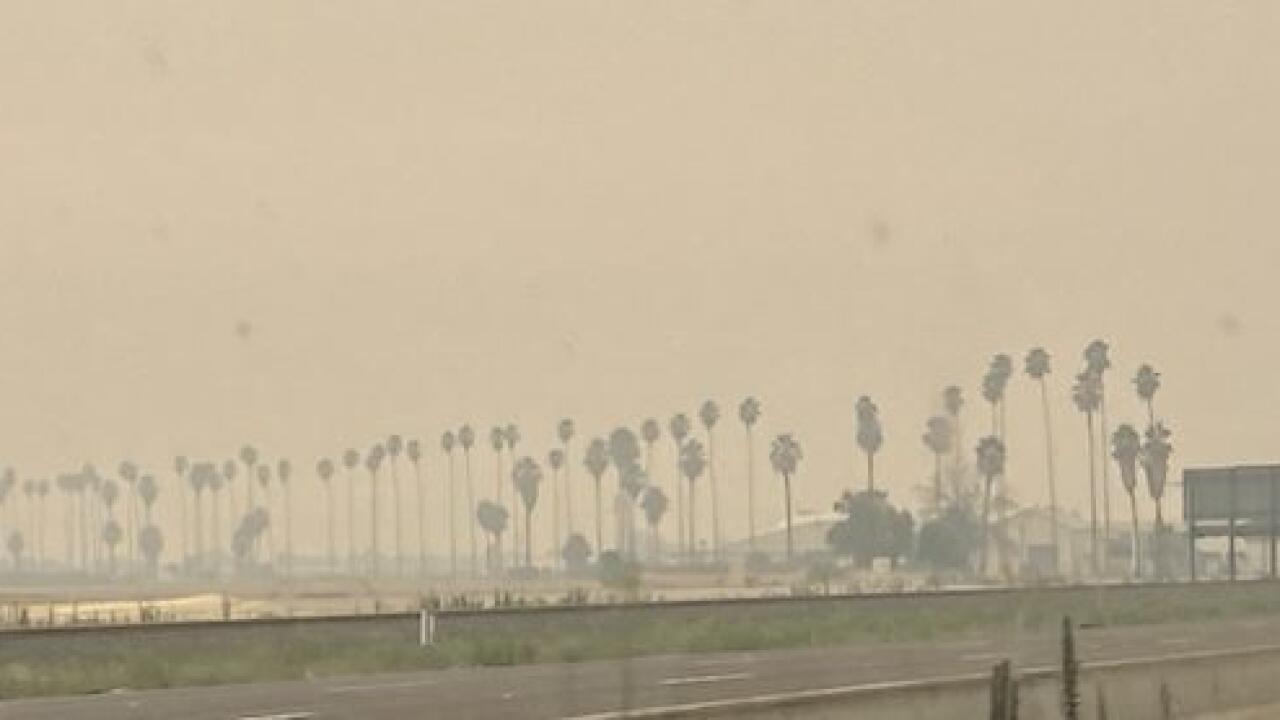 California fires have clogged the skies from San Francisco to the Pacific Northwest and beyond. - WSL / Will Sileo

As a Californian and Bay Area resident, fires, along with droughts and the impending doom of earthquakes, have always been something that comes with the territory. It runs counter, I suppose, but it's just part of the laid back "enjoy life" attitude so stereotypical of Californians. That being said, this feels different. Maybe it's the fact that this is coming in the middle of the COVID-19 pandemic, or the dramatic way that these fires started, but in any case, it's hard not to feel like the apocalypse is upon us. Fire season is here, and it's only August, a harsh reminder of climate change - one of those things that gives you pause having grown up in the Golden State (sometimes the "laid back lifestyle" isn't so laid back). This really hasn't been our year. Humanity could certainly use a good surf session right about now.

As I write, the Woodward fire is burning just eight miles from my home in Stinson Beach. Triggered by the same historic lightning siege, the fire is too small and too remote for the sort of national attention that has been given to the larger Bay Area fires. As of this morning, it has burned about 2,500 acres and is at five percent containment, according to Cal Fire.

Despite the wildfires, this past weekend still saw crowds at the beach, and it's hard to blame them: onshore breezes have pushed the smoke inland to the East Bay and beyond, clearing the skies here on the coast. Normally, we'd all be celebrating the nice weather in the Bay Area. But most everyone I know is praying for rain.