When it was announced last year that Teahupo'o will be the official venue for Olympic surfing when Paris hosts the 2024 Summer Games, those familiar with the sport understood the logic of the decision. Hosting competition at a world-class wave represents surfing at its highest levels, and as much was noted when the announcement was made in December.

"For us, Tahiti represents the authenticity of our sport and the ISA's mission to celebrate surfing's unique culture and lifestyle, while also recalling the long history and heritage of our sport from its Polynesian origins," said International Surfing Association President Fernando Aguerre. "Ultimately, our commitment is to the athletes and the sport and we have no doubt that Teahupo'o will offer an amazing platform for the world's best athletes to shine." And while the people of the village of Teahupo'o are delighted and support hosting Olympic surfing, they're also worried about the impact it will have on their home. Residents of Teahupo'o have formed the group Mata Ara Ia Teahupoo 2024, citing a lack of transparency from public authorities and not being consulted by them about the infrastructure it will require to host the games. The necessary developments, they say, will impact their home long after Olympic surfing has left Tahiti.

"Ecology, the environment, and the principles of sustainable development will be at the heart of the Teahupo'o project," President of French Polynesia, Edouard Fritch said in March. "The 2024 Olympic Games will be a great opportunity to strengthen the promotion of sustainable development. The facilities will be useful after the games," he declared, calling the world-famous wave "a gift from nature."

"Polynesians have a duty to preserve this gift. This preservation involves respect for the site's ecosystem, in particular through the preservation of the reef coral, lagoon, (and) river of terrestrial and marine biodiversity. In summary, to be sustainable, the competitions and the organization of the 2024 Olympics will adapt to the site of Teahupo'o and not the other way around. The naturalness of the Teahupo'o site will be preserved as much as possible."

"We do not want our little piece of paradise to be devastated. We want to continue to live in harmony with Mother Nature," says Tahurai Henry Photo: Romuald Pliquet

Many of the locals, however, believe the only true part of that statement is acknowledging the government's ambition to transform the wave into an economic product - something that's already been happening for two decades without intervention from the public authorities. The local community has already adapted well to hosting elite competition, with the presence of the WSL and an annual CT event already in place. 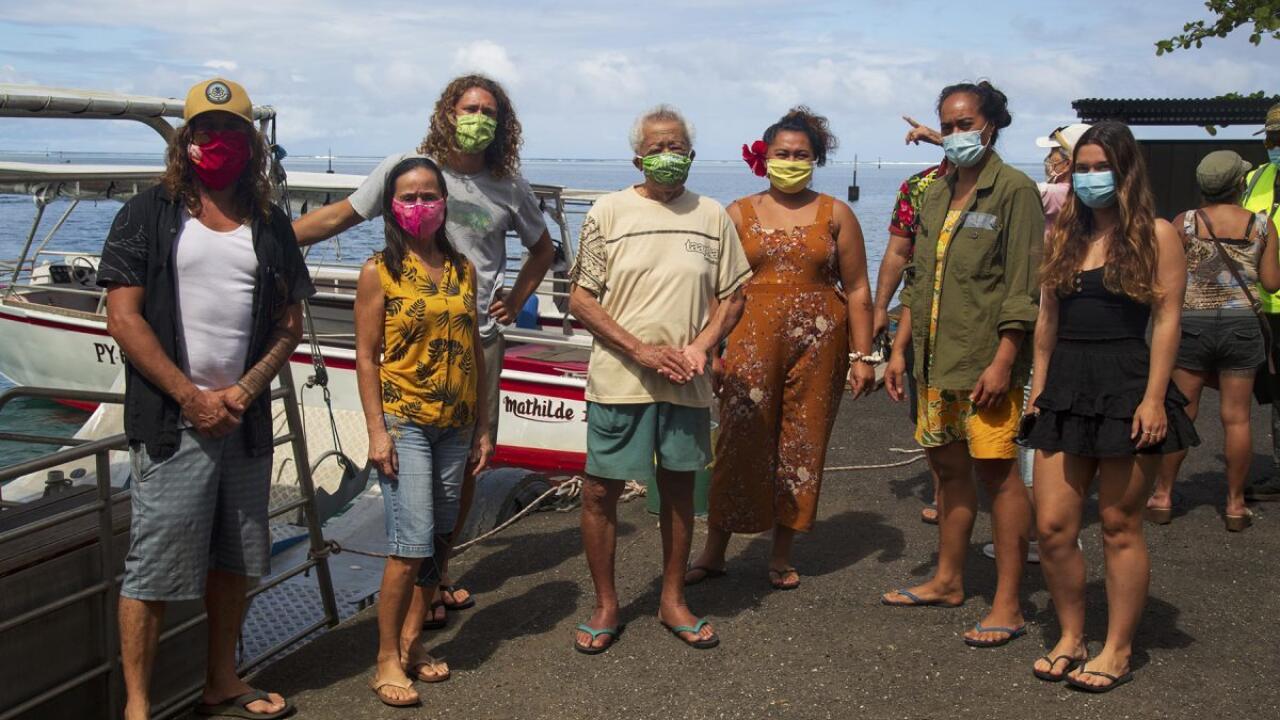 'We do not want our little piece of paradise to be devastated. We want to continue to live in harmony with Mother Nature,' says Tahurai Henry - Romuald Pliquet

"We do not want our little piece of paradise to be devastated. We want to continue to live in harmony with Mother Nature," says Tahurai Henry, a native of Teahupo'o and one of its longtime regular surfers. "A part of me was proud when I heard Teahupo'o was selected for the Olympics Games but quickly, I was upset about the future [infrastructure] such an event requires."

As a representative of Mata Ara ia Teahupo'o 2024, Henry says the group's objective is to be included in decisions about the infrastructure that will be put in place. Developments to support the 10 days of competition could reportedly include two-lane roads, a car bridge, a suspended beach to accommodate the public, the development of car parks, floating pontoons, floating bleachers, scaffolding to support 200 officials, the digging of a channel to reach the scaffolding, an Olympic village of 24 housing units, a sports hall, helipad, and mooring area.

"We have a wonderful playground for our children and we don't want all of this to be touched. Our rivers are clean and we are afraid of a potential change because of these Olympics," Henry says. "It's us who live with it before and after for only a few days of competition."

The vast majority of people living near Teahupo'o have expressed disagreement with developments that would urbanize their home, risking the tranquility that prevails in their small village for what could become a permanent tourist frenzy. According to Mata Ara ia Teahupo'o 2024, the community wants to preserve the environment - the one that gives Teahupo'o its charm. Composed mostly of extended families, the people that live there all know each other. They share mutual respect and help one another, and the international tourists and surfers who visit Teahupo'o are treated to this same experience, all fueled by a connection between man and earth. For decades, the people of Teahupo'o have been welcoming visitors with this same spirit, and now they simply want to do so while preserving their home. So the village of Teahupo'o wants its voice to be heard.

As Tahurai Henry points out, "If we think there are some problems, we want to give some solutions. We want to work together because we think that the people who deserve to participate in this event are, first of all, the people of Teahupo'o'."

Editor's Note: Romuald Pliquet is a photographer based in France and Tahiti.