Two-time World Champion Gabriel Medina tied the knot with girlfriend Yasmin Brunet at the end of the year during his time in Hawaii, but just released a tribute to their love via his Instagram account.

"I made this short video for the woman of my life, simple but means a lot," shared Medina to his 8.4 million followers. In the video, the newlyweds show off their new wedding rings and recent adventures together.

According to Brazilian reporter Leo Dias, the couple was married in a ceremony that was carried out according to Hawaiian customs without the presence of family or friends. The couple have been living together since the beginning of quarantine.

On February 2nd, Brunet adopted Medina's last name on her Instagram account. Prior to that, the couple spent time together in the Maldives and were reportedly together for about a year before they decided to exchange vows.

Medina is by far the most popular surfer on the Championship Tour today according to his enormous social media following, and he is set to represent Brazil at the Tokyo 2020 Summer Olympic Games re-scheduled for this summer. 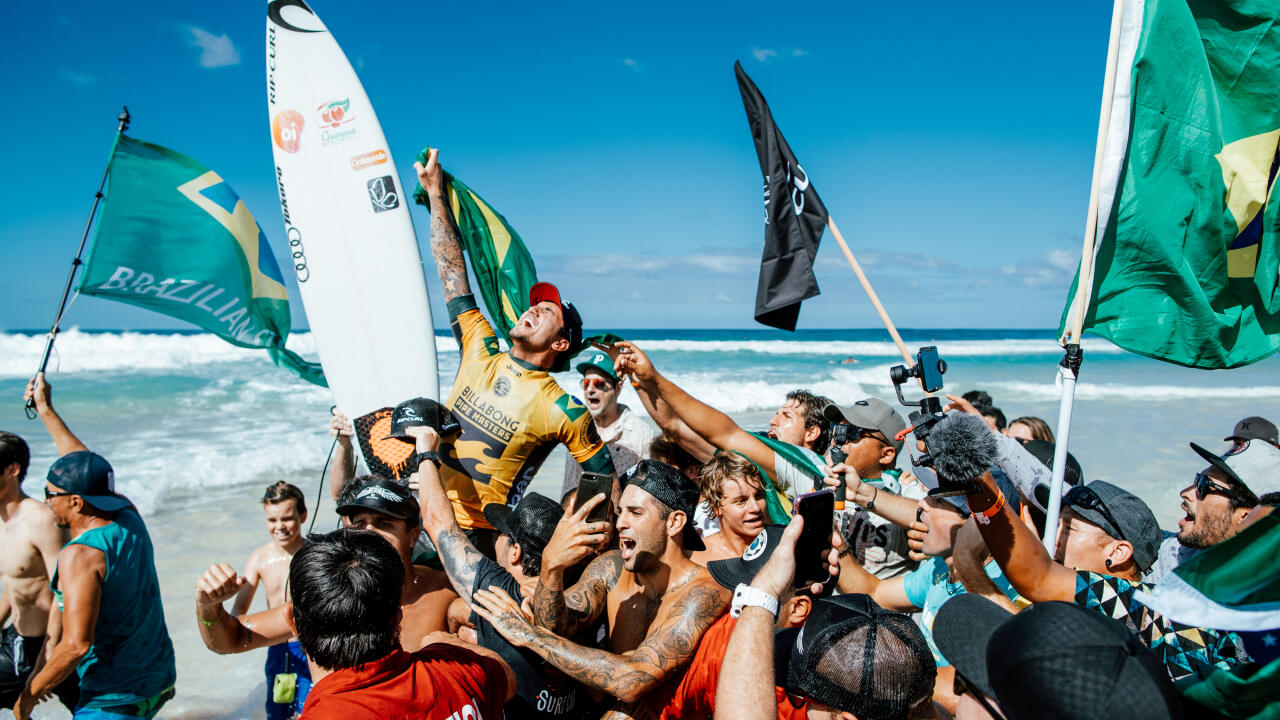 In 2018 he earned his second World Title and first Pipe Masters in one of the most action-packed days of surfing. At home in Brazil, the handsome dark-haired goofyfooter is considered a national hero thanks to the World Titles he delivered to the proud surfing nation in 2014 and again in 2018.

His rowdy homecoming to São Paulo was national news, and to this day Medina has a tough time going anywhere in Brazil without being recognized. Now paired with Brunet -- an actress and model who has appeared in numerous magazines and films in her career -- the two will be quite the high-profile power couple in Brazil.