Two years ago, Reef Heazlewood was virtually unheard of. He launched (quite literally) into fame with two massive frontside airs on Oahu's North Shore that went viral.

A couple of days later he was dropped from long-time sponsor Billabong, but rather than let the news drag him down he kept impressing everyone with his performances in Hawaii including a third-place finish at the Volcom Pipe Pro.

Despite being sponsorless, he took that momentum back to Australia, blitzed the trials of the 2019 Quiksilver Pro Gold Coast, and scalped world title contender Julian Wilson in his first CT event as a wildcard. But he wasn't finished. He continued to make big statements finishing runner-up to Italo Ferriera at the Red Bull Airborne event at Duranbah.

He immediately inked a deal with Hurley and was gifted a wildcard spot at the Rip Curl Pro Bells Beach. After a whirlwind six months and mainstream attention, he finished the year ranked 29th on the QS and brimming with confidence. 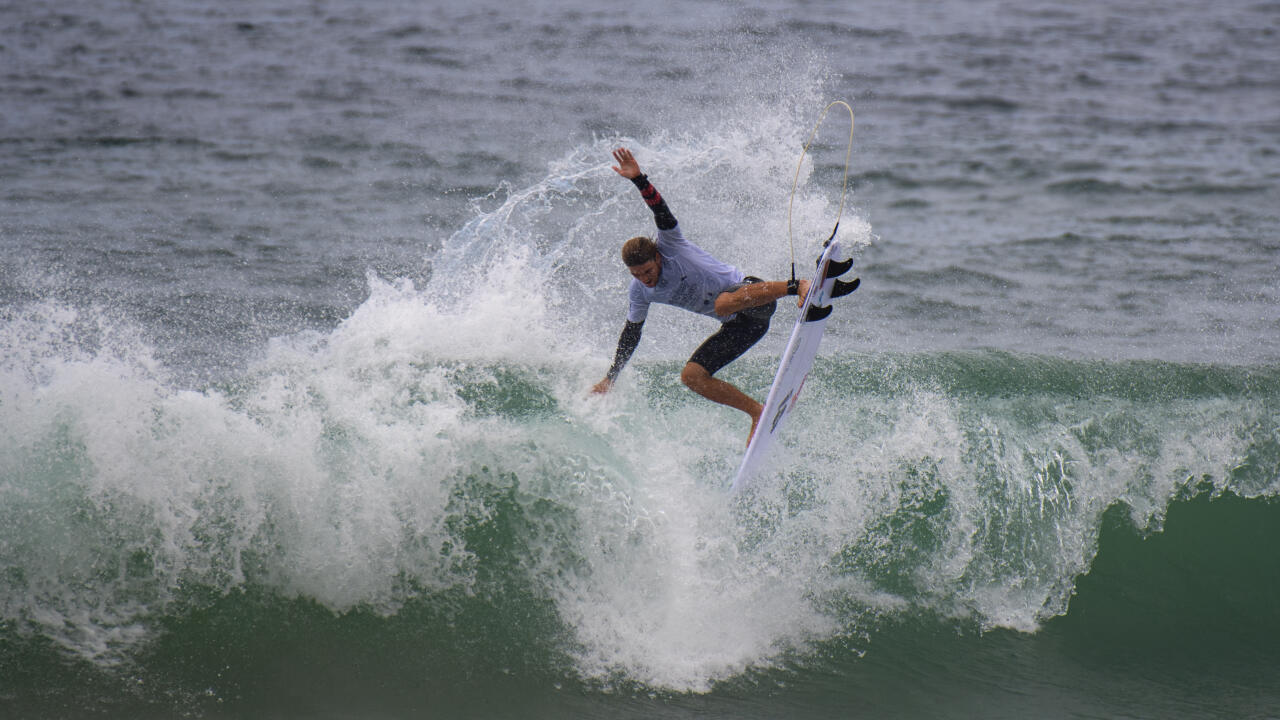 Fast forward to 2020 and Heazlewood had all but dropped off the map. After the Sydney Surf Pro at Manly, the Sunshine Coast phenom suffered a shoulder injury that required surgery and a long stint out of the water. While his peers were stacking clips and working on edits, the 21-year-old was forced to watch on from the sidelines.

"Oh, I wanted that to be me so badly, but everyone I see that gets injured comes out of it stronger so I just had that in my mind the whole time and it was almost the same thing when I lost my sponsorship with Billabong, I just wanted to improve myself as a person so that sponsors could see that as valuable time well spent," reflects Heazlewood.

The time out of the water gave Heazlewood plenty of time to process his quick ascent and helped him discover how to ride the highs and lows that all athletes face at some point in their career.

"I think it's something I'm still learning at the moment," he says. "You have ups and downs and you try to bring the lows up a bit higher so they're not huge lows. You are going to have big highs so it's just about realising that and knowing you'll be coming down soon.

"You kind of just have to be prepared for the situations and I'm getting better and reading those moments and being prepared through the experience I've been gaining in the past couple of years."

Eight months on since he had shoulder surgery, Heazlewood is fit, healthy, and fired up having spent the past month on the Gold Coast, sharpening his surfing act in preparation for the Australian QS campaign, which has kicked off with the Great Lakes Pro at Boomerang Beach. Heazlewood has rolled into the Round of 32 (as of press time).

"I've spent quite a bit of time at the High Performance Centre with my coach Mark Richardson working on heat strategy and doing some ski whip ins and really making sure my surfing has been improving," says Heazlewood.

"It's been pretty jam-packed the last two months but I feel like it's really sharpened me up. I'm pretty confident and ready to get back into contests and looking forward to it."

The similarities of the peaky Sunny Coast beachies Heazlewood grew up on and Boomerang is also an advantage as he attempts to qualify for the Challenger Series and push hard for qualification on the CT this season.

"I've done the Boomerang event for the past couple of years and the waves have almost always been pumping every year and it's an event I'm always excited for." More than just an air guy, Heazlewood can play the power game too. - WSL / Laurent Masurel

The Great Lakes Pro runs between February 16-19, with the final two days streamed live on WSL.com