As a surfer, sailor, paddler and lifeguard Maddie Anzivino has seen and done a lot in her 28 years. A member of the small but elite group of just nine women patrolling some of the busiest beaches in Honolulu, she's turned saving lives into a career and hopes other young women will follow her lead.

A guard for the City and County of Honolulu, a graduate of the University of Hawaii, a contestant in the RedBull Magnitude Big Wave event, which showcases the best of female big wave riding in Hawaii, it's impossible to say where she'd be if the ocean hadn't been such a critical part of her life. 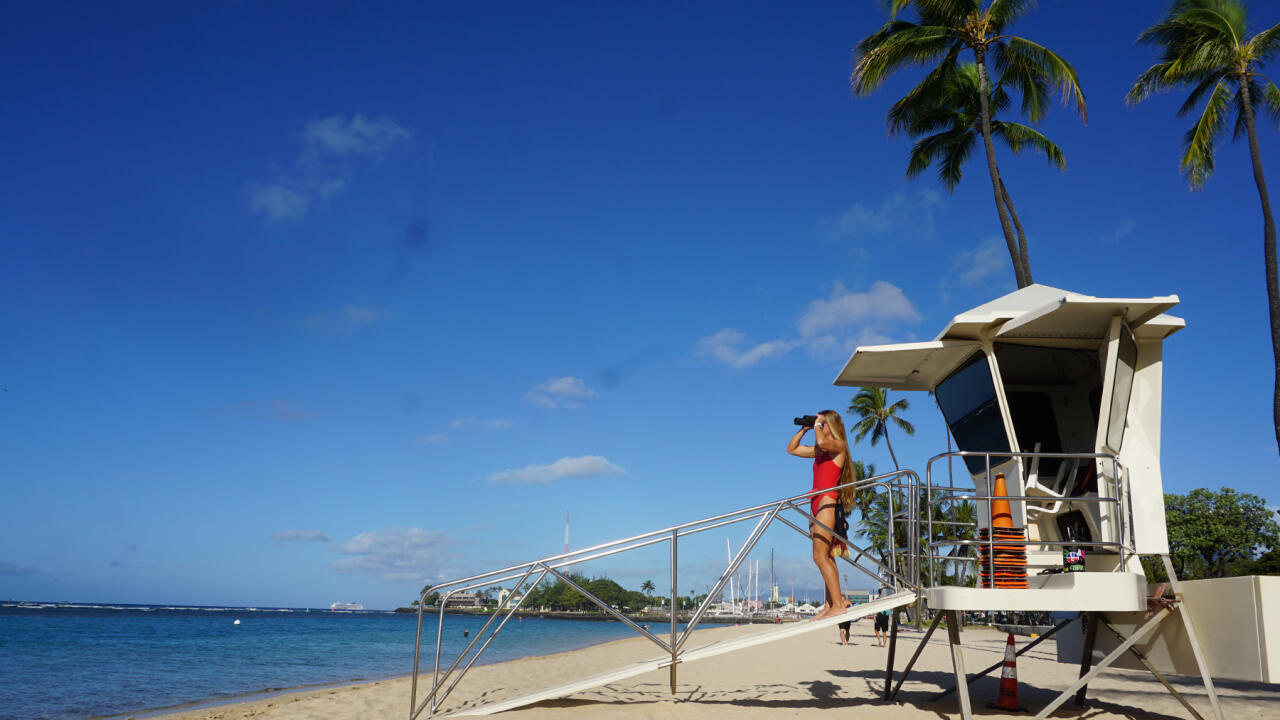 "I was raised by my mom who was a strong, independent woman," said Anzivino, whose father left the family when she was still just a toddler.

Raised with her sister in the L.A. town of Torrance, which borders Manhattan Beach but, unlike Manhattan, boasts a crime rate 66% higher than comparable cities. There, the two girls were raised by their hardworking mom who labored tirelessly simply to make ends meet.

It wasn't easy. There was plenty of hardship to go around for the struggling family of three.

"She spent a while rebuilding and trying to get-by being a single mom with two kids, so she went back to school and became a nurse practitioner so that she could have more money to bring in," Anzivino explains. "She was very strong-willed and also very stubborn. And she wouldn't take anything from anyone … and she didn't put up with anything."

Growing up in this estrogen-heavy environment taught Anzivino the value of hard work and dedication.

"I just always thought of women as being strong and equal," she continues. 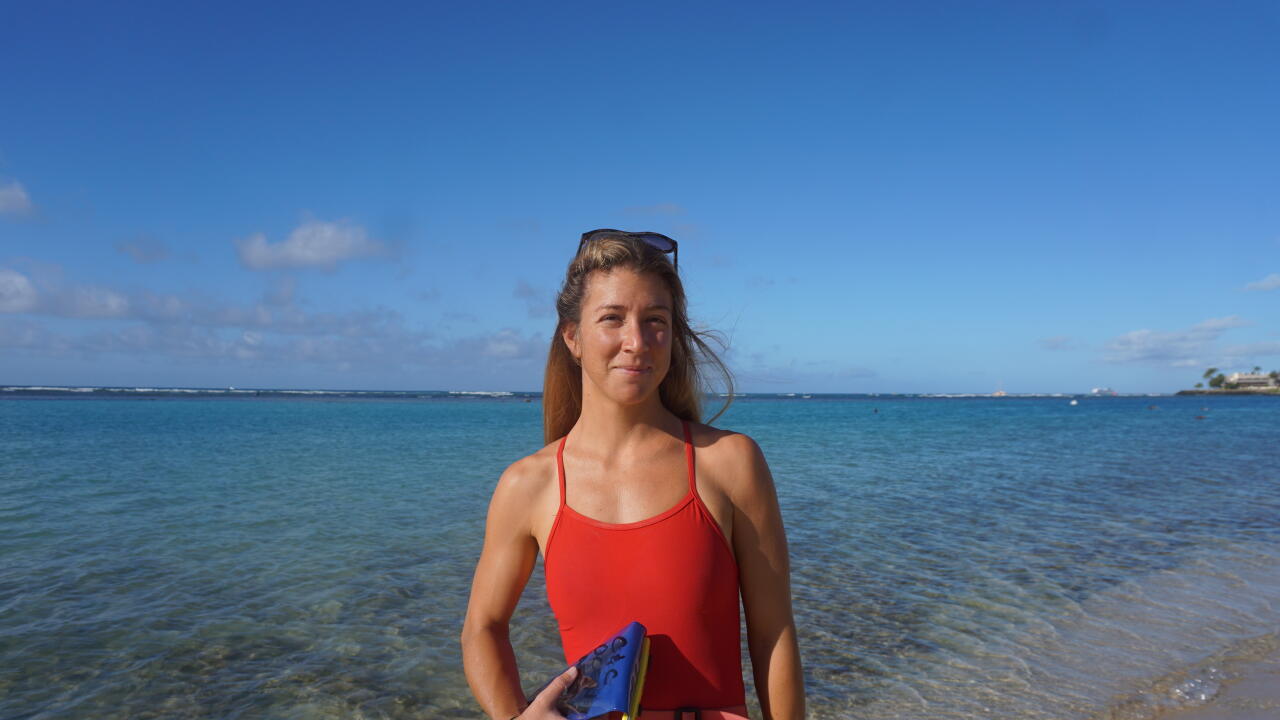 As a skilled waterwoman, Maddie earns a livelihood saving others from the ocean. - WSL / Cayla Moore

But there was a dark side. On February 9, 2018, Anzivino's world was shaken to the core and the course of her life altered forever. At just 57, her mother died suddenly from a heart attack caused by liver failure, a result of years of dealing with the demons of addiction.

Anzivino spiraled from the sudden loss. Hopeless and reeling from shock, the surfer soon found herself in the throes of depression.

"I was so angry and sad and just blank and broken. It was like nothing I've ever gone through before. I was really depressed. I gained weight because I was only eating chocolate. And I had suicidal thoughts running through my head at the time," she confesses.

Gutted and completely disconnected from the world, Anzivino turned to the ocean as an escape, grabbing her board and paddling out whenever she could.

"Once it started to get a little bigger, I just didn't even care. I was like, ‘Whatever. Screw all this,' and I'd paddle out when it was breaking big and scary." 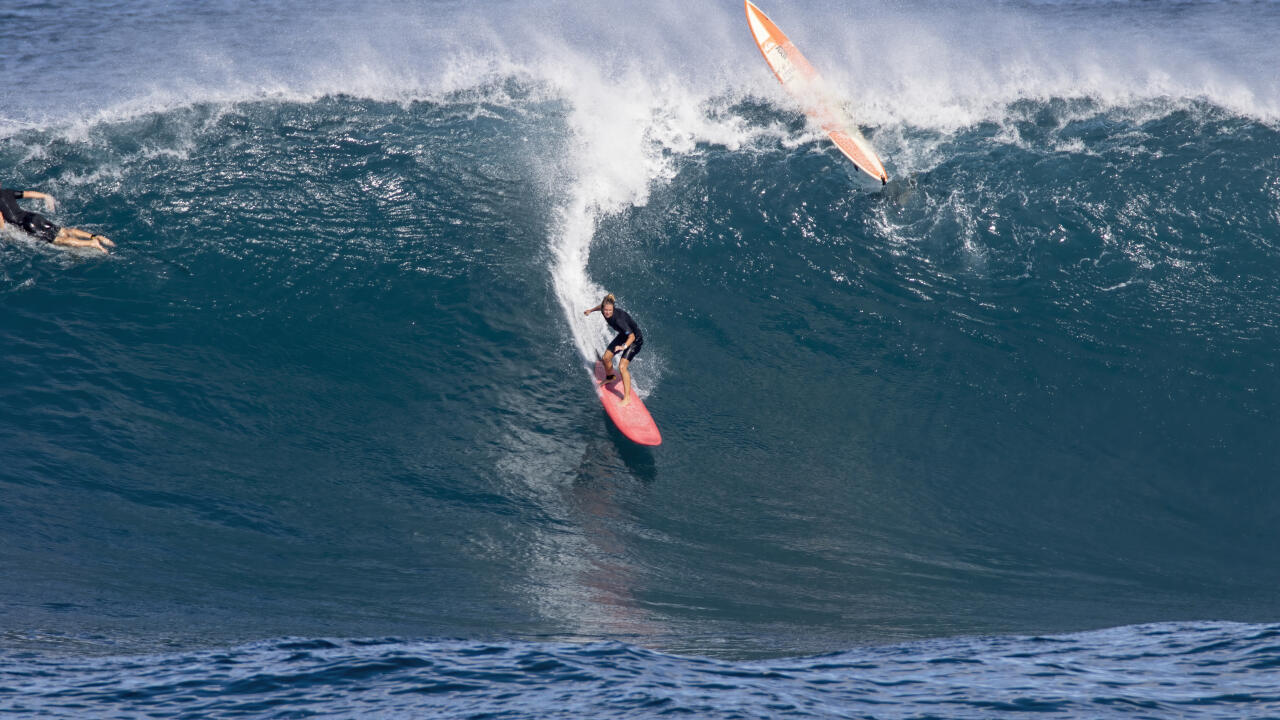 It was the energizing fear of massive waves that ultimately pulled Anzivino out of the dark. "I had all these realizations, like, ‘Oh, I'm not ready to die yet. I still need to be there for my sister,' and, ‘I have this to live for or not'. It put things in perspective," Anzivino shares.

"Just getting that rush of being out in huge surf, and once you finally do get that huge wave and it's like the biggest wave you've ever taken off on, it feels like such an accomplishment. It's such a fiery feeling and it really turned my mindset around and it made me so happy." Anzivino knows that her addiction to the rush of adrenaline that comes with racing down the face of a wave several stories high, your life at the mercy of nature, is a healthier fix than the alternatives. Her mother envisioned more for her daughters.

"Instead of staying at home, drinking away or popping pills, I just thought, ‘I have to get in the water,'" she says. 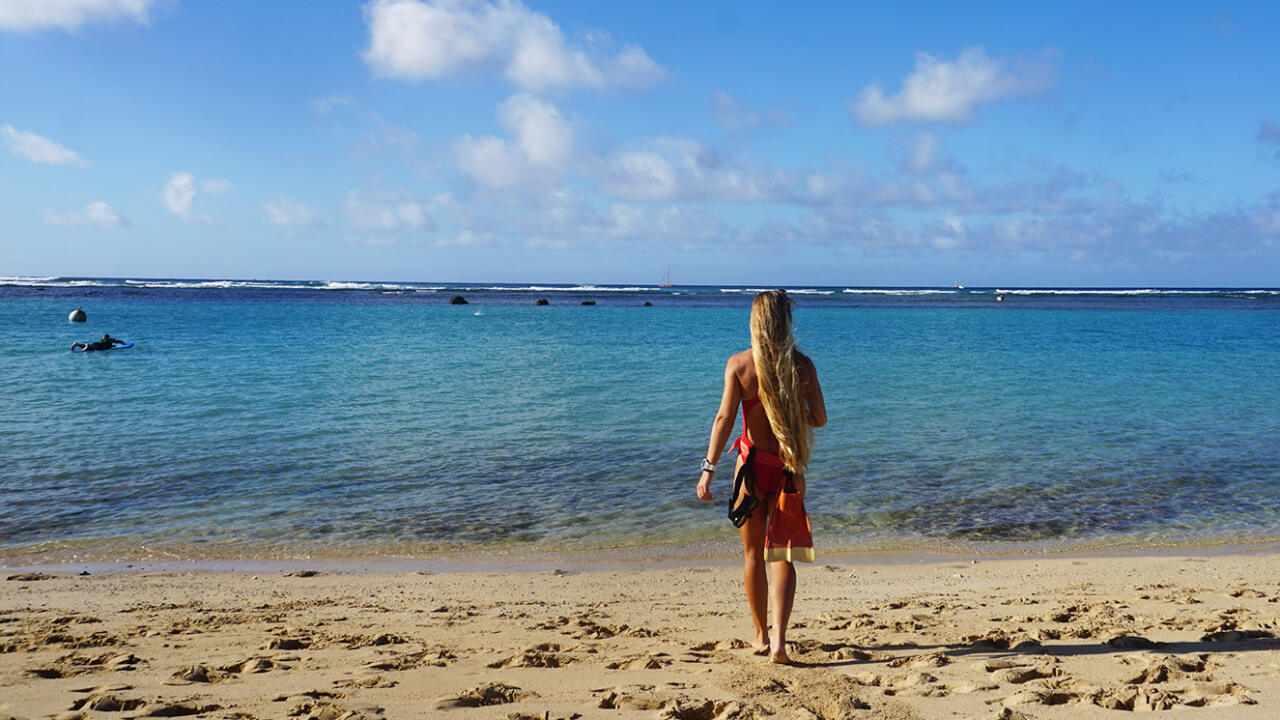 A member of the small but elite group of just nine women patrolling some of the busiest beaches in Honolulu, Maddie's turned saving lives into a career and hopes other young women will follow her lead. - WSL / Cayla Moore

And today, just as the ocean saved her from the depths of depression, the waterwoman earns a livelihood saving others from the sea. Patrolling Honolulu beaches, Anzivino loves her daily grind and hopes more young women will consider the career path for themselves.

And as far as Anzivino's goal? It's to lead by example.

"I see a lot of girls around here, they don't have any hobbies. Why don't they want to want to be a lifeguard?" she ponders. "It would be good to be that role model for younger girls that are growing up here. I would like to see myself as that positive, strong, female influence."